The Rhodesian Ridgeback is the only breed native to South Africa that has received FCI recognition (their fellow Boerboels have not yet received such an honor). Initially, dogs were used to protect livestock, homes and hunt mainly for large animals, another name is the African Lion Hound. Today, Ridgebacks are increasingly being adopted as companions and guards. 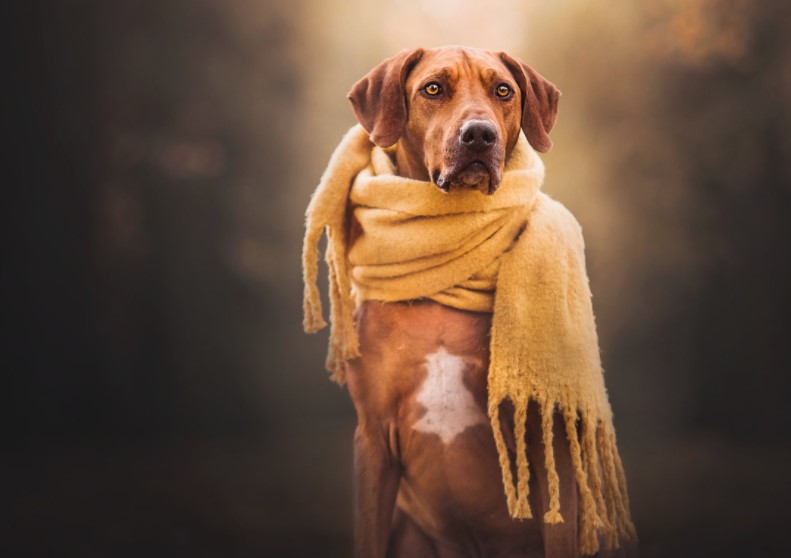 The ancestors of modern Ridgebacks from time immemorial lived among the natives of South Africa – Hottentots. Their distinctive feature was a ridge – a narrow, long section of skin along the back, on which hair grows in the opposite direction. Few breeds can boast of the presence of such a decoration, more precisely three: African and Thai Ridgebacks, as well as aboriginal Vietnamese Phu Quoc Dogs.

In 1505, the Englishman Thiel described the indigenous people of South Africa and could not fail to mention their unusual dogs with a crest on the back. Europeans learned more about the merits of African Lion Hounds only with the beginning of active colonization in the 17th century. The Dutch, Germans, French and British who arrived in South Africa brought with them livestock and four-legged assistants (bulldogs, terriers, dogs, cops, etc.), which were crossed with the local livestock. In addition, uncontrolled crossbreeding of local and visiting dogs constantly took place.

In the late 19th century, Cornelius Van Roer, an African farmer of European descent, became interested in the Ridgebacks. For 35 years he has been breeding and improving the breed. For some time African Hounds were even called “Van Roer dogs”. The dominant trait – the ridge on the back was preserved despite the long interbreeding.

The first description of the breed based on the Dalmatian standard was developed by Frederick Barnes in 1922. It was revised and approved by the Kennel Union of South Africa (KUSA) in 1926. In 1963, the FCI adopted the current standard and officially registered the Rhodesian Ridgeback breed under No. 146. 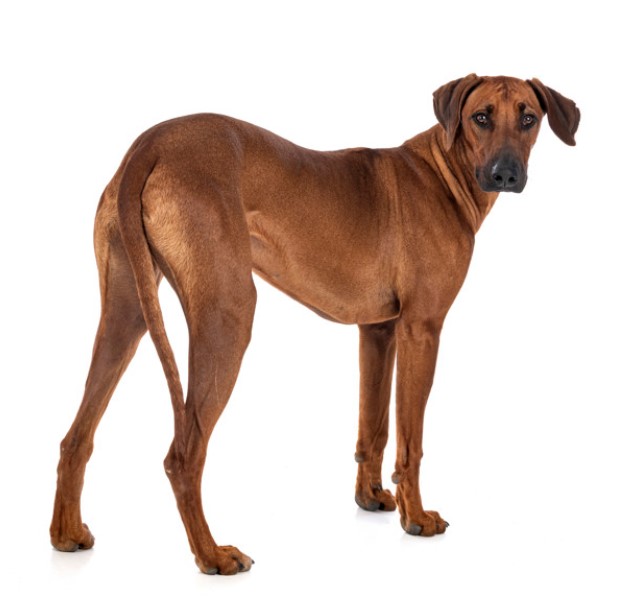 The Rhodesian Ridgeback is a perfectly balanced, agile, strong, and muscular dog, symmetrical in all its outlines, capable of fast, long-running. The movements are light and elegant. Height – 60-70 cm, weight – 28-35 kg.

The skull is of medium length, flat between the ears. The ears, wide at the base, are set high, have rounded tips, and fit snugly to the head. The eyes are moderately spaced, round. Light to dark brown should match the color. The cheeks are smooth. The jaws are strong with a correct bite. The nose is allowed both black and brown, the degree of pigmentation should correspond to the color of the eyes. There are no folds on the head at rest.

The chest is not wide, but roomy and deep enough. Ribs moderately springy, not rounded. The tail is kept in a slightly curved state, strong, gradually tapering towards the tip. The back is straight. The limbs are strong and bony with well-defined muscles and strong tendons.

The coat is short and dense, inviting well to the body, sleek and shiny. The color can be anything from light reddish to wheaten. Few white markings on the chest and toes are acceptable, as well as slight darkening on the face, ears, and tail. 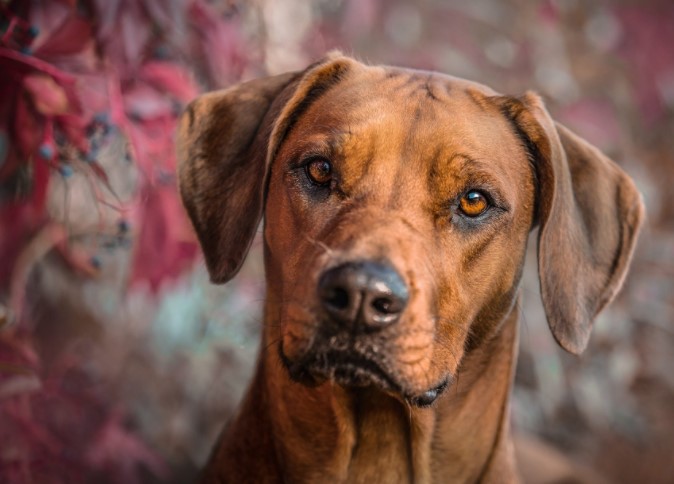 The Rhodesian Ridgeback is balanced, determined, active, intelligent, and independent. He will become a devoted friend and fearless guard and helper. He takes the protection of his family and property, including his car, very seriously. Able to analyze the situation and make decisions. At the same time, he has a sensitive psyche, the dog is characterized by resentment, stubbornness, he feels and understands the mood of the owner. Absolutely does not tolerate loneliness or unfair treatment.

In a normal situation, Ridgebacks do not show aggression and do not express shyness: they are confident in themselves, indifferent to strangers. Always alert and curious with a well-developed hunting instinct. They don’t bark in vain, they give a menacing voice only when necessary. With other dogs, they behave friendly, with interest, or indifferent. They do not start or provoke fights. Cats are usually disliked, but they can lead a peaceful coexistence with pets. Small animals, as well as birds, are regarded by the dog as potential prey.

Ridgebacks usually have very good relationships with children. With an older child, the dog will enjoy walking and frolicking. Ridgebacks are absolutely unsuitable for people who will not be able to give their pet enough attention and time, those who are not going to take a responsible approach to the issue of training and education, as well as elderly and timid personalities. 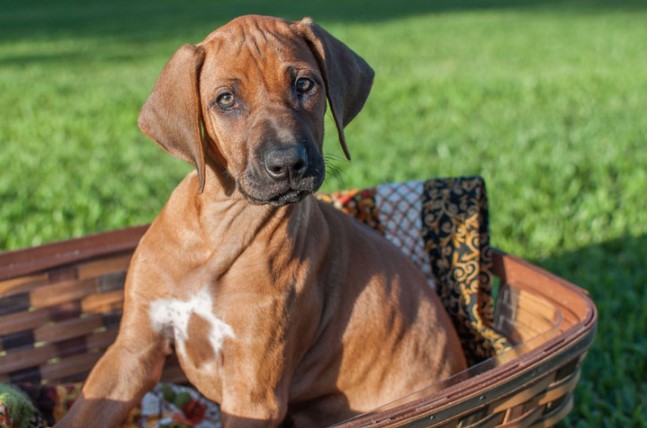 Ridgebacks are not suitable for permanent residence on the street, even if there is an aviary with an insulated booth. Often they are kept in an apartment, but the optimal conditions will be living in a private house with a plot. At the same time, the time spent on the street alone is not equated with active walks, games, and training with the owner. The dog does not have a specific smell. Only short coarse wool scattered around the house will bring a little trouble. During the puppy’s growing up, many owners are faced with the problem of damage to things.

Minimal care is required. It is recommended to comb the dog 2-3 times a week, use special mittens or thick natural bristle brushes. The procedure will noticeably improve the condition of the coat and reduce its quantity in the house. Ridgebacks are bathed 2-4 times a year, as a rule, before the show or at the end of the seasonal molt. It’s also important to keep your dog’s eyes and ears clean and dry. It is advisable to brush your teeth at least a couple of times a week. As additional prevention of tartar, the dog is offered rope toys. Ridgebacks have almost no undercoat, so in winter the dog must be dressed in overalls. 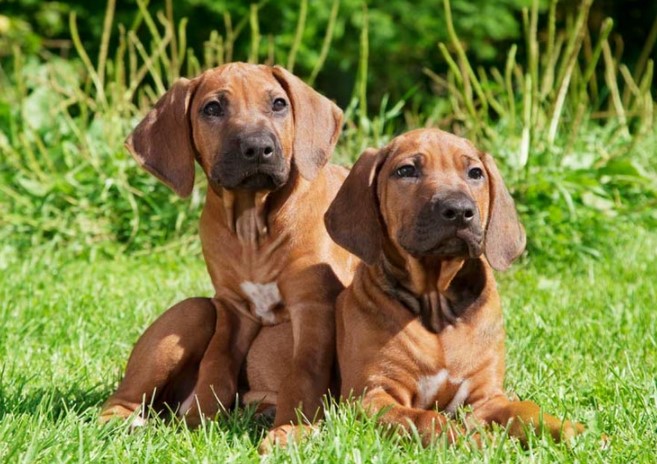 African Hounds are strong and hardy dogs with good immunity and high protective functions against many diseases. Most often, the diseases that they manifest are hereditary or acquired due to improper conditions of maintenance, care, and nutrition. Ridgeback hereditary diseases: