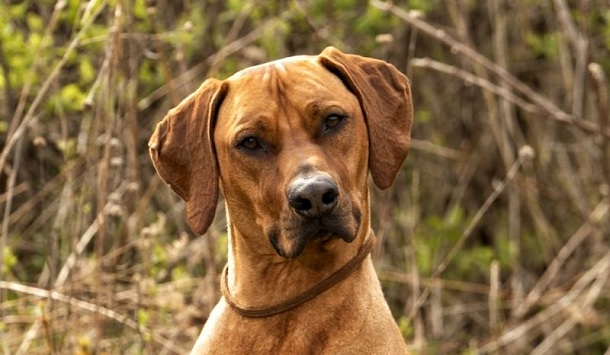 Raising a Rhodesian Ridgeback puppy begins from the first day the baby arrives in your home. Remember that your life changes dramatically with the appearance of a dog.

Immediately determine what rules for the dog’s residence in the house you want to establish. Never allow a puppy what an adult dog will not. For example, if you are not ready to share a bed with an older Ridgeback, you should not take a puppy there.

Stick to your own rules. The dog does not understand the situation “it is always impossible, but today it is possible.” A puppy who grows up in an atmosphere of conflicting demands and inconsistent attitudes becomes jittery and irritable.

The puppy should have a specially designated place for him. It is better if the dog is lying where he can see both the room and you. But at the same time, the place should not be located in a draft or in a passage.

Never molest your dog when it is in its place. This is her refuge where she can retire.

In all civilized countries, it has long been recognized that the best method of training any dog, including the Rhodesian Ridgeback, is positive reinforcement. Reinforcement is what the dog wants at the moment. For example, it can be a treat, toy, praise, affection – study your puppy to understand what makes him happy at every moment. Most Rhodesian Ridgebacks are food workers, that is, they are insanely happy with the delicacy.
When complimenting a Rhodesian Ridgeback, be generous with emotion. You will “charge” your pet with your joy, and he will be happy to please you.
The commands are pronounced clearly, confidently, and distinctly. If you are not sure if the command will be executed, it is better not to issue it at all. Otherwise, the Rhodesian Ridgeback will quickly learn to ignore those commands that he does not like.
All lessons with a puppy are carried out exclusively in a playful way. Games are, in principle, irreplaceable for a dog, so do not neglect them.

It is difficult for the Rhodesian Ridgeback to concentrate on something for a long time, so add variety to your activities. If the Ridgeback gets bored, he will be imbued with a dislike for classes, and this will significantly complicate the training process. It is better to practice several times a day for several minutes. Classes end the moment your pet is still eager to continue.
Classes start out in a quiet, familiar place where nothing will distract your four-footed friend. Then the places of study can be varied.