On the mat, set, go: Yoga with a dog strengthens the relationship and is just right for stressed two- and four-legged friends. Read more about Doga here.

Contents hide
1 What is Doga?
2 Doga: Benefits For Dogs and Humans
3 What Should You Watch Out For With the Doga?
3.1 Pay Attention to the Body Language of Your Four-legged Friend
3.2 Go to the Right Doga Studio
3.3 Be Open to Something New
4 Which Dogs Are Best for Doga?
5 Can a Puppy Do Yoga for Dogs?
6 Doga Exercises
6.1 Breathing Exercises and Massages
6.2 The Looking Down Dog
6.3 The Warrior 2 (Advanced)
7 Doga Courses: Prices and Offers 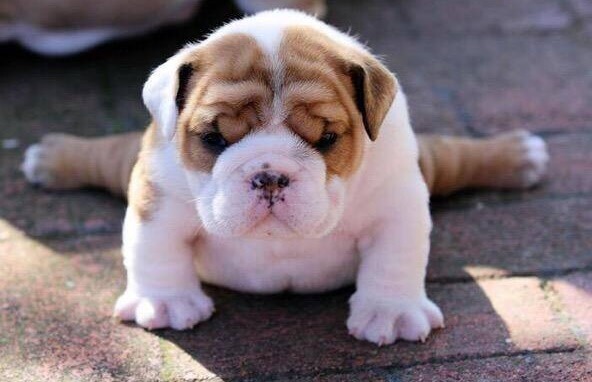 The term doga is made up of the two words “dog” and “yoga”. In this country, the term “yoga with a dog” is also common. This is not a classic dog sport in which the dog is the main actor. Rather, as a dog owner, it is more about consciously taking a break with your darling and involving them in yoga.

The idea for Doga originated in the dog city par excellence, New York. With this variation of yoga, the inventor Jennifer Brilliant wanted to strengthen the relationship between dogs and humans and help them relax more. In Europe, yoga with a dog is still a rarity, but the sport can be seen as an insider tip!

Doga: Benefits For Dogs and Humans

What sounds like a curious trend at first, gives a coherent picture on closer inspection. Because yoga is known to be used to reduce stress and to come up with positive thoughts. A dog orients itself by its human. If the “pack leader” is energized day after day, this unrest is transmitted to the four-legged friend.

Stress factors such as moving or growing within the pack can also cause nervousness and discomfort in the dogs. As a result, undesirable behavior can emerge. In addition, stress can have a negative impact on the dog’s health.

In order to break this vicious circle, targeted relaxation training such as Doga – not as the sole miracle cure – but can also help. In addition, gentle movements and stretches are a real treat for the joints.

Finally, the strengthening effect of the dog-human relationship should be discussed. During the exercises, four-legged friends learn to trust their human beings, and close physical contact promotes a sense of belonging.

What Should You Watch Out For With the Doga?

Just as some four-legged friends stretch themselves and adopt hilarious positions in their sleep, one might think: “My dog is a real Doga natural talent!” But as with all dog sports, there are some tips to keep in mind when doing yoga with a dog.

Pay Attention to the Body Language of Your Four-legged Friend

There are some dogs who enjoy lying on top of their humans and relaxing wonderfully in the process. Others, on the other hand, prefer to come to rest with a little distance from people. No matter how the yogi can best draw new strength on four paws – everything must be respected and no exercise should be forced with pressure.

Correctly interpreting the dog’s signals is especially important when entering new, as yet unknown terrain such as Doga.

Go to the Right Doga Studio

An experienced Doga course leader will ask about any health problems before the lesson. If there are some construction sites, she offers special exercises that are suitable for the dog. In addition, the Doga depends on inner calm and relaxation – both of which a Doga teacher exudes with competence.

Be Open to Something New

It is best for the participants to approach the matter with openness and curiosity. For some, it may seem strange at first when mantras are chanted with like-minded people or when intensive breathing exercises are pending. But only those who get fully involved with Doga and have fun with what they do will be treated to soothing relaxation afterward.

Which Dogs Are Best for Doga?

For all those who are breaking new ground with Doga (and also yoga), it is advisable to attend a Doga course. There are some requirements for this:

If one of these requirements is not met, some Doga studios offer one-to-one lessons that take place either at home or in the studio. As with any dog sport, a health check-up at the veterinarian is recommended beforehand. Important: In the event of health problems on the part of the dog owner, medical advice must also be obtained.

There are no clear recommendations regarding the suitable dog breeds for Doga. Because yoga for dogs has many aspects and can therefore be tailored to individual needs. A pug will have just as much fun in gentle relaxation exercises as a border collie in dynamic flows.

Can a Puppy Do Yoga for Dogs?

If the Doga adapts to the puppy, there is nothing to be said against it, but a lot for it! Looking back, many people associate puppy time with a very nice time. But especially in this exciting phase, there is shredded furniture, sleepless nights, and regression during training.

With the joint yoga sessions, you may be able to lower your pulse and be prepared for puppy time with new strength. House training of the puppy is an advantage (and also a prerequisite for studios).

How exactly do Doga exercises look like in practice? Here are a few examples that future dogas can expect:

Take a deep breath, please: Doga breathing exercises (pranayama) are of course not about teaching your four-legged friend a liberating puff at the push of a button. Rather, this exercise aims to consciously take the time to breathe for a moment and thus give the dog peace of mind.

What also has a calming effect on the dogas are gentle massages. These are carried out under the guidance of an experienced Doga trainer. The biped can, for example, take the heel seat.

The Looking Down Dog

From the Akita Inu to the dwarf Spitz, every dog ​​masters this position from the FF. After all, the popular exercise, which is reminiscent of a “V”, is called a “downward-looking dog”. The animal yogi stands on all fours and shifts his weight on his hind legs, while the front paws are stretched out and the buttocks point towards the ceiling.

The body position is rewarded with words of praise or a treat. Alternatively, the two-legged friend can practice on the downward-looking dog while the fur nose lies next to it and relaxes.

The warrior asanas of classical yoga score among other things by improving balance and promoting concentration. The Warrior 2 Pose is particularly suitable for Doga, even if it is a modified form.

A medium-sized four-legged friend can support itself with its front legs on the human leg, which is bent at a right angle. As a little help, the two-legged friend gently grabs the dog under the “arms” with his hands.

Those who prefer Doga courses with experienced trainers will find what they are looking for with a little research on the Internet. Especially in big cities, studios offer regular Doga courses or workshops. The courses take place either indoors in a quiet atmosphere or in some cases outside in nature.

Online courses in which all participants are connected via live cam are also possible. The price for a Doga unit with several participants is around $20 to $25. Higher prices are to be expected for individual lessons.