One of the morning television shows in the UK invited a lady named Lucy. Lucy is a fierce vegan, which is no longer capable of causing a stir, but TV people found it interesting that a woman has a dog that is also a vegan. Smooth and well-fed husky, according to his mistress, made a conscious choice in favor of giving up meat and prefers dishes of plant origin. In general, everything would be very nice and would not have attracted special attention from the public, if not for the experiment on a live broadcast in the studio. 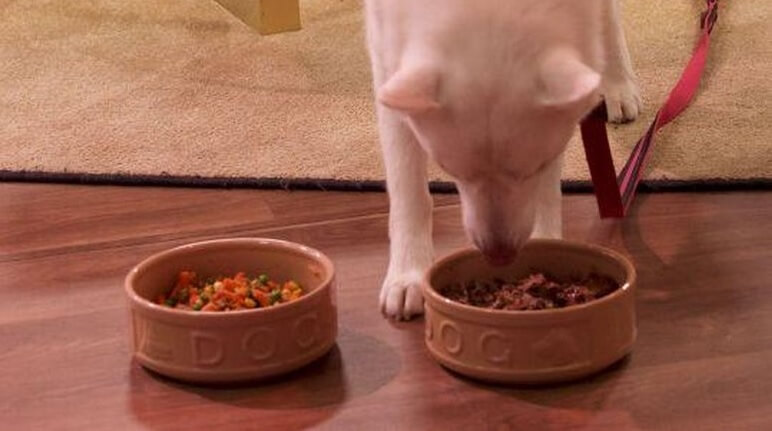 The hosts brought out two bowls of food for Storm the husky. One had a vegan dish of peas, carrots, and other plant-based delights, and the other had just great fresh meat. And the dog was asked to make a choice. The result of the experiment upset Lucy, but amused the hosts – the dog preferred meat! Moreover, Storm ate it with an enviable appetite, completely ignoring the vegan dish.

A veterinarian invited to the studio advised not to deprive the dog of the opportunity to make independent food choices and to cancel forced veganism.