Which breed of the dog knows at lightning speed what bipeds expect from it? Who learns tricks the fastest or is suitable for complex tasks such as working as an assistance dog? Clearly: smart snouts! We introduce ten of the smartest dog breeds.

Intelligent Dog Breeds in a Nutshell:

The Smartest Dogs in the World

What distinguishes smart dogs? Dog experts do not fully agree on this. There are four-legged friends who don’t like to listen to commands – after all, they themselves know best where to go. That doesn’t necessarily mean they are any less smart.

Researchers often describe intelligence in animals as problem-solving skills. For example, in examinations with complicated, hidden treats that the dogs have to work for. So it’s about answers to the question: How well can a dog solve problems on its own?

Another approach is that smart dogs learn more quickly what a human wants from them. Basic obedience, dog sports, tricks – with them everything fits after a few repetitions. We present ten of the smartest dog breeds. Everyone can think independently and still enjoy learning together with their two-legged friend. 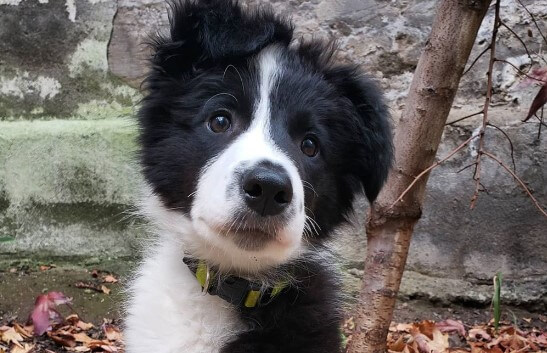 Border collies are considered workaholics among herding dogs. They are athletic, extremely docile – and demand corresponding tasks. Border Collie Rico appeared on the TV show in 1999 and impressed the audience: He was able to distinguish 77 different toys and bring them on command.

More were added in the following years, until Rico was able to bring over 250 soft toys on demand. Researchers found: Rico learned new words much like young children.

Unfortunately, the poodle has a dusty image as a pampered grandma dog. We’re doing wrong to both most grandmas and poodles. Because the poodle is not only athletic but is also one of the smartest dog breeds.

Would you like to learn a trick? After a few repetitions, the poodle will know what you want from him. Dog training is a lot of fun! Poodles are also suitable for hunting or agility – they are real all-rounders.

The Doberman is one of the imposing breeds that are often used as guard and protection dogs. Unfortunately, many underestimate the wisdom of the recognized service dog. He is always curious, eager to work, and learns quickly. Since he is always under tension, the Doberman needs experienced owners who consciously give him breaks.

Despite their vigilance and willingness to defend their loved ones, the Doberman Pinscher is sensitive and also quickly recognizes the mood of its people. A clever head!

Brave and Clever: the German Shepherd

It was not just since Commissioner Rex that it was clear: Shepherds have a lot of brains. The former companions of the shepherds happily work with their humans. They listen to every word and are welcome four-legged colleagues in the police, in the military, and in customs.

Pretty, cuddly, and very docile: The Golden Retriever has many great features that make it a real piece of gold.

With his big “Will to Please,” he happily works with his two-legged friend. Combined with its above-average intelligence, this is an ideal prerequisite for its use as a guide dog or assistance dog.

All Retriever breeds have a lot in mind. In addition to the famous Golden and Labrador Retrievers, we would like to introduce a Retriever representative who is particularly quick to grasp: the Nova Scotia Duck Tolling Retriever.

His job in the hunt was to lure ducks by playing near the bank – and to retrieve them after the shot. Pretty nifty! He learns quickly and remains playful into old age. But be careful: He has a great deal of enthusiasm for work and needs suitable tasks.

Terriers do not have a good reputation due to their exuberant temperament and occasional intolerance to other dogs. However, even among the terrier breeds, there are some with above-average intelligence. One of them is the Irish Soft Coated Wheaten Terrier.

He learns quickly and impresses his human pack with his lively manner. This four-legged friend also needs a lot of activity and is therefore not for comfortable people.

The attentive facial expression is not misleading: the continental miniature spaniel is a bright little fellow. Regardless of whether the ears are upright as with the Papillon or hanging (Phalène): a lot happens between them.

These four-legged friends are curious, love to work with people, and learn quickly. If you are looking for a particularly clever little dog, you will make the right choice with a continental miniature spaniel.

Smart as Lassie: the Collie

Nostalgic people won’t be surprised: long-haired collies like the clever Lassie are among the most intelligent dogs. The Scottish Sheepdogs are not only very eager to learn, they are also empathetic and can assess the mood of their humans very well. When it comes to cleverness, the Shorthair Collie is in no way inferior to him.

The Shetland Sheepdog, or Sheltie for short, was an avid helper and all-rounder on farms in the Shetland Islands. He is considered a sensitive companion who learns quickly and likes to subordinate himself. Due to his joy in learning, he is well suited for dog sports such as agility or obedience.

In the course of the first years of breeding, clever Collies and Papillons were crossed.

Are There Any Stupid Dogs?

The ten breeds mentioned are examples of particularly clever four-legged friends – of course, there are other clever dog breeds. And less clever? Independently thinking dogs often do poorly in comparisons around dog intelligence.

For example, the Afghan Hound has little obedience intelligence, which is why it is often referred to as the “stupidest breed of dog”. The lone hunter has hunted alone for centuries, is independent, and does not like to subordinate himself.

To call him “stupid” is too simplistic.

Even among the clever breeds, there are dogs that occasionally stand on the proverbial long line. No problem! Young animals in particular often find it difficult to concentrate. You need more repetition and lots of praise. You can look forward to it all the more if the joint training works!