Disney has delighted young and old with fabulous films for decades. But in which stories did cats appear? What is their race and what is their name? Pettime investigates these questions.

Contents hide
1 Aristocats: Angora Cat Duchess and Children
2 Alice in Wonderland: Cheshire Cheshire Cat
3 Figaro, the Cat From Pinocchio
4 Si and Am, the Cats From Lady and the Tramp
5 Sergeant Tibbs, the Cat From 101 Dalmatians
6 Lucifer, the Cat From Cinderella 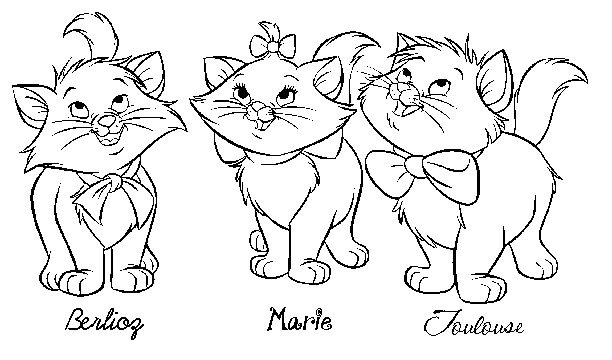 Hand-drawn by Walt Disney, Aristocats tells the story of Duchesse’s lovable cat family and their three children. The funny velvet paws have to assert themselves against Edgar, the malicious butler, who wants to dispute their house. They get support from the clever street cat Thomas O’Malley. He wins their trust and is soon more than just a helper in times of need.

What are the intentions of the Cheshire Cat in “Alice in Wonderland”? Certainly nothing good! Or maybe yes? In any case, one thing is certain: Your broad grin alone is scary and haunts the faint-hearted to sleep. Also eerie is their habit of appearing out of nowhere. And it doesn’t really add to the general comfort that the residents of the wonderland are a good deal afraid of her.

Figaro, the Cat From Pinocchio

Figaro is the cheeky little kitten from Gepetto, the wooden toy maker, from “Pinocchio” from 1940. The house tiger, which was not brought up perfectly, is snotty, but at the same time incredibly cute.

Si and Am, the Cats From Lady and the Tramp

The Siamese cat siblings Si and Am from 1955 are mean and scary. The two ominous short-haired cats are devious and make life really difficult for the dogs in the film Lady and the Tramp.

Sergeant Tibbs, the Cat From 101 Dalmatians

Sergeant Tibbs is the tabby cat from 101 Dalmatians. She helps save the puppies. Do you know the names of the pups?

Lucifer, the Cat From Cinderella

Lucifer is Lady Tremaine’s black cat with a devious and malicious personality. Like the stepfamily, the velvet paw is cruel to Cinderella.