The bear, pretty tired of running away from a pack of dogs, decided to take a nap at the top of a power transmission tower near Shelbrook, Canada. However, its dream did not last long. 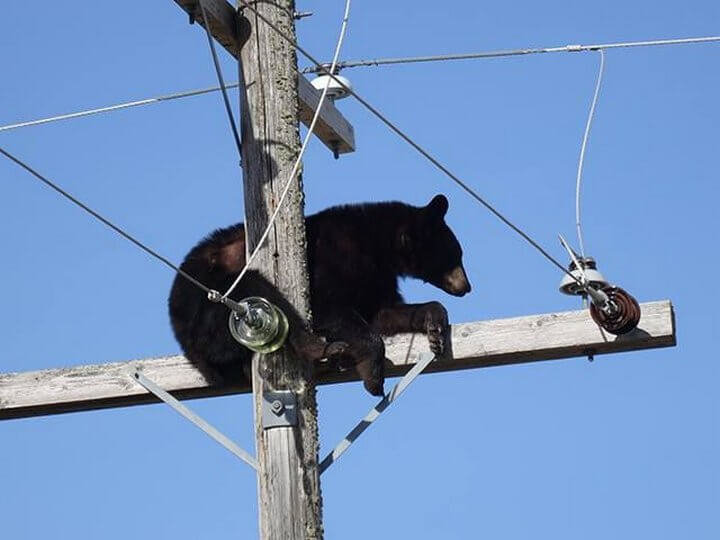 Having climbed to the top of the pillar, the clubfoot, apparently, was pretty tired, and, wanting to rest physically and mentally, decided to take a nap. Feeling completely safe, it curled up in a ball and almost instantly fell asleep. However, it was not given a long rest. Soon, employees of the company responsible for the city’s power supply arrived at the scene, preparing to remove the animal from the pole until it left the city without electricity. 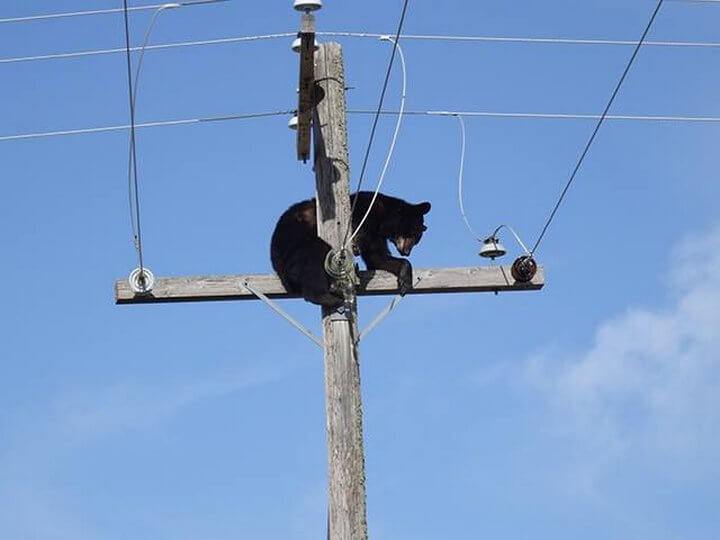 Fortunately, at that moment, when they were already preparing to shoot, the bear woke up and after a little hesitation decided to go downstairs on its own. “The bear was already at the very top, while our team arrived at the scene. Apparently, it settled down comfortably and decided to take a nap” said one of the employees. 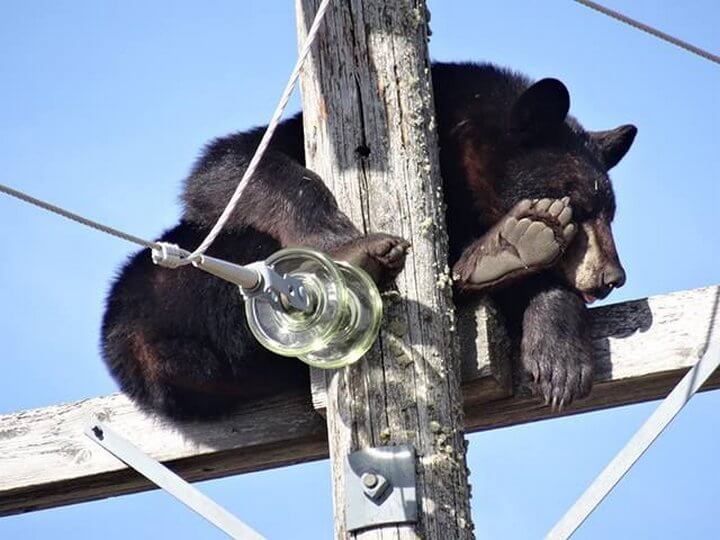 Luckily for the bear, he managed to get down without hitting the live power lines. Of course, there was a danger for the bear. The slightest touch of the wire would be fatal to it. 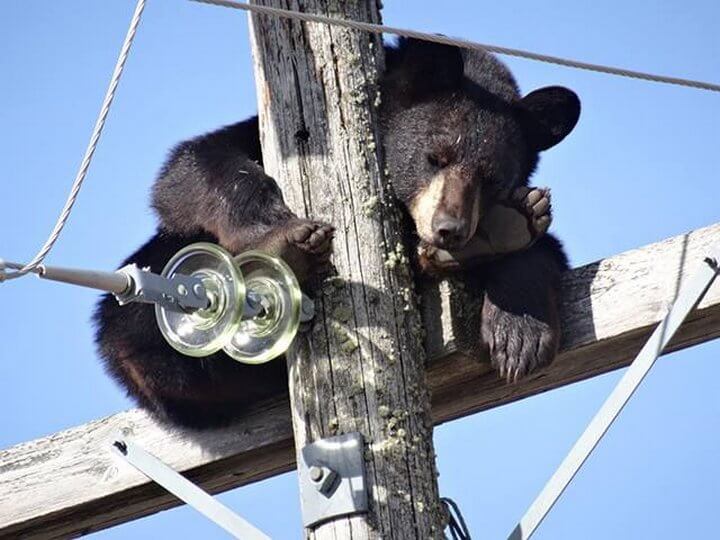 Note that such incidents are not uncommon for Canada, but they do not always end so well. Earlier, another bear, who climbed onto a power transmission pole, did not want to go down voluntarily and was killed by an electric shock during the rescue operation. 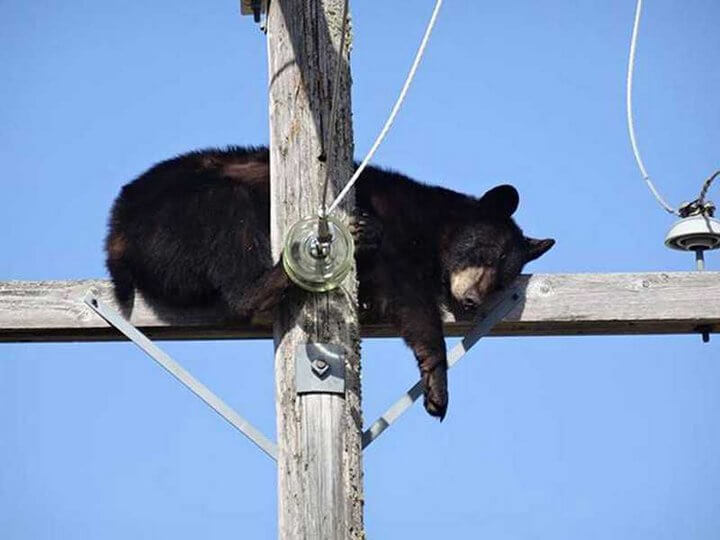