Eating a vegan diet for your own dog? Many dog owners shake their heads in disbelief at this thought. The opinion is widespread: the dog is a carnivore, i.e. meat eater. An increase in a vegan lifestyle has been observed in humans for years. Among the vegan dog owners, there are also those who forego animal products in the food of their four-legged friend. Are there any concerns from a medical point of view and what should be taken into account with vegan feeding?

What Dog Food is There? 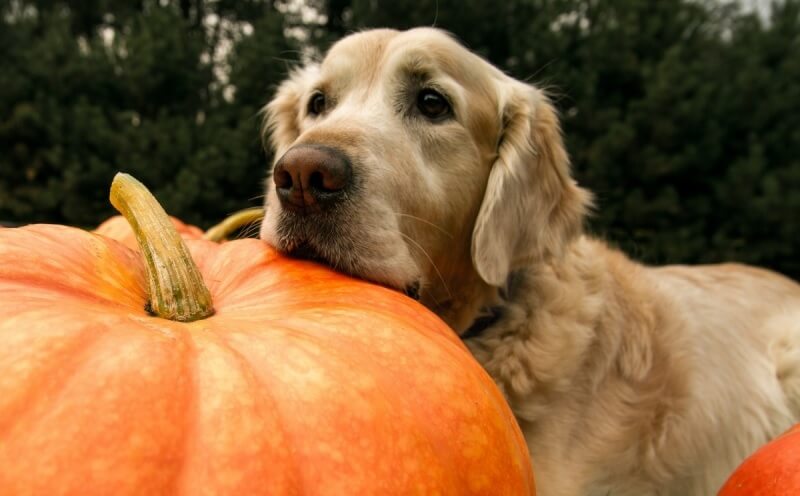 What is the best food for my dog? Not an easy question, after all, the dog food market is booming. Every manufacturer advertises that their feed is the best choice. The immense selection and also clever marketing strategies can make the purchase decision difficult:

Vegan Dogs: What’s Behind It?

Some vegan dog owners refuse to allow other animals such as cattle, chickens, and horses to be exploited because of their four-legged friends. The thought that one’s own animal has a special position while farm animals never experience what a species-appropriate life feels like is, for many, incompatible with their conscience. The German Vegetarian Association, VEBU for short, currently assumes 8 million vegans – that is around 10% of the population. Therefore, the increasing demand for vegan dog food is not surprising.

There is also the health component: many conventional ready-made feeds contain harmful preservatives. The “real” meat content is low, especially with inexpensive feed. Instead, slaughterhouse waste is processed into dog food. Some dog owners who opt for vegan feeding see enormous health risks in the meat-based diet. As an alternative, there is the barfen, where every dog ​​owner can get the organic meat in the supermarket, at the butcher, or online. But there is again the matter of animal welfare and species-appropriate living.

Carnivores feed exclusively or predominantly on meat, while omnivores are omnivores. In this regard, dogs cannot entirely be assigned to one category. The term “facultative carnivore” is currently the most commonly used. This means that the dog mainly eats meat and can partially consume plant-based food.

How Much Wolf is There in the Dog?

Canis lupus, the scientific name for the ancestral form of domestic dogs, is a carnivore. The wolf hunts in packs and prey – depending on the area of ​​distribution – for example, elk, brown hares, or beavers. Occasionally the wolf eats herbs, fruit, roots, or household waste. Wolves and dogs are equipped with teeth that are perfectly aligned for meat consumption. But some scientists are of the opinion that the dog has adapted to a new diet in the course of domestication. A study published in 2013, led by researcher Erik Axelsson and others, showed an adjustment in how dogs digest starch. Starches are carbohydrates found in grains, vegetables, and potatoes.

Carbohydrates, fats, minerals, trace elements, and proteins occur in both animal and vegetable products. It is therefore of secondary importance which source a dog gets its nutrients from. The dog suffers a deficiency – just like humans – if he receives certain nutrients in insufficient quantities or not at all over a long period of time.

When Can Deficiency Symptoms Occur?

A dog that has been fed a poor quality wet or dry food for years is likely to suffer from deficiency symptoms. Barfen is a good alternative to ready-made feed, as the proteins and amino acid chains are not lost in the raw state. When putting it together, it is important to ensure that the diet meets all of the dog’s needs. If a dog owner decides to prepare the portions himself, he must not go by feeling. Rather, the daily ration for the barf menu must be professionally calculated in order to prevent health problems. It’s the same with homemade vegan dog food.

A little carrot decorated with a lettuce leaf? This is of course not what the bowl looks like when the dog is served vegan food. The vegan feeding of a four-legged friend can be varied and nutritious. Provided that the dog owner is very familiar with the food. This should be rich, digestible, and also tasty for the four-legged friend. But caution is advised here: What is very healthy for humans can be dangerous for four-legged friends. Among the fruits and vegetables, there are some that are poisonous to dogs. In contrast, there are many alternatives that can end up in the bowl as ingredients:

If you are planning to feed your dog vegan, you are not on your own. In specialist shops, there is vegan organic dog food from the can, dry food, or treats. The finished products are suitable for insecure dog owners to get started. As with other feeds, preservatives and other additives must be avoided at all costs.

Vegan Dog – What Should You Watch Out For?

Studies show that in the course of domestication, the dog’s digestion has split off from that of the wolf. But whether animal lovers who feed their dog vegan are on the safe side remains to be seen. The trend towards vegan dog food is still relatively young so that many view this type of feeding with critical eyes. Every dog owner is responsible for his beloved four-legged friend. Ultimately, high-quality and nutritious food should end up in the bowl – whether with meat or vegan is the free decision of the dog owner.