Which Mediterranean diseases are there in dogs and what should be considered when traveling or adopting abroad? Read the answers here!

What are Mediterranean Diseases in Dogs? 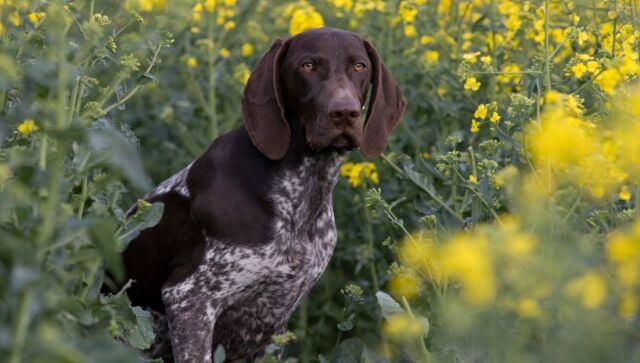 This is a popular term that summarizes various infectious diseases. The sometimes life-threatening diseases occur mainly in dogs in warmer countries in southern and southeastern Europe (Spain, Italy, Romania, etc.).

Some of the Mediterranean diseases are now also widespread in Germany – albeit not of the same magnitude. The boundaries are becoming increasingly blurred as dog vacations and adoptions from affected countries become increasingly popular. Global warming also ensures that some parasites and pathogens spread in Germany.

The infectious disease is caused by the bacteria Anasplasma phagocytophilum and Anasplasma platys. While the first type of bacteria has gained a foothold worldwide, the second is mainly located in southern Europe due to its vector, the brown dog tick. Treatment is usually with antibiotics and the four-legged friend has a good chance of a quick recovery.

Triggered by a tick bite, this disease causes a variety of symptoms such as fatigue, paralysis, or epileptic fits. If left untreated, a chronic disease is fatal. In addition to the brown dog tick, which originally comes from North Africa, the native alluvial forest tick is also a disease carrier.

With Ehrlichiosis – also called tick fever – four-legged friends can become infected by the bite of the brown dog tick. The course of the disease can be divided into three phases. In the acute phase, fever and swelling of the lymph nodes can occur, among other things. This is followed by a symptom-free stage before the chronic phase follows with symptoms such as lameness, cramps, and water retention.

Hepatozoonosis is transmitted to a dog by eating an infected tick. Here, too, the brown dog tick is the “culprit”. The earlier the infectious disease is recognized in the dog, the better the chances of a carefree life. One downer remains: the drugs cannot completely eliminate the pathogens.

Filariasis is caused by various roundworms. Heartworm and skin worm (worms in dogs) are particularly common. The nematode larvae (microfilariae) enter the dog’s bloodstream through mosquitoes. Depending on the target tissue, symptoms can include coughing, shortness of breath or itching, and eczema.

Leishmaniasis is a serious threat to dogs in the Mediterranean and Southeastern Europe. It is triggered by infected mosquitoes. The insidious thing about the disease: a long incubation period and a wide range of symptoms that can indicate other diseases. A vaccine has been available for several years, which does not protect against infection, but effectively protects against disease.

Vacation time is relaxation time – this also applies to dog vacations in the Mediterranean. It is not possible to protect the four-legged family member 100% from all Mediterranean diseases. But with a few tips dog owners can reduce the risk of infection.

Responsible animal welfare abroad has many facets. One of them is to get a blood test for Mediterranean diseases before dog placement. Future adopters receive the test result and, if the result is negative, look forward to their new healthy family member. There is one catch: the test does not provide 100% certainty.

The dog can become infected with one or more Mediterranean diseases after a negative laboratory result. The second possible scenario: At the time of the test, the disease is not yet detectable. In order to be certain, two more “Mediterranean checks” are to be carried out at intervals after arrival in the new home.