If you have a cat, you have probably witnessed its aggression more than once (and most likely you have scratches to prove it).

Cats love to attack their toys and even their friends, but since they are mysterious animals, their intentions during play are not always clear. All this is nothing more than fun and play until the cat oversteps the boundaries and starts scratching and biting. Read on to find out how to spot cat aggression while playing and how to stop pranks that get out of hand in time. 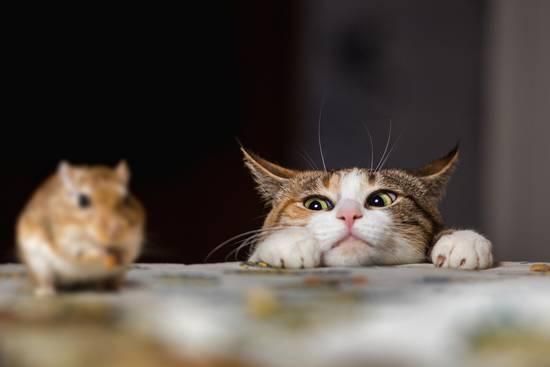 Aggressive cat games aren’t limited to scratching and biting. Aggression, as the American Society for the Prevention of Cruelty to Animals (ASPCA) explains, is “threatening or dangerous behaviour directed at a person, another cat, or other animals.” This type of behaviour can be recognized by offensive or defensive postures, characteristic growls, kicks and slaps with paws, flattened ears, arched back, tense paws or tail. You will know that the cat is ready for a full-scale attack when she draws out the weapons in her arsenal – teeth and claws – to show how determined she is.

Play aggression in cats can be caused by various reasons – from possessive instincts (in relation to a person or other cats or dogs located on its territory) to redirected aggression (it is not able to attack the aggressor, therefore it takes the evil out on you). It is more than likely that during the game, her behaviour is motivated by the natural hunting instincts of the predator. In that case, you are her victim! Cats are also adept at hiding their health problems, and temporary bouts of aggression may just be an instinctive defensive response to pain. If these attacks of aggression are uncommon for your furry beauty, you can consult your veterinarian and schedule an examination to make sure that the cat is healthy.

Pampering should not be encouraged

Weaning an animal from aggressive play can be difficult because cats are generally difficult to train, but there are ways to redirect their energy. Ideally, you should stop interacting with the cat as soon as she starts showing aggression, thereby showing her that this behaviour is unacceptable. In order not to become a victim of your pet’s hunt, use her favourite toy, which she can attack instead of you. Brace yourself completely outside the equation by throwing the toy across the room instead of holding it in your hand while playing (this might help calm the animal, but it can also be an incentive for aggressive new play). 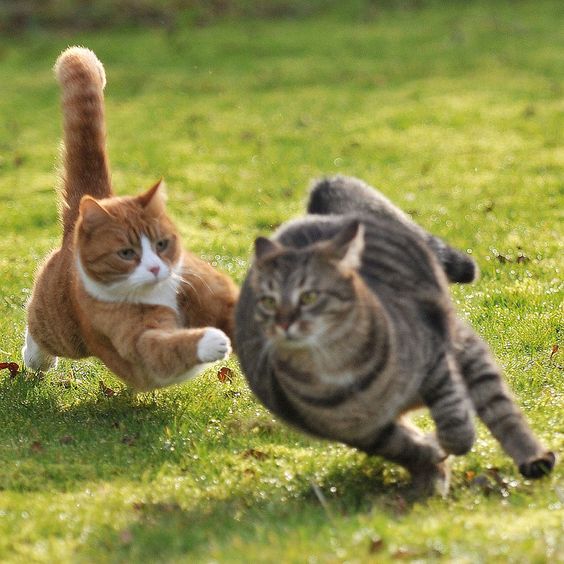 Even if the cat bites you on the ankles, never yell at her. Such punishment can harm the trust that has developed between you and even causes the animal to become even more aggressive towards you.

Instead, teach her positive ways to play that will reduce her aggression, such as offering her feather toys, balls, and crumpled pieces of paper.

Aggressive games with other animals

If you have other pets in the house, you may notice that your cat kicks or bites its furry companions. Typically, this behaviour indicates her natural desire to frolic. If you don’t see any of the typical signs of aggression, such as a crooked back, standing fur or hissing, you can be sure this is just a game. If it happens between a cat and a dog, then it is usually easy to tell from the dog whether she likes the process, because in this case she will wag her tail or allow the cat to climb on it. Playing between two cats is a little more complicated, because one cat may be in the mood to play, while the other is not at all happy with the idea. Accordingly, if the moods of the cats do not coincide, you should distract the one that is eager to play, or separate the two darlings on the sides in order to prevent an aggravation of the situation. 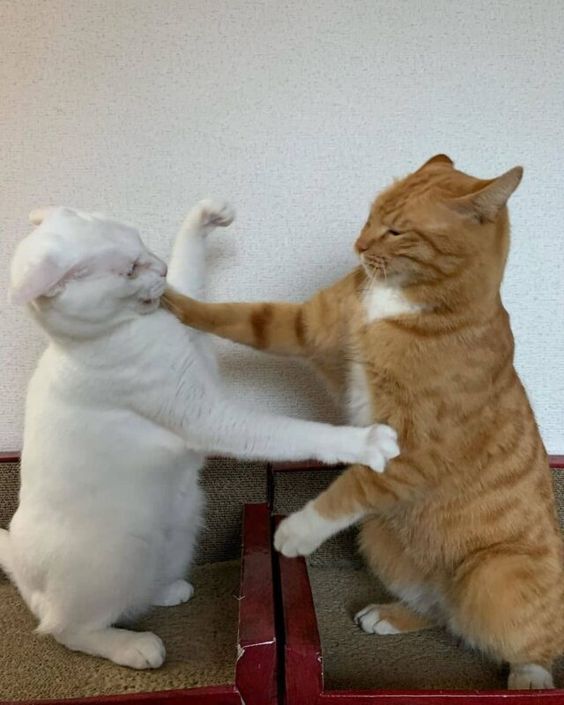 Pets love to frolic. This is necessary for their development and ensuring the necessary physical activity. However, as with any child, the cat needs to be taught to sense the line between play and aggressive behaviour. With a lot of creativity and patience, you and your fluffy beauty can enjoy a game that won’t scratch and will be full of fun!