The next time you want to adopt a cat, why not ask the stars for advice. Believe it or not, there is a special breed of cats for each individual that is a perfect match for the twelve zodiac signs. Fortunately, you don’t have to be a Leo to get along well with cats. 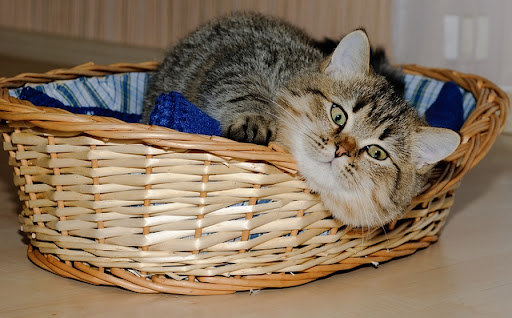 You can love or hate astrology, but the fact is that the signs of the zodiac have been around for half an eternity. They have been used to define personality traits and to make decisions about love and career issues. So why not use it to choose the next kitten too?

People born between December 22nd and January 19th are responsible and independent. Known for their intelligence and alertness, the American Curl cat gets along very well with the Capricorn. The American Curl is also willing to learn, playful and friendly.

Aquarius, who was born between January 20th and February 19th, is considered to be open-minded and justice-loving. The Turkish Van cat is also known for its curious and cool nature, and the breed even loves the water. This makes it the perfect companion for Aquarius.

Pisces are known for their compassionate and gentle nature. The lovable Russian blue cats go well with the fish because they are considered sensitive and intelligent. She also likes to be quiet and is very affectionate. She is a loyal soul and also very careful.

Anyone born between March 21st and April 19th is an Aries. He’s a fearless doer, so he needs a cat who is just as brave and bold. The tailless Manx cats, considered playful and athletic, are the perfect cat for this zodiac sign. The cat is rather calm and very adaptable. She loves the company of humans and animals, just like rams.

Taurus born between April 20th and May 20th is known for its mentally stable and practical nature. You would probably be happy to have an American Shorthair with you who are particularly balanced and friendly. That is why she is very easy to care for and ideal for a bull.

People born between May 21st and June 20th are twins and are known for their loving and curious natures. The fabulous Balinese cat, considered affectionate and active, is the perfect companion for a twin. Why not buy two cats at the same time?

People whose birthday is between June 21st and July 22nd were born cancer and are very close to nature. You deserve a cat as caring as it is cute. Loving and gentle, the unique LaPerm cat could make a good friend for Cancer. The velvet paw is also sociable and trusting.

It’s the perfect zodiac sign for cat lovers. Lions are born leaders and get on particularly well with cats. The sociable Siamese cat goes very well with this powerful personality because it has a lot of assertiveness itself. She is also intelligent, sensitive, and likes to seek human contact.

People born between August 23rd and September 22nd not only belong to the Virgo zodiac sign but are also known to be particularly caring and helpful. And with their gentle nature and love for human company, the cute ragdoll cats are ideal for Virgo.

Libra born from September 23rd to October 22nd needs harmony and is a very graceful being. The long-haired Persian cats, which are considered gentle cats and fit well into family life, add value to the exquisitely furnished home of every Libra.

People born between October 23rd and November 21st belong to the zodiac sign Scorpio. The active Abyssinian cat, who is intelligent and also good at training its owners (wrong world!), Goes well with the strong personality of a Scorpio.

Those born under the Sagittarius sign are enthusiastic and adventurous. The energetic and at times mischievous Sphynx hairless cat is an exceptionally good match for a Sagittarius. They are robust and unusual cats and also affectionate, loving, and extremely self-confident.