The Whippet is considered one of the top three Hounds, which, in addition to her, include the Italian Greyhound and Greyhound. Both externally and in character, all these dogs are very similar. Their main difference is size. The Whippet is a small English Hound. This does not prevent the dog from showing excellent hunting performance and being an excellent companion. 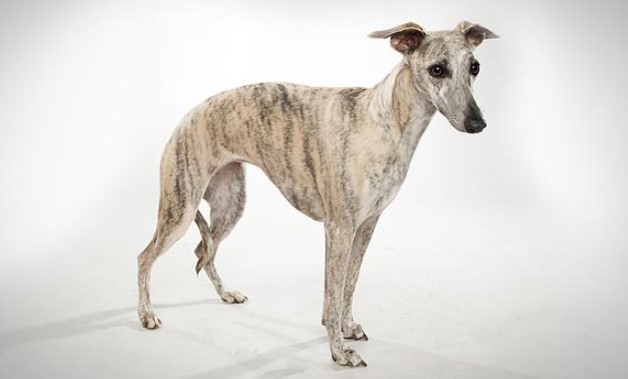 The graceful gait and sophisticated appearance of the Whippet were created by nature and man to be able to develop great speed on the hunt. The dog has the following main characteristics:

Whippet has an interesting gait, his movements are quite light. This is ensured by the extension of the forelimbs forward and a strong push from the hind ones. The body is covered with short, close-fitting hair of various shades. 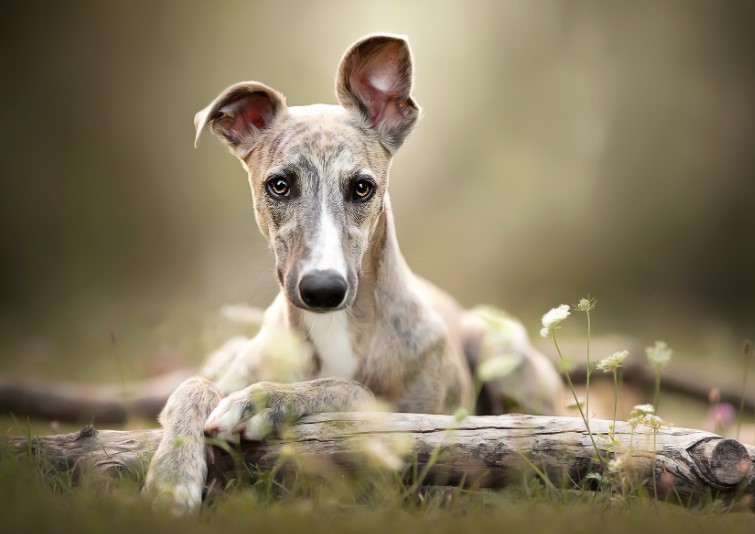 The history of the origin of the breed is associated with a certain secret. There is no scientific evidence for special Hound breeding. Dogs with such external and physical data were used to hunt rabbits. The selection itself took place naturally for several centuries. Whippet-like traits are found in various Hounds. Especially people started breeding the breed only in the 19th century when dog racing became especially popular in England. Whippet has become an indispensable participant in such competitions. So, the breed became widespread and became available to different classes of the population.

Another use of the Whippet was when dog-baiting of hares became very popular. It was this dog that was used in such competitions. At the time, her appearance was very different from the modern Whippet. Dogs freely interbred with stray mongrels and did not have an aristocratic appearance. Only at the end of the 19th century, famous dog breeders directed their efforts to breeding dogs with a standard conformation and working data.

The first registration of the breed is dated 1891, and the standard for the appearance of the animal was recorded in 1903 in England by the local canine federation. 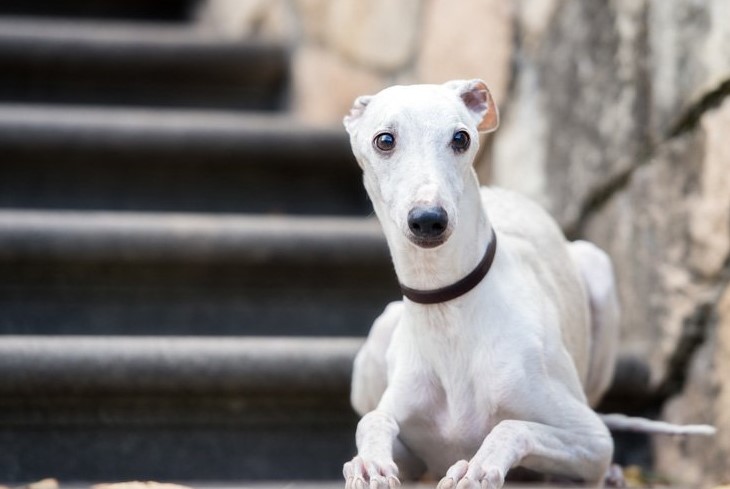 Whippet is distinguished by an amazing tenderness and ability to love all family members. Dogs rarely give voice, so they are ideal for people who prefer peace and quiet. The barking of this dog is associated with a serious nuisance when the dog is disturbed or needs attention.

Whippet is smart enough and well trained. But when choosing this breed, you should be aware that during training you should not use the whip method. The pet does not tolerate physical and emotional punishment. Even a tense atmosphere in the house negatively affects the dog. He feels a negative environment, begins to worry, which can lead to disorders in his health.

Whippet has natural independence that can be a barrier to quick learning. The owner must stock up on time and patience in order to achieve a positive result in upbringing. The English Greyhound loves all family members and treats strangers with indifference. Do not show aggression. Due to its calm temperament, the Whippet can be an excellent companion for an elderly person. At the same time, if a dog is given the opportunity to run, he will definitely use it. If you give the dog enough time and love, then it will reciprocate and become the most devoted friend. 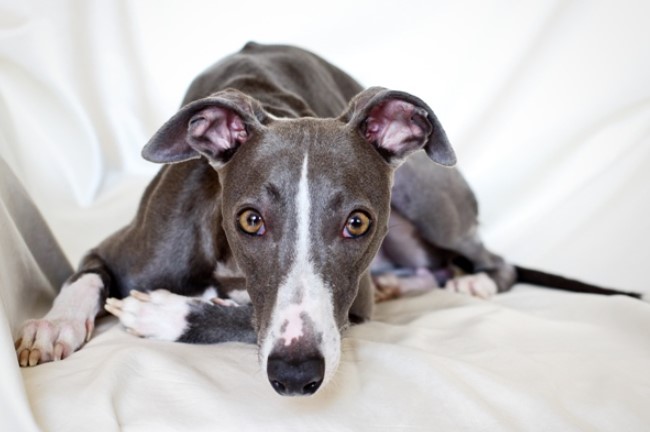 Due to the fact that the body of the Whippet is covered with short and smooth hair, the animal needs a minimum of care. The molting period is in spring and autumn. At this time, it is necessary to comb out the dead hair at least twice a week. At other times, the dog can be wiped with a damp piece of soft cloth to maintain a smooth and shiny coat. The characteristic dog smell is not inherent in the Whippet, so you only need to wash the entire pet as it gets dirty. For bathing, you can use special dog shampoos, as well as massage brushes. It is necessary to ensure that water does not enter the pet’s ears. This can lead to inflammation. Other hygiene procedures should be carried out with the Whippet in the same way as with other dogs. It is necessary to monitor the condition of the claws and teeth, the cleanliness of the ears.

The peculiarity of the neck structure of dogs of this breed led to the difficulty of choosing a collar. It is advisable to choose wider specimens that will not injure the neck. The short and smooth coat often cannot protect the dog’s body from abrasions and injuries while walking. It is necessary to examine the dog after the street, and the detected injuries should be treated immediately. Severe cuts and wounds are best treated by a veterinarian.

Caring for the dog also means providing it with sufficient physical activity and extended walking in the open area. These dogs must run to release their natural energy. Hunting instincts and curiosity can make an animal jump off at lightning speed and run away after the intended prey. The owner should be prepared for this situation and choose a safe area for walking. 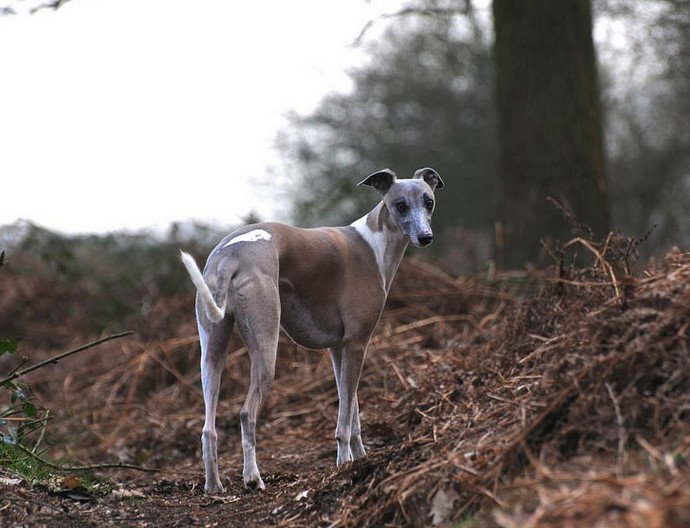 Whippet is known for its naturally robust health. But there are a number of diseases that can occur in these dogs:

It is also important to get basic Whippet vaccinations on time. Once every 2 months, carry out prophylaxis against worms and fleas.