If the cat vomits blood, it can have many causes, such as an injury to the mucous membranes in the digestive tract, a parasite infestation, or poisoning. Veterinarians refer to this noticeable symptom as so-called hematemesis. To find out whether the symptom is harmless or dangerous and when to see the veterinarian, read this article.

Vomiting is a reflex action in cats that is not always a cause for concern. When the cat is vomiting, it is often a normal process, like choking out balls of fur. Vomiting bloody, on the other hand, is an alarm signal: it indicates that there is an injury or inflammation and the cat needs urgent treatment. 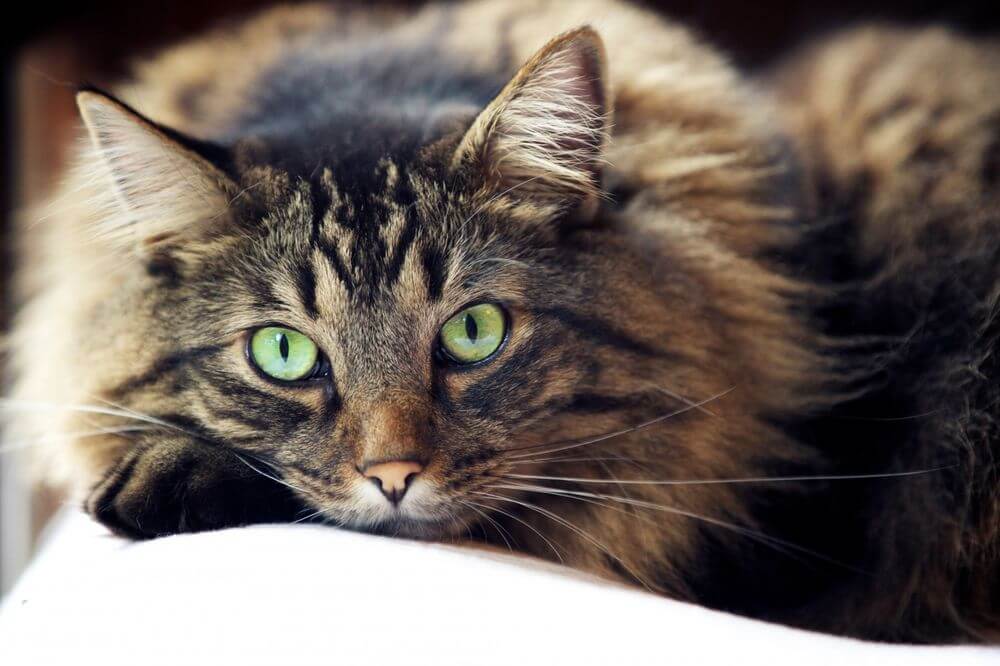 Cats are naturally curious and explore the world not only with their paws but also with their keen sense of smell and taste. It can happen that the cat swallows an object that it cannot digest. Cats with pica syndrome, in particular, have a tendency to swallow indigestible food.

Foreign bodies in the digestive tract block the transport of the food pulp and cause the cat to vomit. Especially with sharp-edged or hard objects, the stomach or intestinal lining or the esophagus can be injured, which in turn leads to blood in the vomit.

Parasites such as worms mainly occur in free-range animals, but can also infect pure house tigers. With a strong worm infestation, vomiting with or without blood occurs, among other things. Other signs of worms in cats include loss of appetite and weight loss.

The cat is repeatedly poisoned by poisonous foods, plants or chemicals. When the toxins attack the cat’s gastrointestinal tract, inflammatory reactions and bleeding can occur. If the cat vomits light or dark blood, this could be a sign of poisoning.

Cats can also suffer from inflammatory diseases and gastritis. Bacteria, food intolerance or other harmful influences can cause open wounds in the stomach or esophagus. These ulcers, medically called ulcers, bleed and cause the cat to vomit blood.

Cat Vomits Blood: What to Do and When to Go to the Vet

If the cat vomits frequently or for a long period of time, you should act quickly and see the veterinarian. However, vomiting blood irregularly can also indicate an illness. So be attentive and let your fur nose be examined once too often rather than once too little.

So that you can help your cat quickly, the cause of the bloody vomiting must first be clarified. Watch out for other abnormalities and symptoms such as diarrhea, refusal to feed, or changes in weight. General malaise changed the play and social behavior and excessive tiredness can also indicate that the cat is seriously ill. Discuss any abnormalities with the veterinarian.