We offer you a selection of famous beagles who have glorified not only themselves but also the breed as a whole.

Beagles in Books and Films 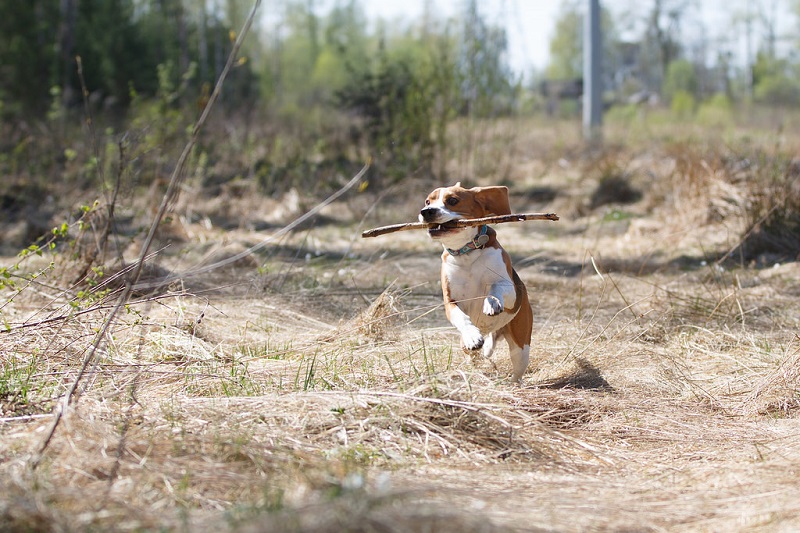 The plot of the story “The Abduction of the Century” by J. Dale revolves around the beagles.

The representative of the breed is one of the heroes of the book by J. McCormack “Friend of the Herds. Rural Veterinarian Notes ”.

Beagle Sam is one of the main characters in the books of another famous veterinarian and writer – J. Harriott. However, not only Sam appears in his stories, but also other representatives of the breed.

Beagles are often used in experiments. About this – “dog” detective S. Connant “The dog who fought for his rights.”

On the same topic – the book by R. Adams “The Plague Dogs”, which is rightfully considered a masterpiece. Warning: if you are going to read it, stock up on handkerchiefs.

Beagle stars in many films thanks to her artistry: Cats vs. Dogs, Underdog, My Dad with a Cold Nose, Shiloh, I Am Fourth, My Stepmother is an Alien, Inspector Gadget, Rusty: the great rescuer “,” On Christmas Eve “and others.

For centuries, dogs have constantly helped their owners when they got sick. But not many of the heroes showed such composure and intelligence as the beagle Belle. Instead of running for help, she called her on the phone.

At one time, Florida resident Kevin Weaver bought Belle at a pet store, and this was probably his best purchase. Belle was also lucky: two previous owners, who were not satisfied with the puppy character, returned her to the store.

Kevin Weaver was diabetic, and if his blood sugar fell below a certain level, he would have dangerous seizures. Weaver decided to train Belle in special courses for assistance dogs. The training lasted 9 months, and as a result, Belle got the hang of determining the sugar level, sniffing the owner’s breath every hour. If the situation took a critical turn, she barked to warn: it is necessary to take action!

On February 7, 2007, Kevin Weaver woke up feeling dizzy and weak. The sugar level was dangerously low, but the person seemed drugged and unaware of the risk. But Belle realized what was the matter, and was terribly agitated.

Kevin thought she was impatient to go for a walk and took the dog outside. However, returning from a walk, he collapsed unconscious on the threshold of the kitchen.

Weaver would have died if Belle had not remembered one important thing she learned in the course. She had to press “9” on Kevin’s phone and then dial 911 automatically.

Belle did everything right. When the rescue operator answered, the dog began barking furiously into the phone and did not stop until an ambulance arrived. The doctors arrived on time and Weaver recovered.

Needless to say, Belle has become a heroine?

“I’m sure if Belle hadn’t been with me that morning, I wouldn’t be talking to you now,” Weaver told the Associated Press. “She’s not just my savior. She is my best friend”.

Beagles were often the favorites of celebrities.

Elizabeth I and William III preferred this breed to all other hunting dogs, and George IV often posed for artists along with his beagle favorites.

Him and Hin were the beagles of US President Lyndon Johnson. In one of the photographs, Johnson is holding his dogs by the ears. After the publication of this photo, a terrible scandal erupted. The president made excuses for a long time, explaining that Him and Hin simply adore being dragged by their ears, and do not experience any inconvenience. 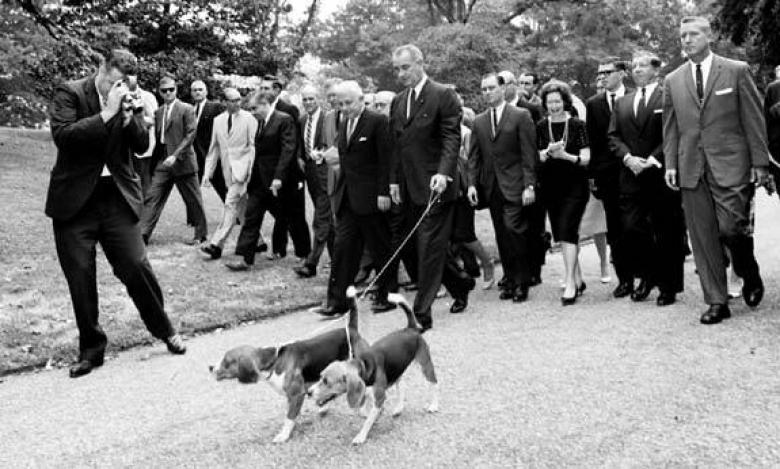 Animal rights activist Nikki Reed and her fiancé Ian Somerhalder have adopted a survivor puppy. The beagle’s name is Emma, and now only ears with embossed numbers and scars remind of her past. In the new house, the dog is absolutely happy.