During the tragedy of September 11, 2001, a lot of courage and heroism were shown. Among the outstanding heroes was Dorado, a four-year-old Labrador retriever.

He served as a guide dog for the blind programmer Omar Eduardo Rivera. On that fateful morning, Rivera was on the 71st floor of the North Tower of the World Trade Center with his four-legged friend. Dorado dozed under the master’s desk. 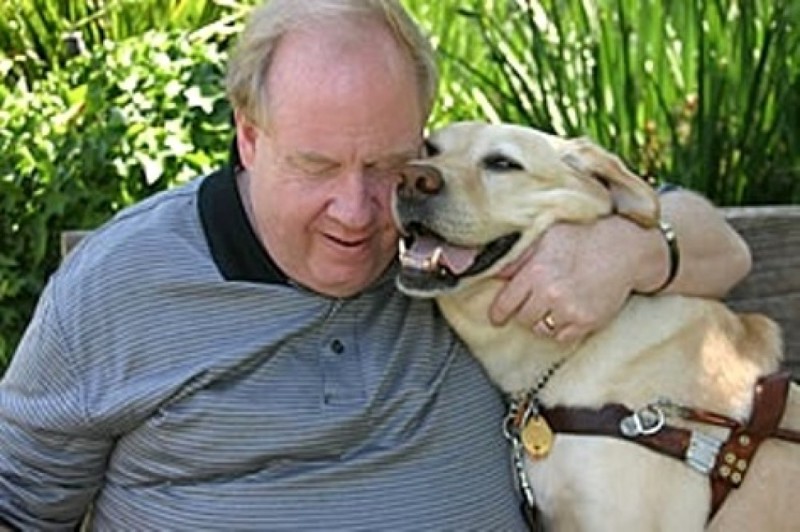 The hijacked plane hit the building 25 floors above Rivera’s office. The geek was not injured, but screams were heard around him and smelled of smoke. The man was afraid that due to blindness he would not be able to get out of the fire and chaos, so he unfastened Dorado’s leash, finally stroked, and said goodbye to the pet. He hoped that at least the dog could be saved. “I knew that being blind, I would not be able to quickly descend the stairs and overcome other obstacles,” Rivera told reporters. – I resigned myself to the fact that I would die and decided to free Dorado and give him a chance to escape. It would be unfair if we both died in that hell. ”

Rivera expected Dorado to run away from the building. But the dog had other plans. He disappeared, but after two minutes he returned and began to push the owner to the emergency exit, which was already overcrowded with people trying to escape. There his boss came to Rivera’s aid. The dog moved in front, followed by the woman and Rivera leaning on her shoulder. So these three traveled a long way down seventy flights. They went out into the street and managed to retreat a couple of blocks when the skyscraper collapsed. “It was then that I realized that he loves me as much as I love him. He was ready to die saving me. I owe my life to Dorado, my guide and best friend. ”

Drazhika Vlako owes her life to an angel who looked like a dog. Or, more precisely, on the contrary – a dog that looked like an angel.

It happened on an October night in 2002 when Jim Simpson threw a Halloween party at his home in Richmond, Washington. All those present were in costumes, even Bayou, the owner’s Labrador, on whom a halo and angel wings were attached. The next morning, when Simpson took his pet out for a walk, he was still in fancy dress. They followed their usual route along the Columbia River. Suddenly, the Labrador rushed forward and disappeared from sight, ignoring the owner’s order to return.

Simpson found the dog at the water’s edge, bent over a woman without shoes and in wet clothes. She was shaking from the cold and trying to crawl out of the river onto the sand. Simpson immediately called for help, and the people who came to the rescue took the woman to his house. It turned out that her name was Drazhika Vlako. She took powerful pain relievers after recent shoulder surgery, lost her ability to navigate, and fell into a river. If not for Bayou, she would most likely have died of hypothermia. “He’s a pretty friendly dog ​​and has a curiosity about people,” Simpson said in an interview with the Three State Herald. “It’s fortunate that we are there.”

Labradors in Books and Movies

Black Labrador Ned is the protagonist of the Boy and Dog series by B. Jakes.

The book by J. Katz “The Year of the Dog” is dedicated to the representatives of the breed. Labradors also appear in his Dog, Love, and Family.

Labrador Spark “participates” in the story of E. Collier’s “Three against the wilds”.

Guide dog Trison of the same breed is the protagonist of M. Samarsky’s story “Rainbow for a Friend”.

James Harriott dedicated the book “Dog Stories” to his black Labrador Dan. However, representatives of the breed often appear in his stories, funny, touching, and sad.

In the wonderful novel by J. Grogan “Marley and Us” (as well as in the film “Marley and Me” based on this book), not the most obedient representative of the breed is depicted.

Buddy is a Labrador from the movie “Hero of the Air”.

Labrador Luas is one of the characters in Sheila Barnford’s The Incredible Journey and The Way Home, which is based on this book.

Chernysh is a black labrador from Rex Stout’s novel “Everyone except the dog to the police”. According to the genius detective Nero Wolfe, “the Labrador’s skull is wider than any other dog, and the brain is larger.”

Buddy was Bill Clinton’s chocolate labrador who died tragically under the wheels of a car in early 2002. The dog was the only one in the president’s family who supported him during the fallout with Hillary. 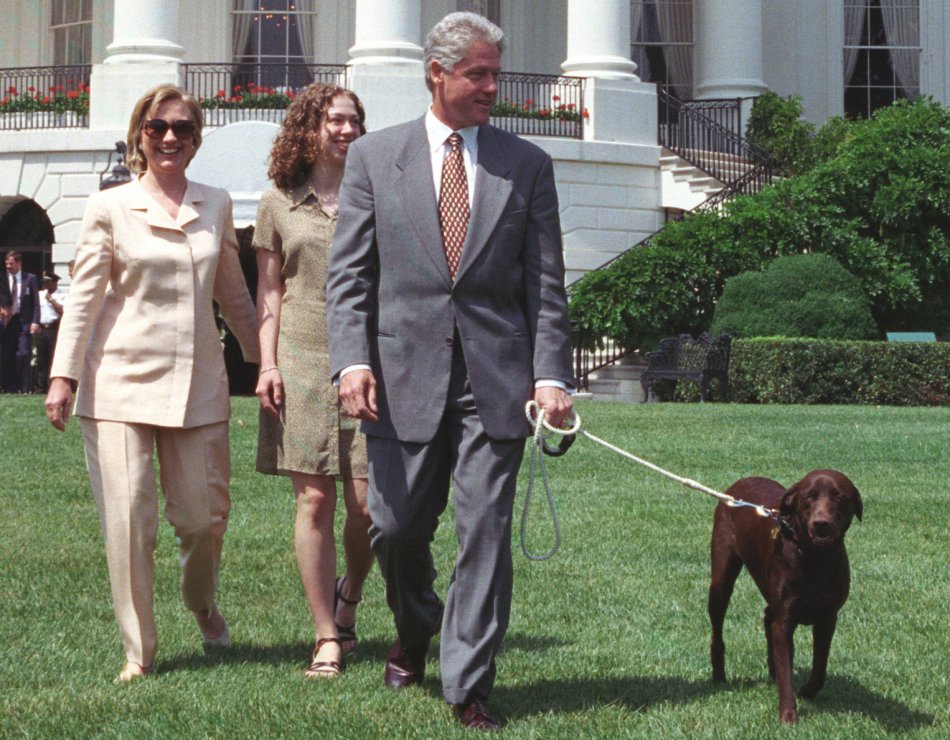 However, there are countless celebrities who preferred this breed. Among the most crowned are Queen Elizabeth II, Queen Silvia of Sweden, Prince Charles. Among the highest officials of states is Margaret Thatcher.

The stars of cinema and show business are not far behind: Frederico Fellini, Demis Rusos, Kevin Costner, Tom Cruise, Arnold Schwarzenegger, George Michael, Drew Barrymore, Antonio Banderas, Melanie Griffith, Justin Hoffman, Chuck Norris, and many others – all and not remember.