What is Addison’s Disease?

In the mid-19th century, physician Thomas Addison described the symptoms of the disease in humans, giving it a name. US President John F. Kennedy is one of the most famous victims. The disease is due to damaged adrenal glands. The adrenal glands produce hormones such as the stress hormone cortisol and aldosterone. Cortisol oxidizes in the body to cortisone, which many drugs know. Among other things, aldosterone keeps blood pressure and sodium-potassium metabolism in balance and controls the excretion of water. When the adrenal glands stop working properly, they release too little cortisol and aldosterone. This can be life-threatening.

Causes of Addison’s Disease in Dogs 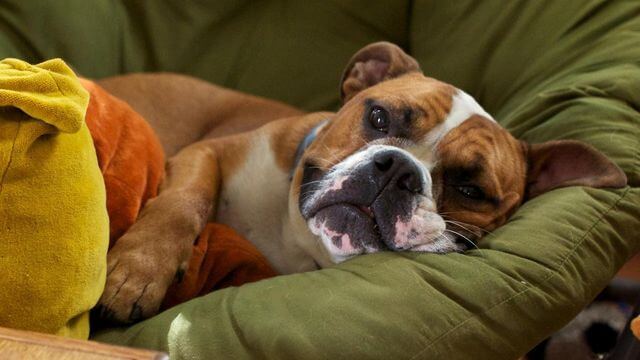 Why do dogs get Addison’s disease? There is little reliable knowledge about this.

Large breed female young dogs, in particular, are at risk.

Symptoms of Addison’s Disease and an Addison Crisis

The symptoms are unspecific at the beginning so that many consider the disease to be a simple infection. These include:

If these symptoms keep recurring for no apparent cause, dog owners should speak to their veterinarian about Addison’s disease. The disease has been diagnosed a little more frequently in recent years, as many – but not all – veterinarians are aware of it. Diagnosis is complicated by the fact that some vets give cortisone supplements without an accurate diagnosis. Then the four-legged friend is fine for a while. If the dog suffers from similar symptoms again weeks later, many owners and veterinarians fail to establish a connection.

A life-threatening Addison’s crisis can develop as the disease progresses.

This manifests itself through the following symptoms:

An Addison crisis is an absolute emergency. It is often fatal and requires immediate and intensive therapy. Symptoms can be mistaken for poisoning or acute kidney failure.

Addison in the Dog: Diagnosis and Treatment

The best way for veterinarians to diagnose Addison’s disease is through blood tests. Affected animals have imbalanced sodium and potassium levels. A high percentage also has anemia and elevated kidney values. If Addison’s disease is suspected, the vet will perform a special CTH stimulation test. He injects hormones and checks the reaction of reacting values in the blood count. If the vet diagnoses Addison’s disease, affected dogs will typically need cortisone therapy for the rest of their lives. The active ingredient deoxycortone pivalate is now approved as “Zycortal” in Germany for the veterinary field.

One injection around every four weeks is sufficient for most dogs to compensate for the hormone deficiency.

Setting up the correct dose may require some patience and some additional vet visits. Only in rare cases these days, veterinarians prescribe pills as a therapy for Addison’s disease. Without appropriate cortisone therapy, Addison’s disease is usually fatal.

Cost of Therapy for Addison’s Disease

If your dog suffers from Addison’s disease, you can expect veterinary costs of several hundred euros, especially in the first year. Because until the medication administration is optimally adjusted, you should have the sodium-potassium level checked by the vet every four weeks. Later, three to four checks per year are sufficient. However, your dog will need an injection every 28 days. It is possible to use this yourself – similar to insulin injections for diabetes. This saves you the monthly vet visit and thus costs and time. Let the vet show you how to inject.

Can Addison’s Disease be Curable in Dogs?

There is no cure for Addison’s disease in dogs. If the adrenal glands are damaged, they cannot regenerate. But the good news is: If the four-legged friend is well adjusted and regularly receives his medication, he can live as old as healthy dogs and lead a relatively normal life. In the elderly, four-legged friends can be more prone to problems with the liver or kidneys.