Like rabies, leptospirosis is a zoonosis. This means that humans can get infected with animals. Here you will find all the important information about the disease.

Leptospirosis: How Dangerous is It for Humans?

Different types of the bacterial genus Leptospira cause leptospirosis. In 1899 the disease was a specialist topic at a dog show in Stuttgart, which gave it the name “Stuttgart dog disease”. But contrary to what this name suggests, leptospirosis occurs worldwide.

Since the disease can be transmitted from animals to humans, we speak of zoonosis.

In humans, the disease with a certain type of the bacterial genus is also called Weil disease. It starts with a fever and headache and body aches. Serious organ damage can occur in a second phase. The possible long-term effects in infected people include dangerous meningitis. If people are affected, the disease must be reported. There are around 20 reported cases each year. Humans can get infected from dogs, but: Most of the reported cases can be traced back to contact with sewage-contaminated by rats. For example, rodents can contaminate swimming lakes in the summer months. Leptospirosis in humans is one of the occupational diseases of slaughterhouse employees, animal keepers, and sewer workers.

How Can Dogs Get Infected with Leptospirosis? 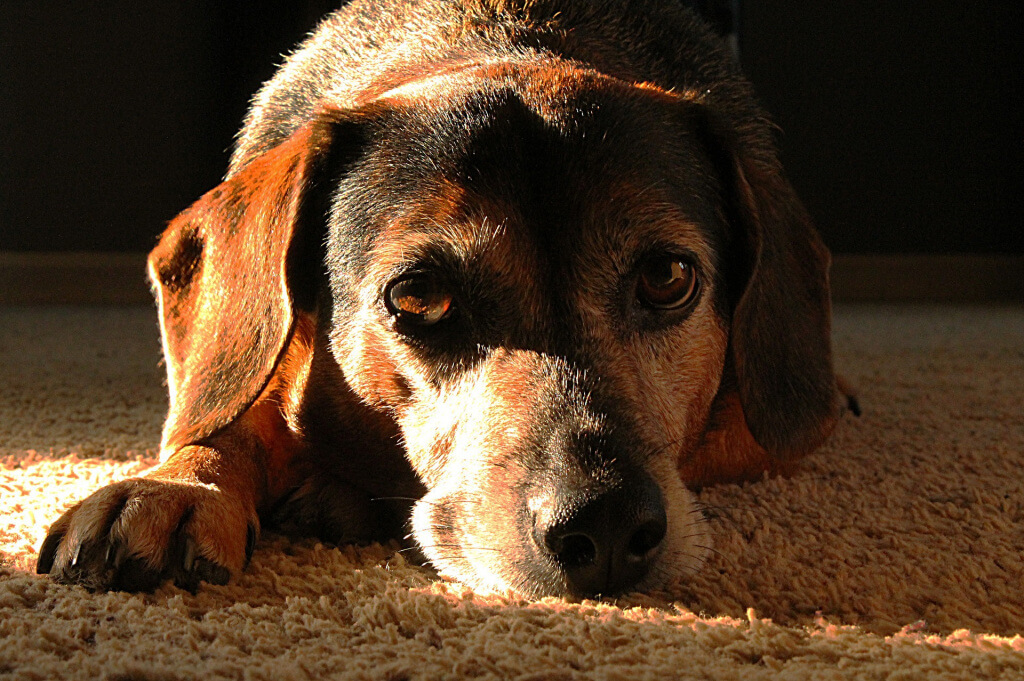 Dogs can become infected with leptospirosis in a number of ways – for example, through bites or mating. Dogs are more often infected through smaller four-legged friends.

Because mice, rats, and wild hamsters can carry the bacteria within them without becoming sick themselves.

They excrete them through body fluids such as saliva, blood, and, above all, urine. The bacteria survive in the water for several days at warmer temperatures. That is why dogs can become infected with leptospirosis when they drink from stagnant bodies of water such as puddles or quarry ponds. Most diseases occur in summer and autumn, especially after wet weather. By the way: Cats can also become infected and infect others. This happens less often than in dogs and the affected animals show hardly any symptoms.

Symptoms and Course of Leptospirosis in the Dog

The first symptoms appear one to two weeks after infection. Leptospirosis progresses differently depending on the type of bacteria and the constitution of the dog. Young animals of large breeds suffer from more severe illnesses. Possible symptoms are:

Symptoms such as cramps, thirst, and coughing depend on whether the liver, kidneys, or lungs are affected.

Diagnosis and Therapy of Leptospirosis

To get a reliable diagnosis, the vet can do a urine test using a urine sample. The bacteria can be detected in the urine. However, a negative finding is not always reliable. Because the bacteria are excreted in the urine in bursts. It can take up to a week to detect the pathogen in the blood. If the vet has the number of antibodies against the bacteria determined every two weeks, he can confirm the diagnosis.

But even the suspicion of leptospirosis justifies a suitable antibiotic therapy. Given in good time, antibiotics are the most effective means of combating the infection. Weak dogs can benefit from IV fluids. The most dangerous is leptospirosis, which spreads to the kidneys and liver. Dog owners have to adhere to strict hygiene regulations for their dogs in the days following a diagnosis. After surviving the disease, dogs can get sick again with another bacterial strain of leptospirosis.

How Dangerous is Leptospirosis for Dogs?

Around ten percent of the animals affected die despite therapy. Puppies up to six months of age in particular develop severe symptoms.

If the course is severe, damage to the organs can remain, which will affect the dog for life. Older and vaccinated animals sometimes get through the infection without symptoms.

Vaccination Against Leptospirosis in Dogs

Veterinarians often give these vaccines as a combined vaccination. However, some dogs tolerate it better if there is an interval between the individual vaccinations. In the case of leptospirosis, a basic immunization in puppyhood is necessary every three to four weeks. An annual refresh is then sufficient.

Not all experts share the opinion that leptospirosis is compulsory for every dog. Since dogs are mainly infected through standing water, “water rats” are more endangered among the fur noses. Vaccination also makes sense for hunting dogs. Dogs that avoid water and do not like to “drink wildly” do not necessarily need to be vaccinated. The vaccines available to date also do not protect against all types of lentivirus. It is best to get individual advice from your veterinarian, who also has the regional situation in mind.