Our four-legged friends also have a bad day. As a rule, this manifests itself with classic withdrawal behavior until the fur nose is ready for the company again. Unfortunately, negative feelings can also show up in aggression. The post reveals how it is possible to recognize an aggressive dog based on body language.

Contents hide
1 Recognize Aggression in the Dog
2 Causes of Aggression Against Humans and Other Conspecifics
3 Dealing with Aggressive Dogs: How Do I Behave?
3.1 Avoid situations
3.2 Muzzle to protect the dog and the environment
3.3 Behavior towards a strange dog

Recognize Aggression in the Dog 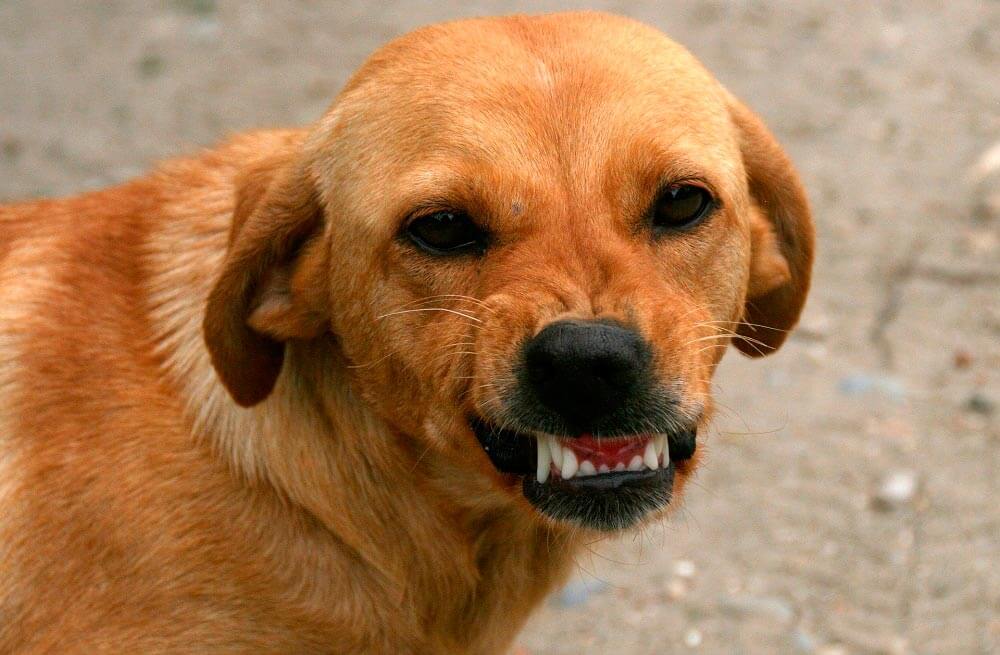 Dogs show a lot about their condition through their body language and facial expressions. Joy and happiness, for example, are particularly easy to recognize. Many a stroller has heard the sentence: “He just wants to play!”. However, this does not always apply to a four-legged friend that barks, tears on the leash, or bares its teeth.

Similar to humans, dogs also have certain signals that they always send out when they feel threatened or fearful.

These two emotions are common triggers for aggression. However, it is also interesting that many aggressive four-legged friends are plagued by stress or feel insecure and uncomfortable.

The dog’s body language often reveals that he is aggressive before the actual attack. This is shown, among other things, by undisciplined behavior. For example, if a four-legged friend does not listen to their owners, it is advisable to distance themselves to avoid worse. The dogs go through so-called escalation stages. These range from an initial fixation of the opponent to circling and restricting the range of motion to biting. The less the dog moves, the more threatening the situation becomes.

The following table lists various signs of aggressive behavior towards humans and other conspecifics:

The dog is aggressive towards other dogs:

The dog is aggressive towards people:

Causes of Aggression Against Humans and Other Conspecifics

Basically, aggressiveness in dogs is an instinct for survival. It only becomes misconduct and thus a problem if the aggressiveness occurs too often or is directed against the wrong goal. If your own dog is aggressive, there is no avoiding research into the exact causes in order to get rid of the undesirable behavior. The following reasons could be behind the behavior disorder:

Dealing with Aggressive Dogs: How Do I Behave?

Once the cause of the pet’s aggression has been found, the task is to reduce certain situations and stimuli. In the best case, the potential triggers of aggression should be avoided completely when dealing with your dog. In order to desensitize the animal, professional training by a specialist is recommended. Your vet may even be able to give you a good address here.

Muzzle to protect the dog and the environment

In individual cases, only a muzzle can protect against an aggressive four-legged friend. This is important if he shows no improvement after individual training and poses a danger to himself and his surroundings.

Behavior towards a strange dog

If you come across an unfamiliar four-legged friend who is hostile, it is important to remain calm. Running away is never an option. Hasty movements seem threatening. Interrupting eye contact and a head turned away are de-escalating. If the dog still does not let go of you, hold out an object – such as a handbag.