Dogs show their state of mind through their body language. There are many reasons why the darling shows its teeth. Most of the time, the dog tells others to stay away. This means that the four-legged friend is afraid of strange dogs or people. But why is that so?

Contents hide
1 The Essentials in Brief
2 Dog Bares Teeth in Other Dogs – Why Is It Doing This?
2.1 Food, toys, living space, and petting – this is how the fur nose defends
3 The Dog Shows Teeth When Scolding – Why?
4 Avoid Situations in Which the Pet Feels Threatened 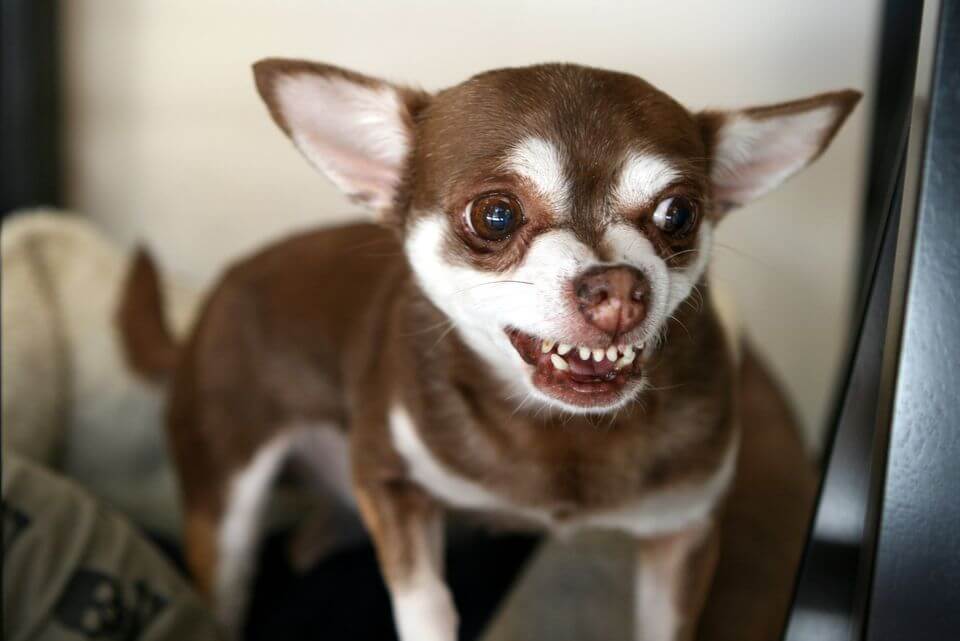 Dog Bares Teeth in Other Dogs – Why Is It Doing This?

If an animal feels unsafe or threatened, this can be clearly seen. Before a four-legged friend bares its teeth, it usually begins to put its hair in place and to bring its tail into position. Some fur noses frown or start out with a deep growl. Shortly afterward, the teeth are presented to show the other fur nose that they should stay away. If this warning is ignored, the darling snaps at the threat. If the conspecific does not stay away, the situation escalates and the dog bites.

But why does the companion do this? Like humans, dogs communicate using body language and sounds. A common trigger for teeth-baring is insecurity. If the fur nose has little contact with other dogs, it should slowly get used to other companions. Even four-legged friends who have had bad experiences often react stressed and defensive.

Food, toys, living space, and petting – this is how the fur nose defends

The dispute is often about resources. There are many possibilities of what is understood as a resource. Things that are resources are mostly food, toys, and pats. Your darling can also defend areas in the home or outside by showing their teeth.

Tip: Owners have to protect the fur nose’s resources. In this way, the companion does not have to act and show the bit. If there are several dogs in the household, the order of precedence must also be observed in order to avoid disputes. This means that the higher-ranking dog receives the food before the lower-ranking animal. If you have difficulty assessing the ranking, it is best to ask a dog trainer for a professional assessment.

The Dog Shows Teeth When Scolding – Why?

The dog shows its teeth when scolding because the dog perceives the situation as threatening. If your body language and tone of voice show a danger to the dog, the dog will react accordingly.

Tip: Avoid yelling at your favorite, as this causes stress and endangers the relationship between dog and owner. It is better to react confidently and to say “Don’t” firmly.

Avoid Situations in Which the Pet Feels Threatened

So that there is no stress for the darling, it is important to intervene beforehand. Therefore, it makes sense to avoid situations that overwhelm your four-legged friend. The following is therefore recommended: