Akita Inu is one of the oldest breeds. Archaeological excavations have uncovered the remains of Spitz-like dogs dating back to the second millennium BC.

Already in the 6th century. in Japan, dog breeders’ clubs were founded with the aim of preserving and developing the hunting qualities of the breed. And in the 15th century. created herd books.

Sources from 1603 indicate that there were many dogs used for hunting bears in the Akita province. They also coped with the protection of the owners and their property. 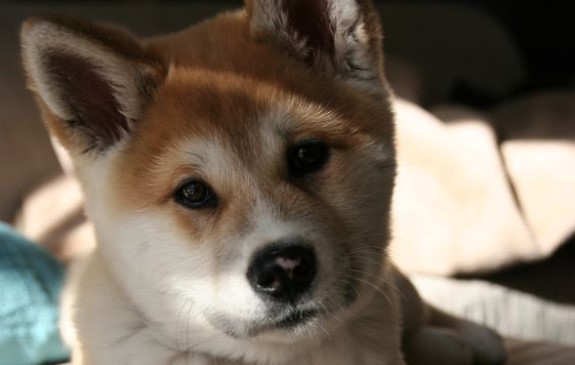 Initially, these dogs were small or medium. But from the middle of the 19th century. they began to interbreed with mastiffs and Tosa Inu, as a result, their size increased, but the features characteristic of the Spitz were lost.

In 1908, dog fights, in which representatives of the breed participated, were banned, but the breed was preserved and even improved. 1928 saw the founding of the Japan Native Breeds Conservation Society. Among them was the Akita.

During World War II, they began to be crossed with German Shepherds. And after the war, even in Japan, the livestock was very motley. I had to rebuild the breed bit by bit.

The breed is divided into Japanese (grandparents) and American (“big Japanese dog”). This is because the Japanese-bred specimens are very different from the Akitas bred in the West. In 1996, the FCI recognized the existence of two different breeds: the American Akita and the Japanese Akita. This division was officially confirmed at the World Dog Show in 1999. However, in the UK, Canada, and the USA, both types are crossed with each other to this day, being perceived as a single breed. The result is an intermediate type specimen, unlike either the “Japanese” or the “Americans”.