Dogs of the Akita Inu breed are distinguished by a beautiful double coat, which consists of a hard, straight, thick guard hair and a soft, thin undercoat.

Shine is given by needle hair – the longest, but there are fewer of them than the main cover hair. Needle hair is hard, present in the neck, spine, hips, and tail. 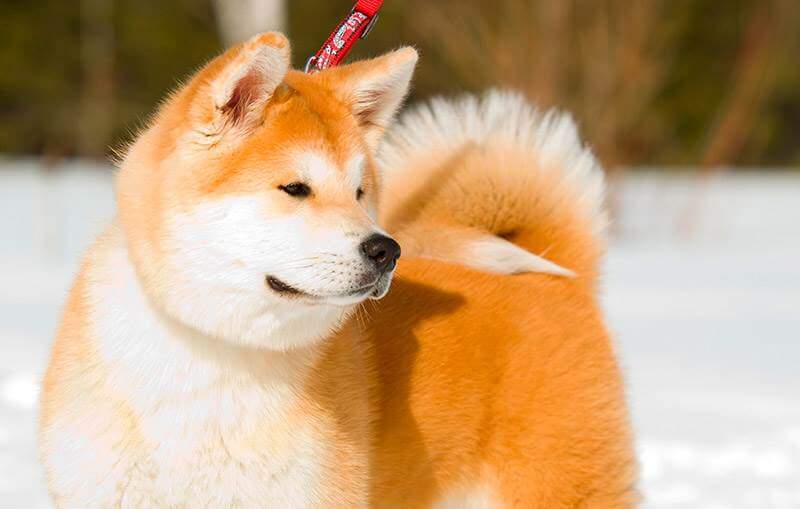 The undercoat is almost invisible due to the guard hairs covering it, which are distinguished by elasticity and the ability to repel moisture, due to which, even after swimming, the Akita Inu’s fur under the outer coat remains dry. Close to the body, it protects the dog from the cold, so the breed is suitable for keeping outdoors all year round.

The hair on the head, ears, and lower extremities are shorter and tighter to the skin than on other parts of the body. The longest hair (about 5 cm) is present on the neck, back, tail, closer to the croup, six is ​​shorter. On the tail, it is coarser, straight, and very thick.

According to the standard, an Akita Inu’s coat that is too long is considered a defect. However, long-haired individuals not recognized by the standard are no less beautiful. Their coat is softer, the guard hair is slightly wavy at the base or along the entire length. By the way, waviness is not allowed in show dogs.

In puppies, the coat is shiny, softer, it may seem long, but after molting it coarsens. 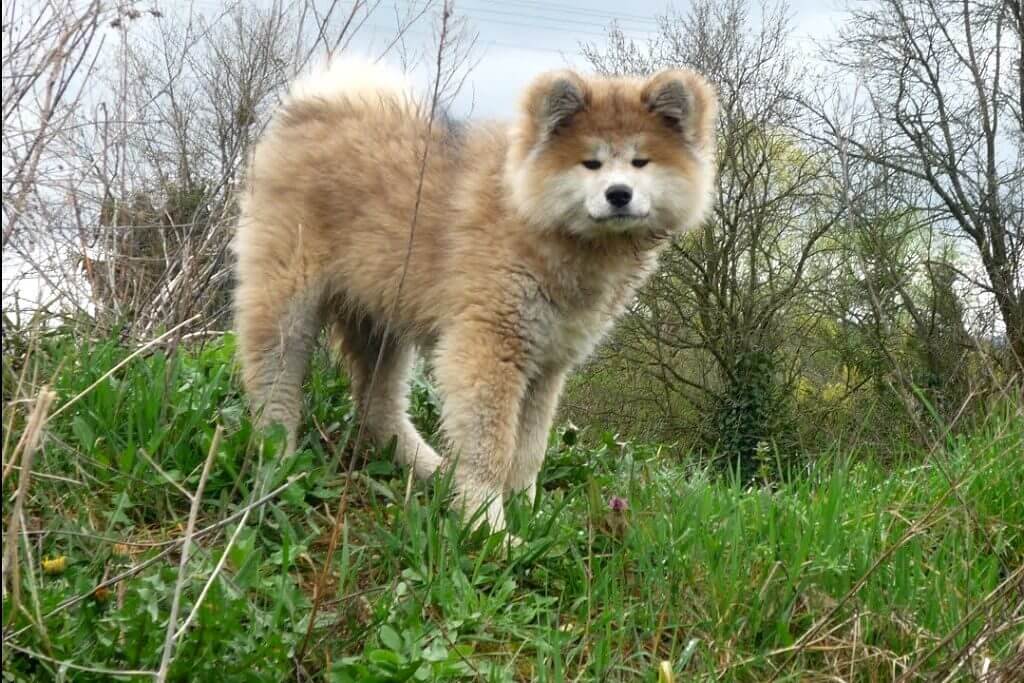 The condition of the Akita Inu coat also depends on the color. The following Akita coat colors are officially recognized: white, red, black, brindle, spotted, sesame (interspersed). In this case, the presence of white areas in the chest, limbs, tail, on the muzzle, under the tail is mandatory. The color of the undercoat may differ from that of the main top coat.

Representatives of the breed molt twice a year; during the molting period, the coat must be carefully combed out, at least once a week.