The dachshund (shorthaired) (also dachshund or teckel) is an intrepid little hunter who is not easily impressed. No wonder the dachshunds were originally bred to hunt badgers and foxes, which they were supposed to put in their den.

Dachshund (Shorthair) in the Description

Anyone who was trimmed to be a lone fighter and had to make decisions on their own that decide weal and woe has corresponding independence. It goes without saying that such a dachshund doesn’t necessarily understand everything he’s told to do. A consistent upbringing from an early age is therefore necessary. 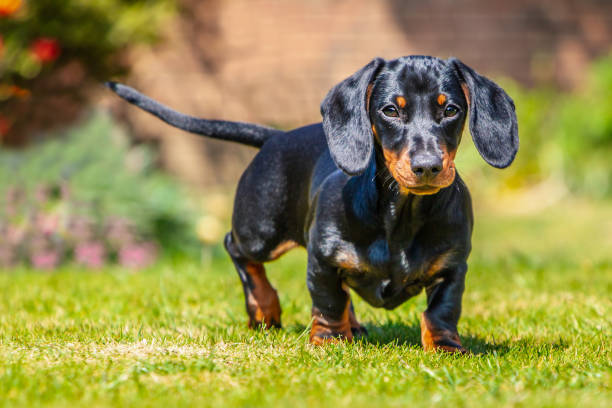 The dachshund in general is a fairly sociable, but also reserved dog towards strangers. He is an excellent and reliable watchdog because he barks very quickly and unrelentingly – and his bark sounds as if you are facing a much larger dog.

A Lot of Energy

At the same time, he is one of those dogs that has a lot of energy and needs to be entertained regularly, preferably with games outside, but also indoors. However, he should never be left alone outside, even in a garden. When he’s bored, he likes to start digging holes. Outside he should always be kept on a leash as he tends to chase smaller animals.

The Appearance of the Dachshund (Shorthair)

The short-haired dachshund is 30 to 34 centimeters tall and weighs seven to ten kilograms. The short legs and the disproportionately long back are striking and characteristic. He has a short, smooth, and shiny coat. The color of its fur is black, red, tan, brown, or a combination of these colors. In addition to the short-haired dachshund with short, smooth fur, there is also the dachshund (long-haired) and the dachshund (wire-haired).

The Health of the Short-Haired Dachshund

Like the other two species of the dachshund, the short-haired dachshund has legs that are too short compared to its spine. This short-legged condition (chondrodysplasia) causes pain from bent limbs and can lead to so-called dachshund paralysis, a herniated disc. Critics, therefore, speak of torture breeding for the dachshund.

Because of these problems, the dachshund should not jump too much, especially off elevated objects. He can also put on weight very quickly, which increases the difficulty with sensitive limbs. That’s why you should make sure to feed him sensibly and never overfeed him.

The smooth-haired dachshund is the most uncomplicated of the dachshunds in this respect. His coat doesn’t need trimming and just needs regular brushing. The dachshund should only be bathed when it is very dirty. Since he hangs around a lot in the undergrowth, it is best to check him for ticks after every walk (except in the winter months) and then remove them with special tick tweezers. Check your ears regularly too. 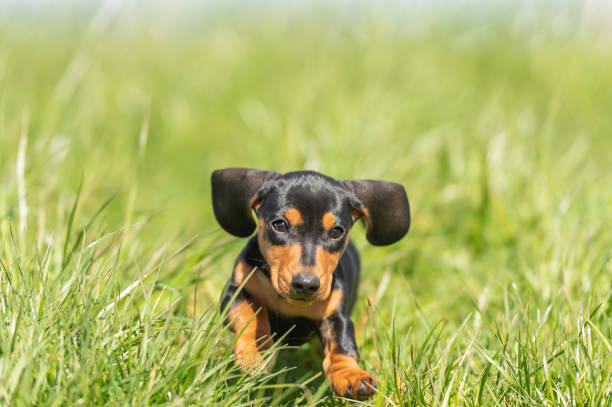 At the Fédération Cynologique Internationale (FCI) the dachshund belongs to group 4: dachshund with working test. In addition to the wire-haired and long-haired dachshunds, there are also variations in size: dachshunds, miniature dachshunds, and rabbit dachshunds.