This is How the Dachshund (Long-Haired) 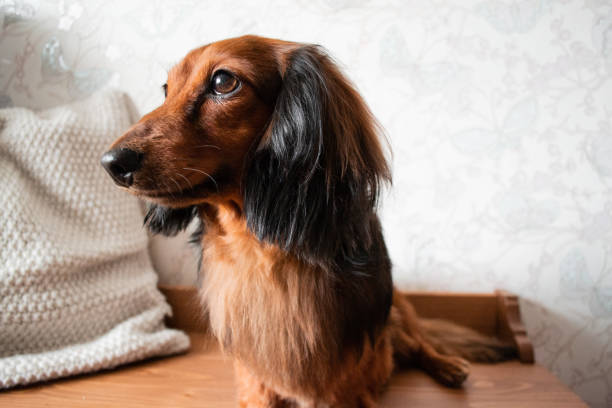 He has a lot of energy and keeps his owner busy all the time. Most of the time he exudes a good mood is always up for a game and is open-minded. The long-haired dachshund is very attached to its owner and is happy to follow him everywhere.

In general, the dachshund demands quite a lot from its owners. He always wants to be busy and gets stupid ideas easily when he feels neglected. However, the long-haired dachshund is considered to be somewhat gentler and more cuddly than the rough-haired and short-haired dachshunds. Unlike these two, it was not and is not used for hunting, where the long fur would be extremely cumbersome.

The Long-Haired Dachshund and Health

As with the other dachshund species, the relationship between body length and legs must be taken into account. One should not choose a puppy with extremely short legs, as this is associated with major problems, in particular the well-known dachshund paralysis. If possible, the dachshund should therefore not climb stairs or jump down from great heights. Another danger is obesity, which must be avoided at all costs.

The Appearance of the Long-Haired Dachshund 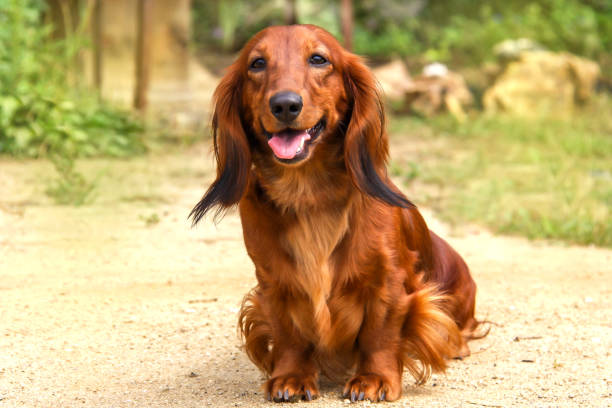 The development of the long-haired dachshund is similar to that of the (short-haired) dachshund: short-legged dogs have been used for hunting in badger and fox dens for centuries. Even the Celts had short-legged dogs, the Bracken. The breed characteristics of today’s dachshunds were determined in the 19th century when the dachshunds have also enjoyed the greatest popularity to date.

The silky fur of the long-haired dachshund comes from crosses with other short-legged dog breeds, probably spaniels. The Fédération Cynologique Internationale (FCI) registers the dachshund as FCI standard no. 148 under the designation “Dachshund”.