In Germany, beer is the most popular alcoholic drink. As a rule, however, enjoyment is reserved for humans – beer is nothing for dogs. Or is it? Can dogs tolerate the alcohol in beer in moderation?

Contents hide
1 Beer for Dogs in Brief
2 Dogs Like Beer …?
3 … But They Can’t Take It
4 What Happens if a Dog Drinks Alcohol?
5 Beer for the Dog to Calm Down?
6 What to Do if the Dog Has Drunk Beer or Too Much Alcohol?
7 Malt Beer for Dogs: Non-alcoholic Beer as an Alternative?

Beer for Dogs in Brief 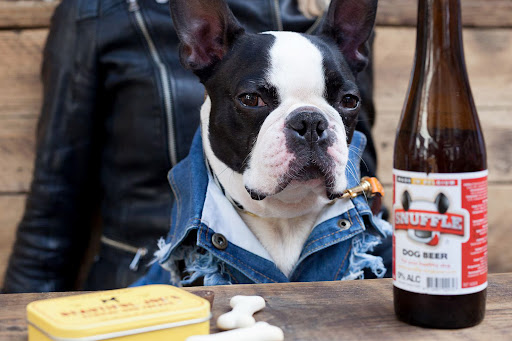 Many dog owners will surely be familiar with this: in the evening, the after-work beer glows appetizingly in the jug. But as soon as the owner turns his back on the glass for a moment too long, it’s Bello’s turn. The dog wants a beer! Why? Probably the best dog expert cannot say that. The four-legged friend just seems to like it. In addition, it is no secret that even animals have no objection to a solid intoxication. Mayflies like to get drunk on wine. Baboons get intoxicated by the alcohol content of fermented fruits. And macaques even steal cocktails from tourists on Thai beaches.

… But They Can’t Take It

That may sound funny at first – but unfortunately, dogs don’t tolerate alcohol at all. We humans also only take the intoxicant safely in moderation. At a certain level, a pleasant swipe turns into uncontrollable drunkenness. After that, there is a risk of alcohol poisoning. This is even more dramatic with Bello because the dog’s liver cannot break down alcohol.

What Happens if a Dog Drinks Alcohol?

In humans and all other mammals, the liver is normally responsible for breaking down alcohol. However, the dog’s liver is unable to do this. The breakdown, therefore, takes place through the lungs and through breathing. Unfortunately, the process is not nearly as effective as the breakdown of alcohol by the liver. The intoxication lasts much longer in dogs than in humans. Depending on how much the animal has drunk, this can of course be dangerous. The aftereffects – the hangover – also last much longer. This is of course very uncomfortable for the poor fur nose.

Beer for the Dog to Calm Down?

A sip or two every now and then is not fatal, but still to be avoided. Has the dog been exposed to a stressful situation, such as fireworks or a visit to the vet? Then other sedatives should be used.

What to Do if the Dog Has Drunk Beer or Too Much Alcohol?

If the dog has drunk too much, he shows the same symptoms as humans: he stumbles, his bark sounds loud and he feels sick. If the animal vomits, that is good per se. Then the body expels the toxins and less alcohol enters the bloodstream. But does he not stop vomiting and feel increasingly miserable? Then a veterinarian is urgently needed. He pumps out the stomach and places an infusion to break down the alcohol more quickly.

If a vet is not needed, food and water will help. Give your sweetheart something to eat – ideally dry food. Then he will also take water afterward. Both help neutralizes the alcohol. After that there is not much you can do: Bello will feel miserable for the next two days – and will simply have to endure the hangover.

Malt Beer for Dogs: Non-alcoholic Beer as an Alternative?

Are dogs allowed to drink malt beer? But absolutely! The veterinarian and alternative practitioner Tamme Hanken, who became known as the “bone breaker”, swore by a certain medicine: Malt beer! The high density of minerals, trace elements, and energy has an extremely positive effect on the dog’s organism. At the same time, malt beer also contains hops – and hops have a calming effect. In addition, malt beer does not contain alcohol. So Bello can enjoy it without any ulterior motives. The only drawback: It is very high in calories. If the four-legged friend eats too much of it, he will gain weight.