The border collie is characterized by a variety of colors in color. The breed Standard does not prescribe strict rules for coat colors, since working qualities, the temperament of the border collie are more important. Therefore, representatives of the breed with any coat color are allowed to participate in competitions and exhibitions. 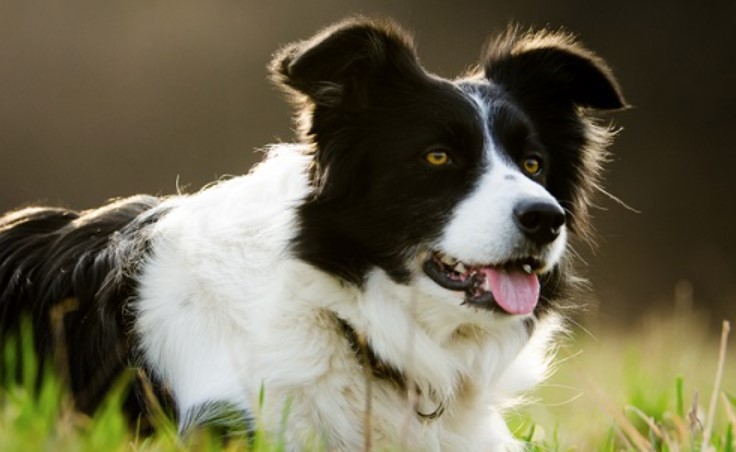 Black and white border collies are the most common. The classic, in the sense of a frequently encountered, color is characterized by white on the face, white-collar, “socks” on the legs of any length, chest, the tip of the tail. Although the amount of white may vary. In some individuals, black may predominate, but completely black border collies are not characteristic of the breed. 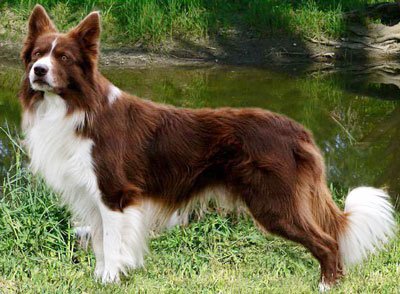 Red, or as it is commonly called in some countries (for example, in Australia), chocolate, liver, brown border collie color is characterized by various shades of red in combination with white. True red is the rich red of burnt ocher, but there is no right or wrong shade of color. During the shedding period, the coat lightens, but the true chocolate color of the border collie is visible on the hips, shoulders, sides, muzzle when the dead hair has already come off. The gene for red is recessive. To give birth to a brown border collie, two dogs carrying this gene must be mated. In chocolate border collies, the nose may be brown, the eyes are usually amber, less often green. 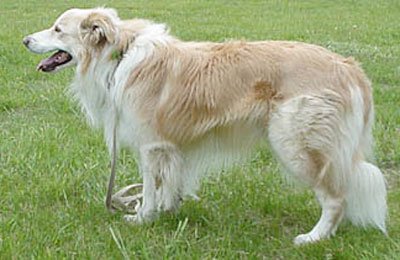 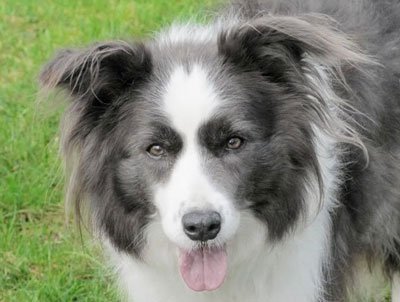 Blue or gray color is rare, it looks smoky, hazy, but in fact, it is a lightened black. In one embodiment, the puppies may be black at birth, but as they age, the black loses its intensity, acquiring a gray tint. Alternatively, the dominant gray gene appears gray at birth. Gray becomes lighter in older age, the nose is gray, the eyes are more often amber or green. Some believe that mating two blue border collies will result in puppies with an inherited condition called gray collie syndrome (cyclical neutropenia). This opinion is erroneous, since the disease is typical for short-haired and long-haired collies, belonging to a completely different breed. Puppies from two blue parents are born healthy, without signs of genetic disease. 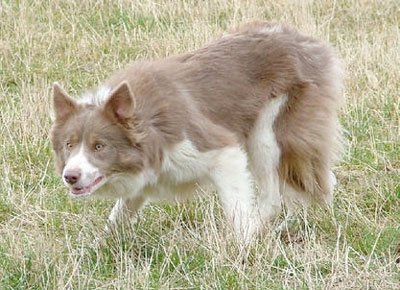 The lilac color, in other breeds it is called isabella, has a shade obtained by mixing brown and blue. It is quite rare. 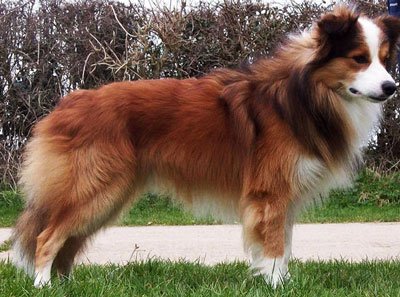 The sable color is characterized by the presence of red hair at the base and black at the tip. Dogs with sable color are rarely born, it is especially difficult to recognize it in marble-sable individuals. In such dogs, with age, the hair becomes more similar to red along the entire length. By mentions and artwork, sable border collies were common in the 19th century. 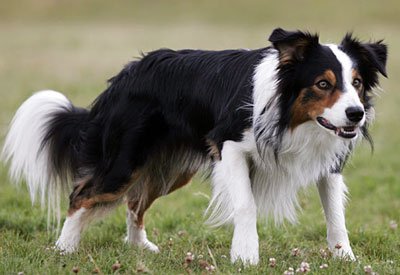 Tricolor border collies are characterized by the presence of white, any other color (red, black, blue, purple, merle, etc.), and tan. Marks are usually present above the eyes, on the cheeks, sometimes on the legs, under the tail, on the outside of the hind legs. The tan appears in varying amounts and in any shade from light beige to deep auburn. 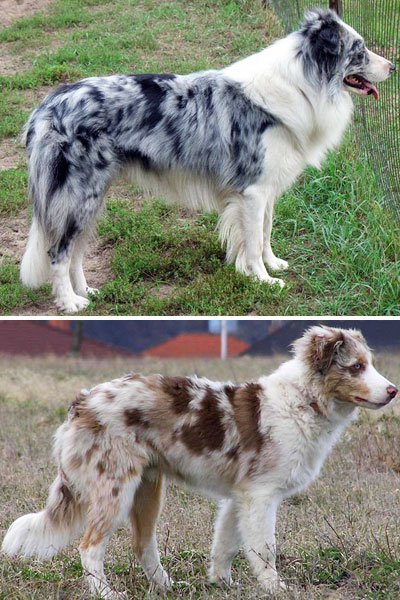 Merle (marble) has many options – blue (based on black), red, sable (red), slate (based on blue), etc. The pattern appears as spots of different sizes and intensities of staining within the same color. Marbled dogs often have different colored eyes. When two marbled dogs are mated, the puppies are usually born dead, in rare cases the puppies survive. Typically, these puppies are described as white merle and may have hearing and vision problems. 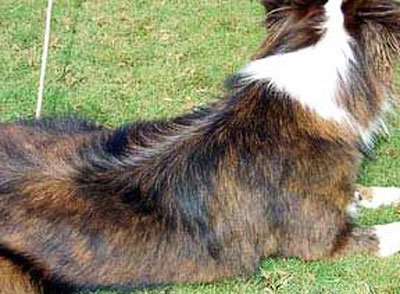 Brindle border collies are characterized by the presence of black-brown stripes on dark markings, but brindle may appear in individuals of any other color, for example, blue individuals will have a blue stripe, red ones – red. Brindle is found in tricolor individuals in areas of tan marks – above the eyes, on the cheeks, in the chest area, in the lower part of the front and hind legs, and on the tail.

Sometimes border collies are born with a lot of white in their color. So, for example, dogs can have a half-white head, dark grain on the legs, muzzle, colored spots on the body. The second color can be not only black but any other color.

Tan Border Collies, sable or brindle, may have a dark mask on their face. But it can be difficult to distinguish it because of the white spot on the face, which completely hides the mask or leaves only traces of it.

There are border collies with a saddle spot, which is a dark spot on the back that resembles a saddle. Sometimes this spot extends to the shoulders, reaches the neck, and descends to the tail.

Spotted individuals have small specks on the white areas that appear several weeks or months after birth. The greatest amount of speck is observed on the legs, head, body, and the intensity of the speck is different, there may be white spots that are not affected by the speck. This color has nothing to do with marble. 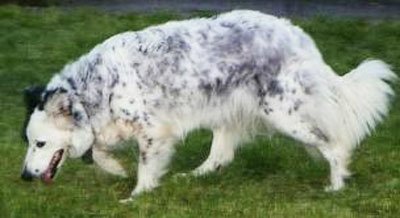