Over the history of the breed’s existence, the Border Collie has received recognition, love, and fame. Many of the representatives of the breed have been honored with a mention, but the memory of some of them is immortalized by people who appreciated the skill, agility, intelligence, loyalty of the border collie. 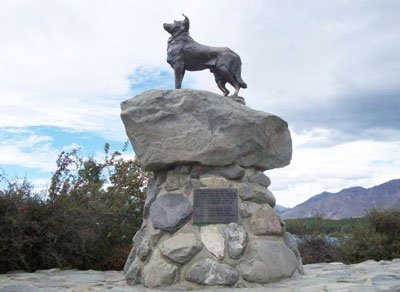 In the 19th century, Scottish shepherds settled in the highlands of Mackenzie Country in New Zealand. Border collies, which the shepherds brought with them, provided assistance in grazing sheep on a vast territory. For the invaluable help of dogs in honor of the representatives of the breed, a statue of a border collie was erected on the shores of Lake Tekapo in 1968. The author of the sculpture is Innes Elliott. The statue was erected on a huge stone boulder, against the backdrop of a stunning landscape. 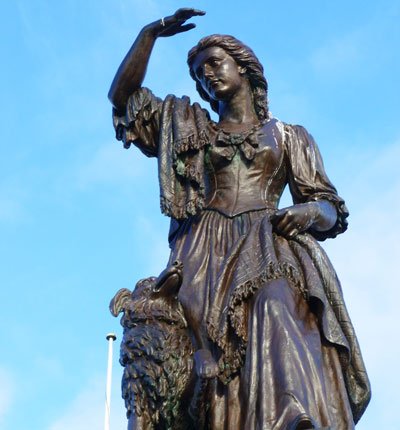 In Inverness, Scotland, there is a memorial to Flora MacDonald and the Border Collie, designed by Andrew Davidson. The memorial was erected in 1896. At the age of 24, Flora MacDonald helped Prince Charles escape from the pursuit of enemies. She was later arrested for helping Prince Flora, but in 1747 she was released. For her courage and devotion, a young woman with a kind soul and gentle disposition earned recognition. Although there is no mention of a dog accompanying Flora, the monument depicts a woman and a dog next to her. Perhaps the border collie next to it symbolizes the loyalty and courage of a young woman.

Memorial to Adam Telfer and the Old Hemp the Border Collie 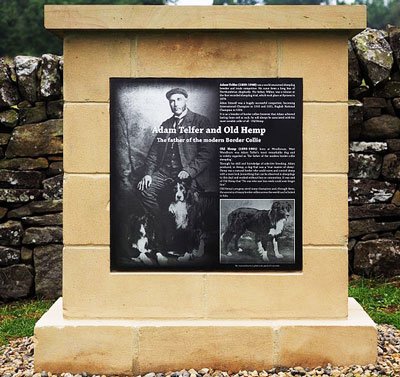 A memorial in honor of the breeder for his contribution to breeding work is installed in the Jubilee Triangle, near the A68 (West Woodburn, Northumberland, UK). Adam Telfer (1859-1940) is an internationally renowned Border Collie breeder. One of Adam’s most prominent dogs was Old Hemp (1893-1901), which is called the father of modern border collies. An amazing dog showed all his shepherd’s skills, he could control the sheep with one glance, work without fuss and bustle. Many of his descendants have become champions. The monument to the border collie and Adam Telfer was solemnly opened by the great-granddaughter of the famous breeder.

Monument to James Mackenzie and Friday the Border Collie 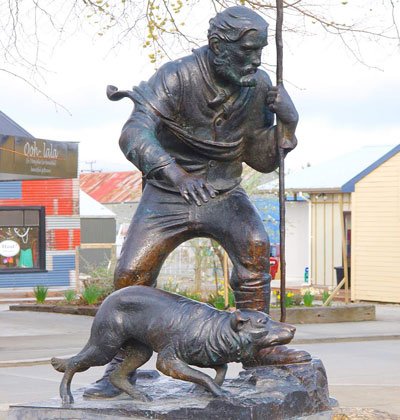 James Mackenzie is originally from Scotland but emigrated to Australia in the 1840s and then moved to New Zealand. He and his dog, Friday, hunted on farms. At night Friday collected the sheep and drove them from the farm to Mackenzie, who was selling the sheep at a good price. Under this scheme, Mackenzie and his border collie worked for several years, but in 1855 he was arrested. Soon, James managed to escape, but instead of looking for shelter, he went to rescue his dog, to which over the years of working together he became attached. He was detained and deported. Later, a monument to James Mackenzie and Friday was erected as a sign of human and dog loyalty.