What is good for you in terms of sweets and delicacies is not necessarily digestible for your darling. Some sweets, such as chocolate, can put your four-legged friend’s life in acute danger. But what should be done if the dog “accidentally” ate gummy bears? Below you will find out what to do if the dog has eaten candy, gummy bears, or liquorice.

Contents hide
1 The Essentials in Brief
2 Too Many Gummy Bears Promote Obesity in Dogs
3 Caution, Dangerous: the Sweetener Xylitol is Poisonous for Dogs
4 Do Not Underestimate the Side Effects of Sugar for Dogs
5 Too Many Gummy Bears Can Lead to Diabetes in Dogs
6 Our Recommendation: Keep Sugary Sweets Out of the Reach of the Dog 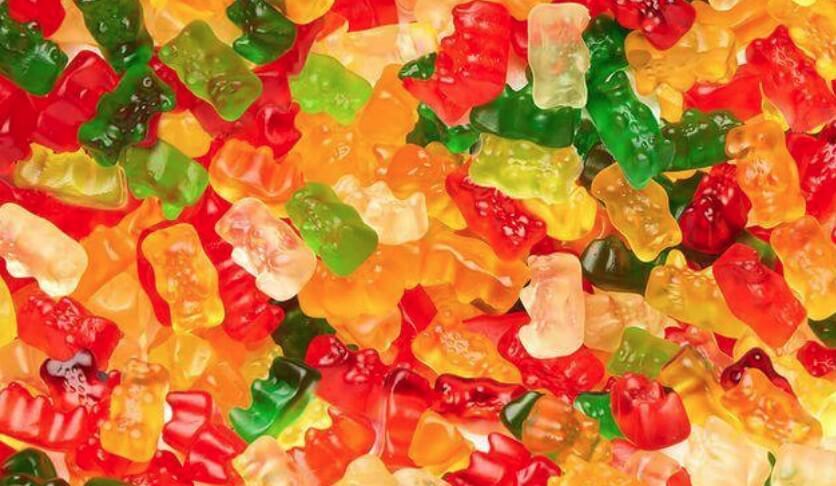 Too Many Gummy Bears Promote Obesity in Dogs

Caution, Dangerous: the Sweetener Xylitol is Poisonous for Dogs

The consumption of sugar substitutes can be dangerous for your four-legged friend. These belong to what dogs are not allowed to eat. The ingestion of xylitol is harmless to humans. However, even a small amount of the birch sugar administered can cost your four-legged friend his life. 0.1 grams of the substance is enough to kill your dog. Because the sweetener favors an increased release of insulin in the fur nose, as a result of which the blood sugar level drops. The dog then develops symptoms such as weakness, cramps, indifference, or circulatory failure. In the worst case, vital organs fail, so that your four-legged friend can fall into a coma or die.

Do Not Underestimate the Side Effects of Sugar for Dogs

Species-appropriate treats are the better alternative to gummy bears. As soon as the beloved four-legged friend eats too many gummy bears or Maoam, he wears bad teeth. Your four-legged friend gets tooth decay less often, but he develops stubborn plaque. This plaque can in turn trigger tartar, which inflames the gums or, in the worst case, the entire oral cavity.

Too Many Gummy Bears Can Lead to Diabetes in Dogs

The increased consumption of gummy bears can cause diabetes in your dog. The dog’s body converts the excess carbohydrates into fat reserves. If the dog eats gummy bears regularly, it can become obese over time. In the worst case, the dog develops incurable diabetes, which must be treated with medication for life.

Our Recommendation: Keep Sugary Sweets Out of the Reach of the Dog

In order to put a stop to the unwanted ingestion of gummy bears, you should heed a few tips:

Never leave sugary sweets unattended within your dog’s reach. Instead, store them in cupboards that your darling cannot reach.

If your dog eats too many gummy bears, you should see a veterinarian as soon as possible. He will make your dog vomit with a tip and give him an IV if he has hypoglycemia.