Are raspberries good, bad, or even poisonous for dogs? Dogs are carnivores, but it can be observed again and again that they like to snack on fruit and vegetables from time to time. Some dogs pick raspberries from the bush themselves. Some fruits such as grapes are poisonous for dogs. Raspberries can be fed without hesitation. They are high in vitamin C and contain minerals like potassium.

Raspberries for Dogs in Brief 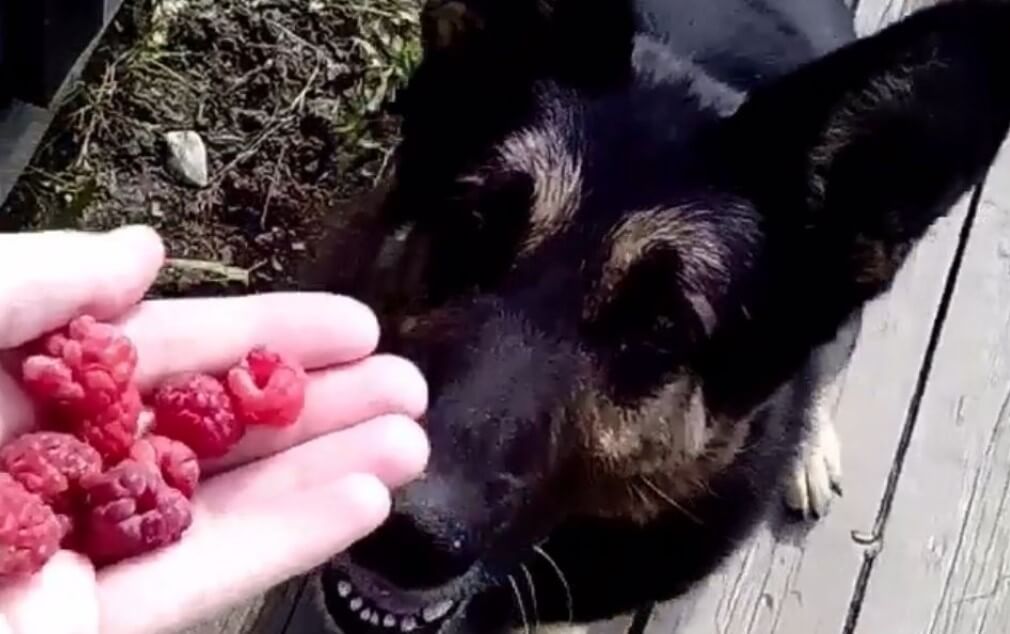 Raspberries have long been known as a remedy, raspberry leaf tea is used for women’s ailments. Pregnant females also benefit from the tea infusion, the herbs can also be fed. Raspberries have a positive effect on joint pain and gastrointestinal complaints.

Raspberries are a sister of the blackberry, belong to the rose family, and have many positive properties. They have been used as remedies before. They can be used as tea and fruit. In pregnant females, the tea infusion and the herbs can facilitate childbirth in the last third of pregnancy. In addition, it supports the flow of milk and has a positive effect on heat. Raspberries have a cycle-regulating effect and can reduce pseudo-pregnancy.

Are Raspberries Healthy For Dogs?

The raspberries themselves have a positive effect on joint pain and gastrointestinal complaints. They contain ellagic acid and anthocyanins, both of which have cancer-reducing properties. They are particularly well suited for older dogs. Dogs that have a tumor or have already survived it can also benefit. With calcium (40 mg), magnesium (30 mg), and vitamin C (25 mg), raspberries are a good food supplement for dogs.

How Many Raspberries Can Dogs Eat?

As healthy as raspberries are, they should of course not be the main food for dogs. This is still the meat. But raspberries are a very good dietary supplement that is best fed fresh. They can be mixed well with the feed, especially when barfing. Dogs can also nibble on the berries fresh from the bush in the garden. To preserve raspberries, they can be frozen or dried. Frozen raspberries must be thawed before feeding.

Can Dogs Have Raspberries? How to Feed?