Rhubarb is a typical early summer vegetable that is in season from May. Contrary to what is often assumed, it is not a fruit, but a vegetable. The sour rhubarb is not poisonous for dogs, but it should only be fed in small quantities. Puppies and sick dogs, on the other hand, shouldn’t eat rhubarb. This article explains why vegetables are only healthy in moderation.

Contents hide
1 Is Rhubarb Harmful to Dogs?
2 What Makes Rhubarb Healthy For Dogs?
3 How Much Rhubarb is Good for the Dog?
4 Can Dogs Eat Rhubarb Compote or Rhubarb Cake?

Is Rhubarb Harmful to Dogs? 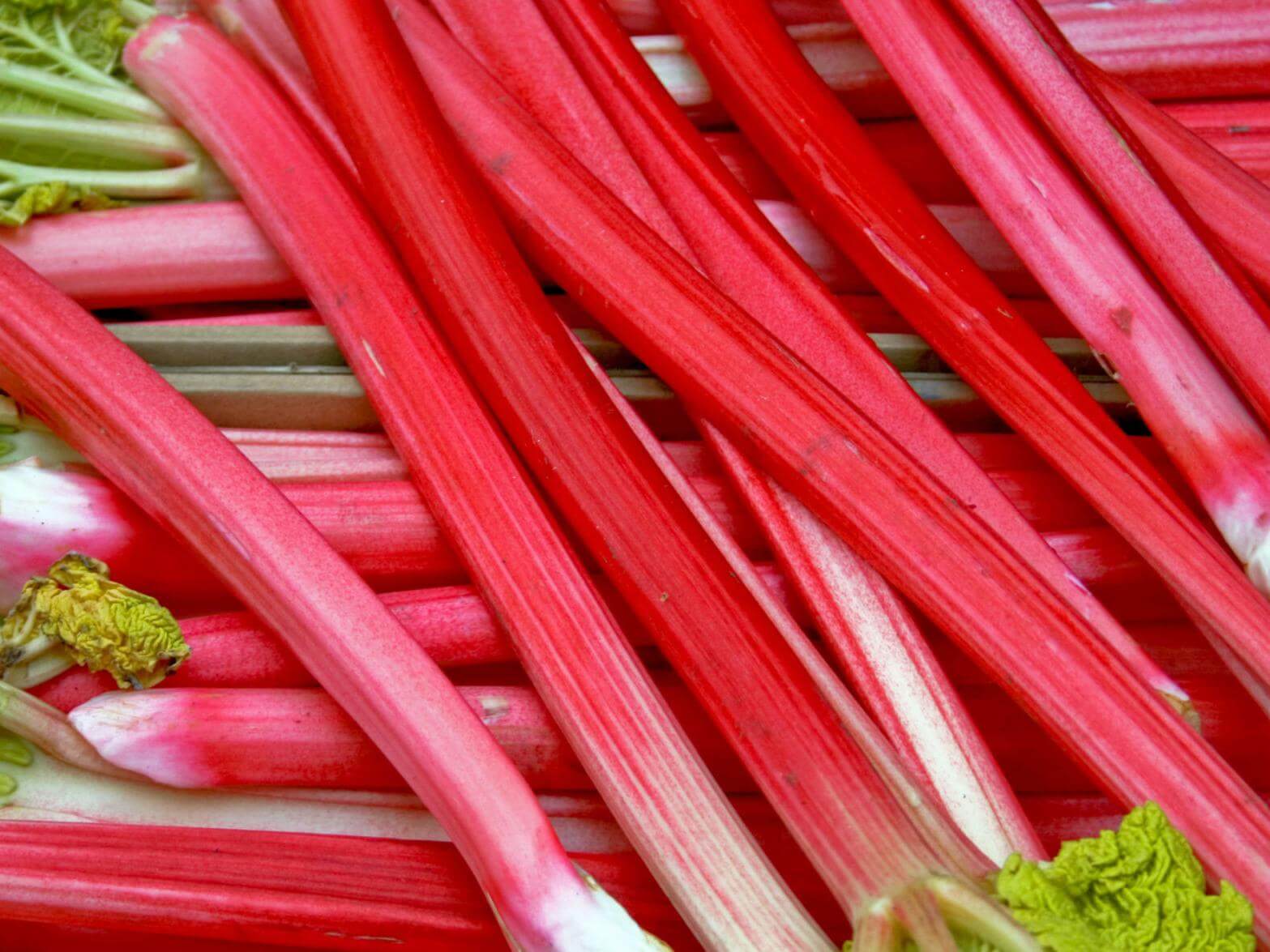 Although rhubarb is not poisonous, it contains large amounts of oxalic acid. Oxalic acid inhibits calcium absorption and can lead to calcium deficiency if consumed in large quantities or if consumed regularly. For this reason, rhubarb is not suitable for puppies and young dogs, as calcium is primarily necessary for growth and bone structure. Even dogs with a metabolic disorder, kidney problems, or osteoarthritis should not eat rhubarb to prevent malnutrition.

What Makes Rhubarb Healthy For Dogs?

Despite the oxalic acid it contains, rhubarb can now and then be a welcome change on your dog’s diet. The vegetables are particularly popular because they are very low in calories and contain large amounts of vitamin C. The important vitamin strengthens the immune system and ensures the well-being of your fur nose. Rhubarb is also good for the intestinal tract: it has a detoxifying effect and aids digestion.

How Much Rhubarb is Good for the Dog?

Dogs can eat small amounts of rhubarb. To do this, you should remove all leaves, peel the stems and then steam the vegetables in boiling water so that the rhubarb becomes soft and easier to digest. If you are not sure whether your dog can digest rhubarb, start by feeding it in very small amounts. If symptoms such as nausea, vomiting, or diarrhea occur after consuming rhubarb, remove the vegetables from your dog’s diet.

Rhubarb has a distinctly sour taste and is therefore often used for desserts with a lot of sugar, for example for rhubarb compote or rhubarb cakes. The high sugar content of the desserts is very unhealthy for dogs. So don’t give your furry friend any sugared rhubarb. If your dog does not like the sour vegetables, simply refrain from feeding rhubarb completely.