Fascinating: The sensory organs of four-legged friends differ greatly from those of humans. They smell, taste, hear and see differently. The question that is particularly exciting for dog owners is: Can dogs only see black and white or also colors? The answer and many interesting facts about a dog’s visual organ can be found here!

Contents hide
1 Do Dogs See Black and White or Colors?
2 Dogs are Not Color Blind
3 How is Red-green Poor Eyesight Explained in Dogs?
3.1 5 ingenious extras that compensate for red-green poor eyesight:

Do Dogs See Black and White or Colors?

Lush green in the meadow, colorful flowers, or the deep blue of the sea – is this world of colors closed to man’s best friend? The answer is:

Dogs see the world in colors – but differently from humans. They look at their surroundings mainly in shades of yellow and blue.

Man’s best friend, on the other hand, cannot perceive red, orange, and green. These hues appear to them in yellow or colorless.

Dogs are Not Color Blind 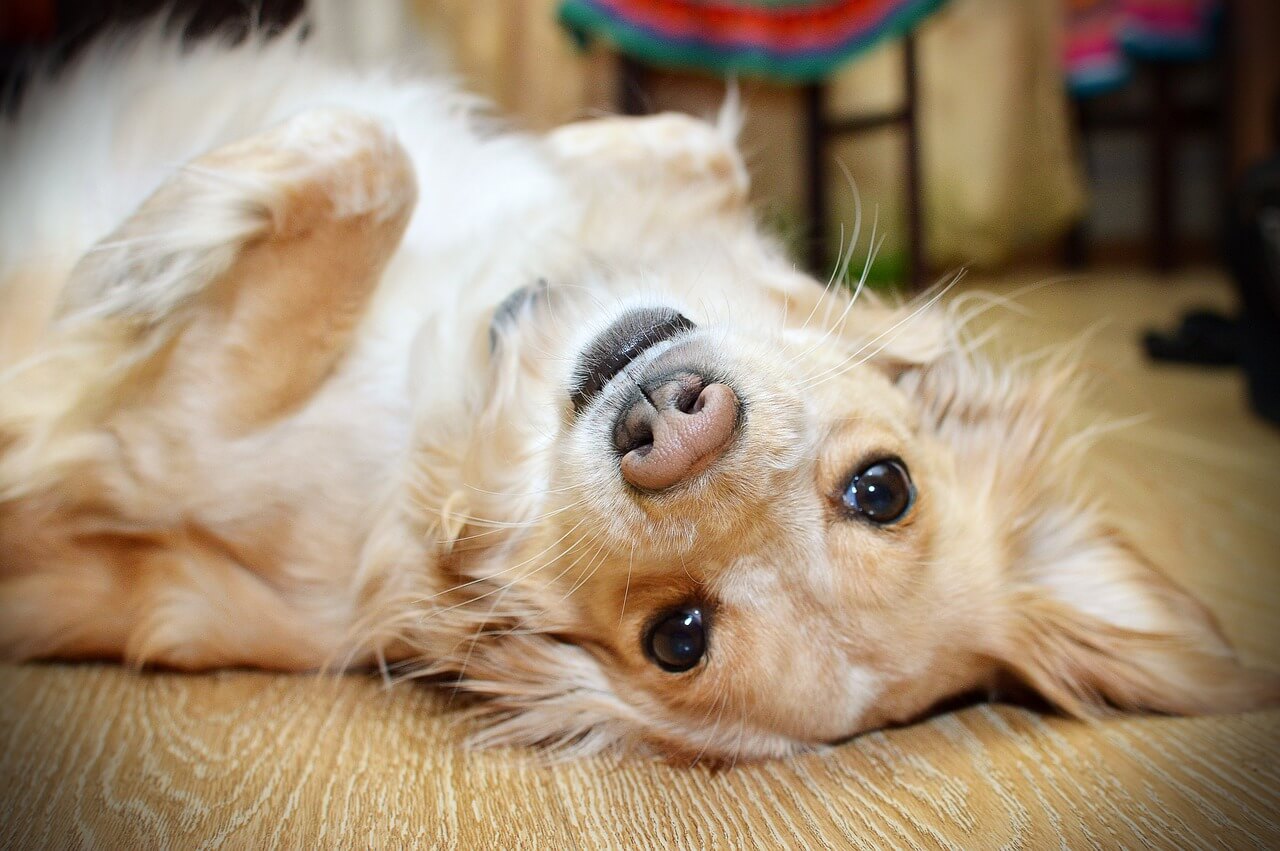 For a long time, humans assumed that a dog was color blind. The exciting question “Can dogs only see black and white or also colors?”, However, persisted some scientists. Several studies were able to refute the thesis about the color-blind dog.

One of the most famous of these is from the Jay Neitz, Timothy Geist, and Gerald H. Jacobs team at the University of California, Santa Barbara. In 1989, the scientists published an insightful study showing the dog’s two-tone vision. But how is it that four-legged friends cannot see red and green tones? For the answer, let’s take a quick look at the dog’s anatomy.

How is Red-green Poor Eyesight Explained in Dogs?

Like humans, the retina of a dog has cones and rods. These two photoreceptors enable individuals to see. The so-called cones in the retina are decisive for color vision. Among the vertebrates, there are species that are equipped with one, two, three, four, or even five types of cones.

The calculation is very simple: the more cone types, the higher the color spectrum. With a number of two cone types, the dog is happy with less color vision. One is responsible for the violet-blue color spectrum and the other for yellow tones. Man, on the other hand, has three. Interesting: The retina of many birds has four or five different types of cones.

A dog’s eye captures fewer colors than a human’s. The simple explanation: colors play a subordinate role for a hunter.

Nature endows every species with characteristics that ensure their survival. For a hunter, good eyesight in the dark and the ability to detect rapid movements are vital. If you think of a Bichon Frisé or a Chihuahua, you don’t associate either with a “hunter”. In fact, very few four-legged friends are still able to hunt prey on their own. And yet today’s dog still has many characteristics from its ancestor, the wolf. By the way, the color red is the most important for humans. This can be deduced from the fact that the cones for the red tones are in the center of the retina.

Dogs get along very well in a world without reds and greens. After all, in return, nature has equipped the four-legged friends with other amazing extras to help them find their way around.