Due to the fact that for a long time the group of the Pembroke corgi was more untwisted by the breeders, the Cardigan corgi was practically on the verge of extinction.

External Characteristics of an Adult Dog 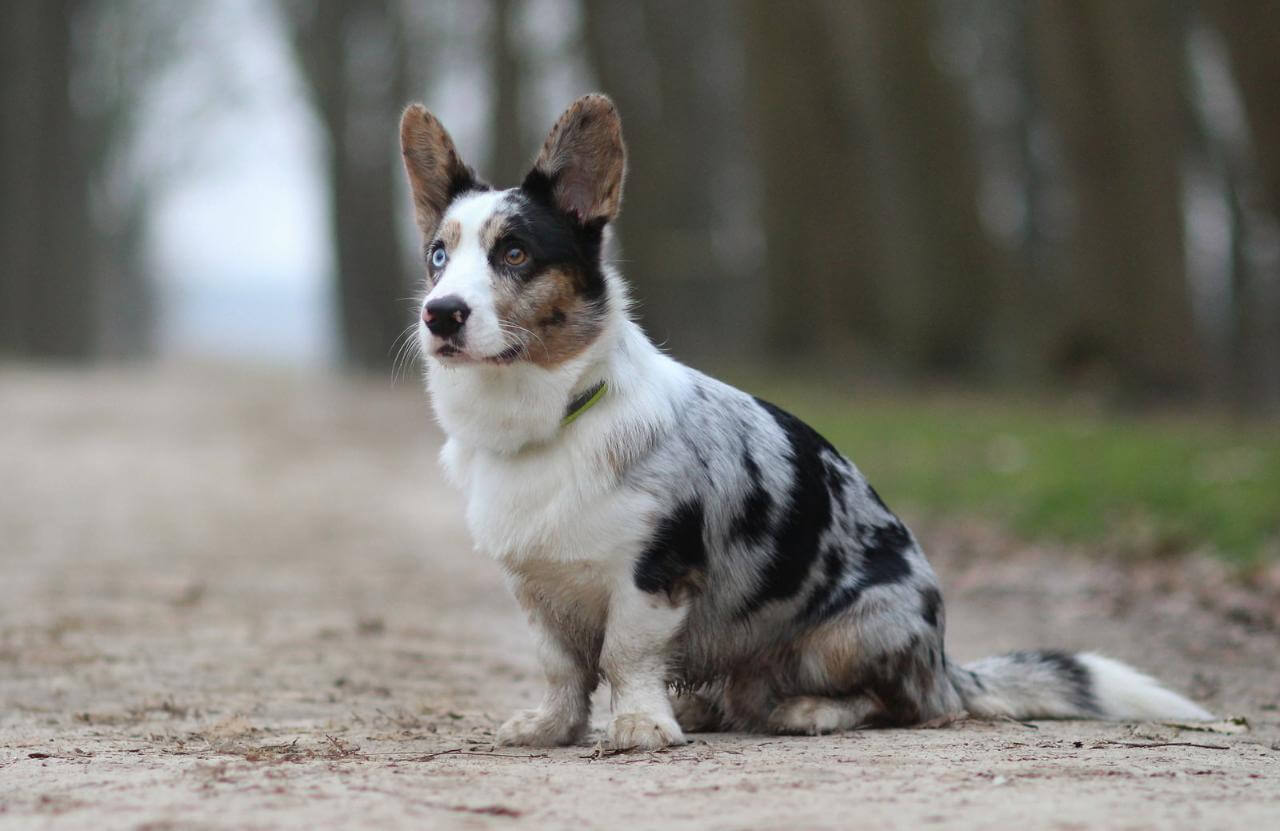 In the genes of the long-bodied Cardigan corgi, the dachshund gene is predominant, which makes their legs curved, the chest massive, the silhouette lines smooth. The short legs of these shepherd dogs were achieved specifically in order to make it easier for them to cope with cowherds. To prevent the livestock from scattering in different directions, the shepherd dogs slightly bite their legs, thereby pushing them to go in the right direction. The cows, of course, did not like this treatment and the response to the bite was a powerful hoof kick. If the corgi were taller, then, most likely, after such a “response” they would not be able to fulfill their duties.

According to the standard, the height of an adult Cardigan at the withers does not exceed 32 cm in males and 27 cm in females. Compared to the much later bred Pembrokes, cardigans are much taller.

Cardigan Welsh Corgis are very mobile and energetic, despite their outward clumsiness, they run quite fast and like to spend time actively. However, in spite of this, the problem of excess weight is very familiar to them, since with improper nutrition they quickly gain weight. According to the standard, an adult male can weigh from 14 to 17 kg, a female from 12 to 15 kg.

If strict requirements for coat color are put forward for more show representatives of the Pembroke breed, then Cardigans can do almost everything. Welsh Corgi Cardigan can be brindle, two or three-colored, with a blue merle coat. Even white spots on the body are allowed as long as they do not dominate the main tones.

Interesting! The color of the eyes of the cardi is also varied. The breed is characterized by heterochromia.

The coat of the Cardigan is a “fur coat” close to the body, which consists of a guard hair of medium length and a thick layer of undercoat. The structure of the hair is moderately hard, smooth, but not so that it resembles silk to the touch.

Important! Corgis with a too soft and fluffy coat are called “fluffy”. Their blood is dominated by a gene that changes the structure of the coat, making it too shaggy and airy. Dogs with the fluffy gene are not allowed to shows.

Cardigans can be called real eared ears because their head is decorated with rather large and erect ears with rounded tips. A Cardigan ponytail is considered correct if it is dropped at a low waist. It should not roll up into a donut, just as it should not be thrown onto its back. 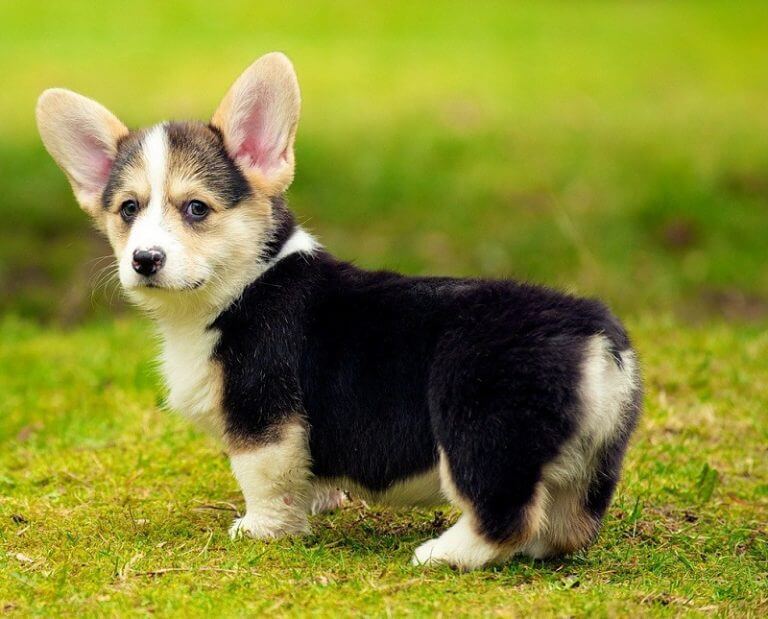 Due to the fact that the Pembrokes have pulled the “blanket of popularity” over themselves, it is rather difficult to find a nursery that would professionally breed the “cardigan” subspecies. Even if there is one, it is best to go for a new friend in the company of a professional who will be able to see what an ordinary person does not catch the eye of.

Important! If a breeder offers to bargain, a reservation for a puppy you like, or sells a baby that is not yet strong (under the age of 8-12 weeks), most likely he is either an amateur or something is wrong with the dogs. Competent breeders respect their work and take care of the broods as long as possible, sending a healthy and vaccinated, slightly grown corgi to a new home. 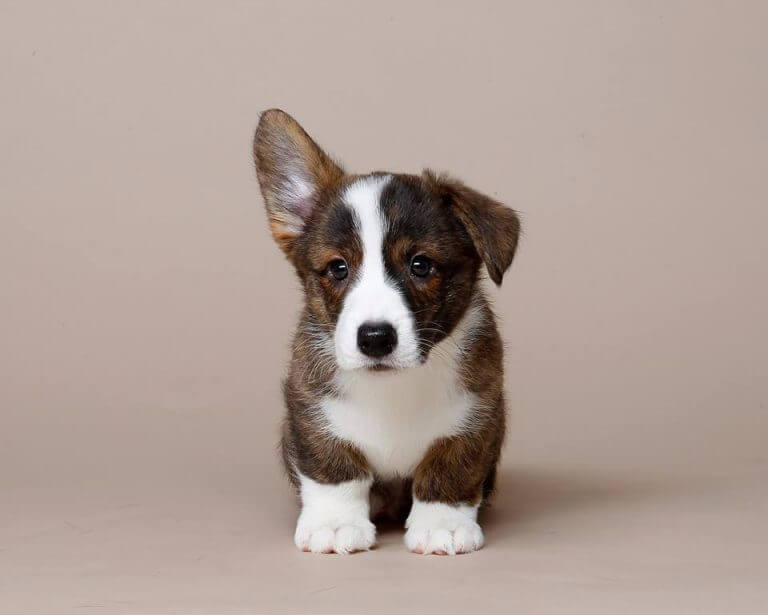 Cardigan babies do not grow too quickly, keeping a puppy look for a long time. At half a year, their growth can be half the norm and they reach the height of an adult dog by 10-11 months of life.

Cardigan gains weight gradually. They may never gain the body weight of an adult, remaining at a comfortable weight of 10-14 kg.

The color of the coat does not change as it grows. Over time, the puppy’s down disappears, being replaced by a dense undercoat.

The ears rise as the puppy grows. Recently, the tail has not been docked, leaving it in its natural size.

The life span of a cardigan corgi is 10 to 15 years. Diseases that worsen the quality of life are periodontal disease, DTBS, vision problems, and allergies.