Even if it doesn’t look like it at first glance: the Chihuahua (also Chiwawa or Tschiwawa) is self-confident and resolute when it comes down to it. Traits that help make the Chihuahua an exceptionally good watchdog too. He is always alert and barks loudly as soon as a stranger approaches him. This can also be a friend of the family, whom he has seen several times. 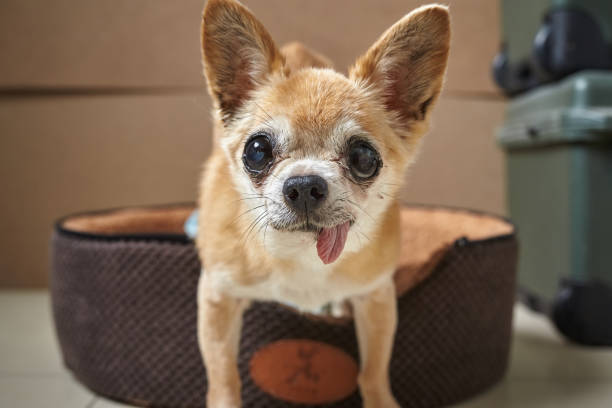 It takes time for a Chihuahua to become friends. But once you’ve conquered your heart, the Chihuahua proves to be an extremely loyal dog. He is cuddly and gentle, likes to sit on your lap or arm, and follows his mistress or master everywhere. When his primary caregivers give their attention to someone else, he quickly becomes jealous. He is timid of larger dogs, which he does bark at, but more to show (lack of) strength than to encourage play. The fear becomes clear through the conspicuous trembling that the Chihuahua also displays when it is cold.

On the other hand, he loves to explore various things on walks and to hide – sometimes even under the covers. However, when looking for a tiny creature, you should be very careful not to step on it. Because he is as fragile as he looks. That’s why he shouldn’t dare to jump from great heights because he can easily break a few bones.

In order to train him, the mistress and master need a lot of patience: A Chihuahua can only be taught with a certain amount of time and nerve effort and is one of the more difficult dogs to train.

He has a problem with small children. They are simply too grossly motorized to be able to deal with the sensitive little fellow appropriately. The Chihuahua then expresses its displeasure by snapping or even biting. If you take his sensitivities into account, the little one is a loving dog for the whole family.

The Chihuahua is 15 to 20 centimeters tall and weighs up to three kilograms. His coat is either short or long-haired – and in all possible colors, one to three colors. His large, upright ears are striking.

How to Care for the Chihuahua

The short-haired Chihuahuas are extremely easy to care for and hardly shed any hair. The long-haired ones should be brushed regularly. But even with them, the hair is limited. 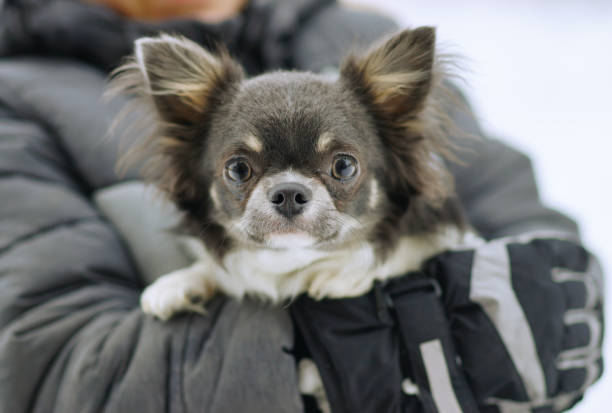 The short-haired Chihuahua is an ancient breed of dog. Images of him can be found in the Mayan pyramids of Chichén Itzá on Mexico’s Yucatán Peninsula. Therefore, it is likely that he descended from the Mayan dog. But they could also be descendants of the Techichis, the sacred dogs of the Toltecs. It takes its name from the Mexican province of the same name that borders the United States. Christopher Columbus is said to have brought him to Europe. The long-haired variant only developed in the 20th century through crossbreeding.