Bobby Humphreys from Boonsboro, Maryland (USA) was a typical American man – he had a big car, big muscles, and a big dog. Chihuahua for him was a funny lady’s accessory, and without a gym, Bobby could not imagine life. But life is still a humorist … 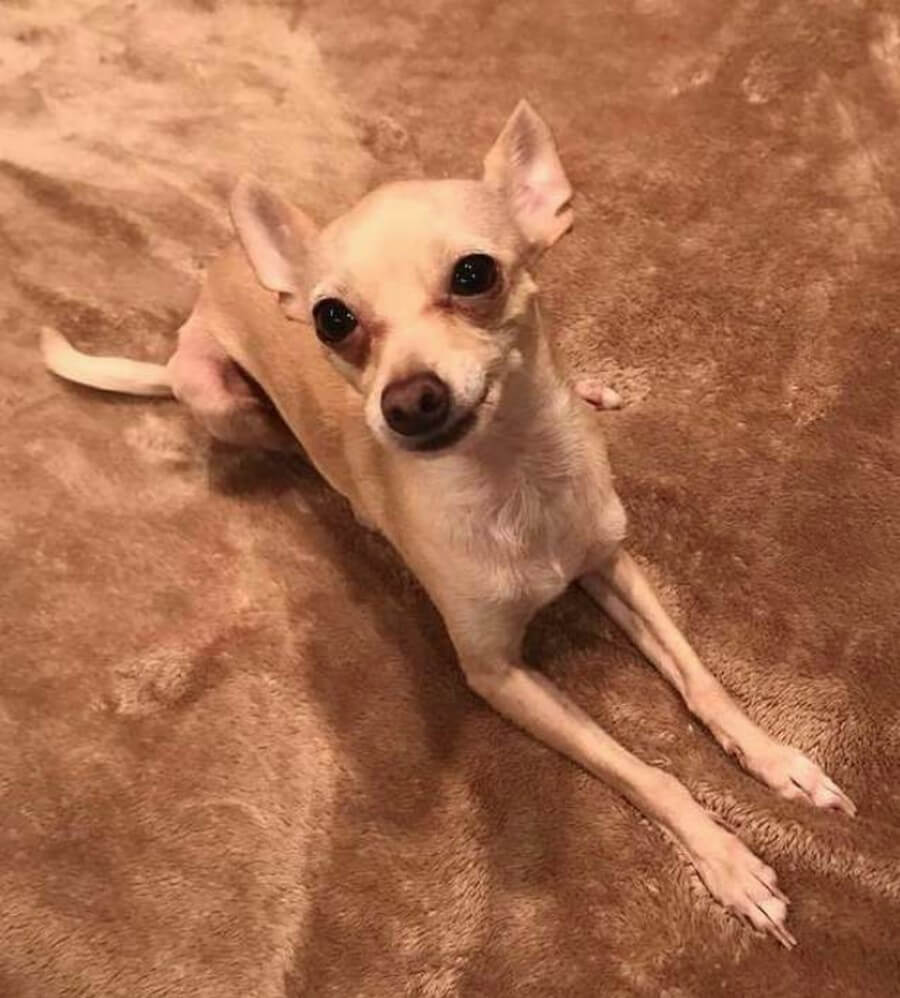 Bobby spent his time between work and exercise machines. He was involved in laying floors, participated in bodybuilding competitions, and also he and his wife were owners of large and vicious Rottweilers for 17 years. But the new 2016 did not come with gifts – just before the holiday, his wife left the man, and a week later he received a serious shoulder injury in the hall. The subsequent operation and long-term rehabilitation against the background of family troubles led to depression and alcoholism. Over time, his shoulder healed, Bobby was able to return to work, but his morale was not very good. 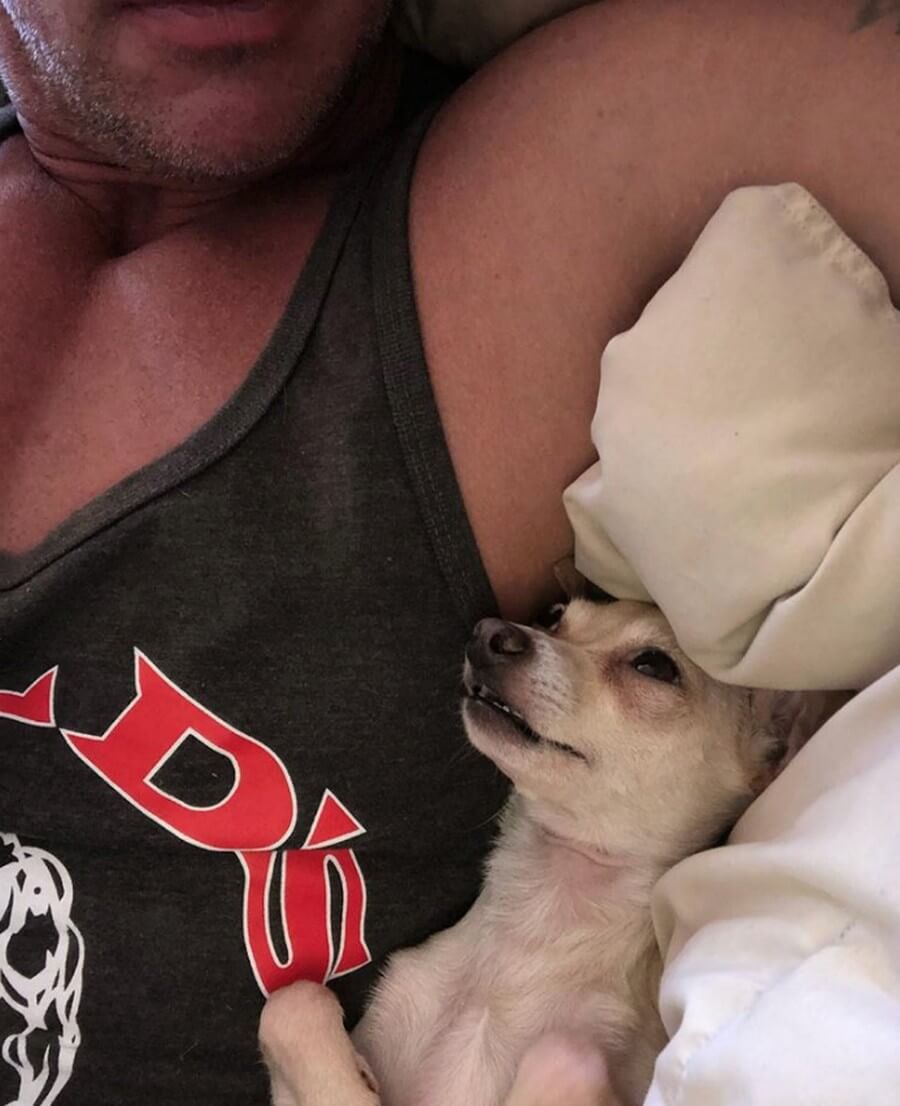 In difficult times, the bodybuilder was strongly supported by his girlfriend Constance. And now the girl herself began to have problems – she was kicked out of the house, she had to look for new housing, and at this time it was necessary to attach Lady the Chihuahua somewhere. Bobby, in principle, did not like small dogs, and even this one with a nasty temperament, even more so. But his friend needed help and he agreed to shelter the Lady at home. 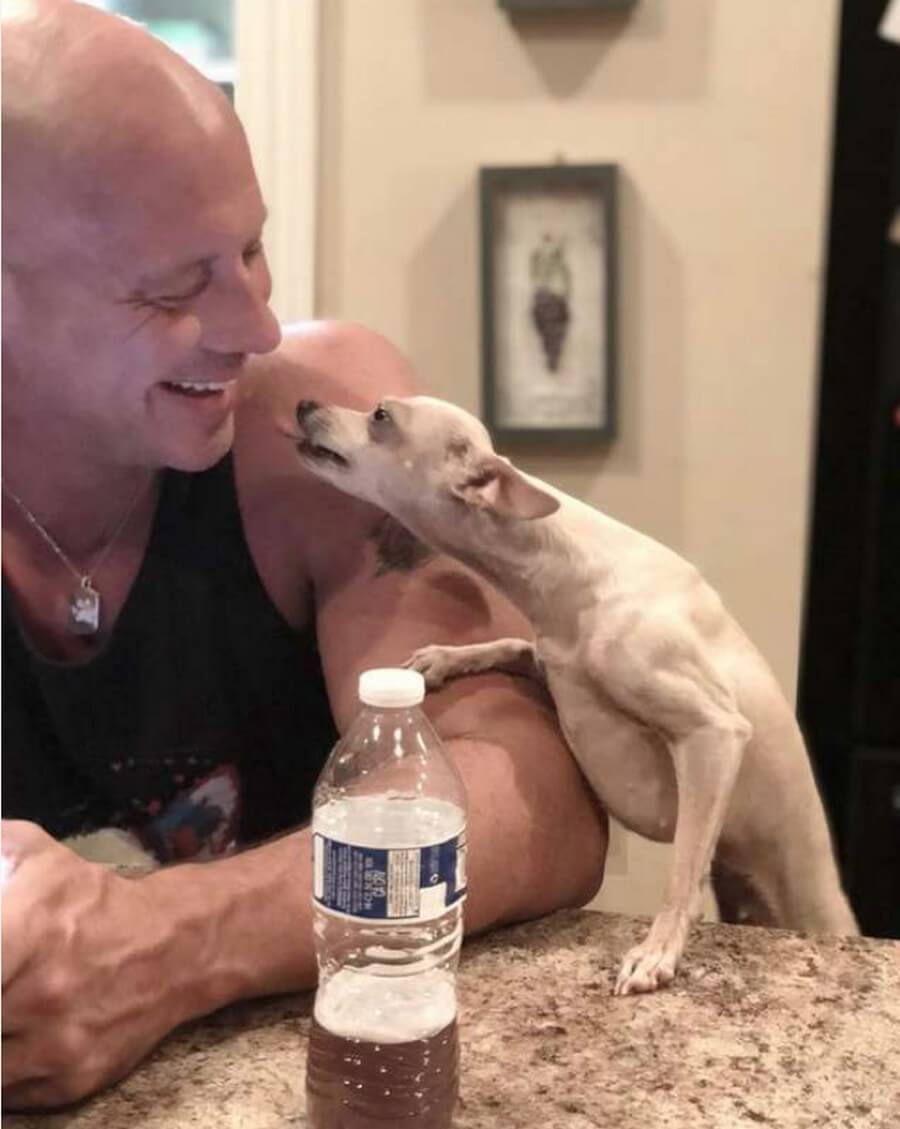 During one of the bouts of depression, Humphreys drew attention to Lady sitting in the booth. He thought that the Chihuahua was as sad and lonely as he was and decided that it should not be so. No matter how bad temperament she has, Bobby decided to talk to Lady. 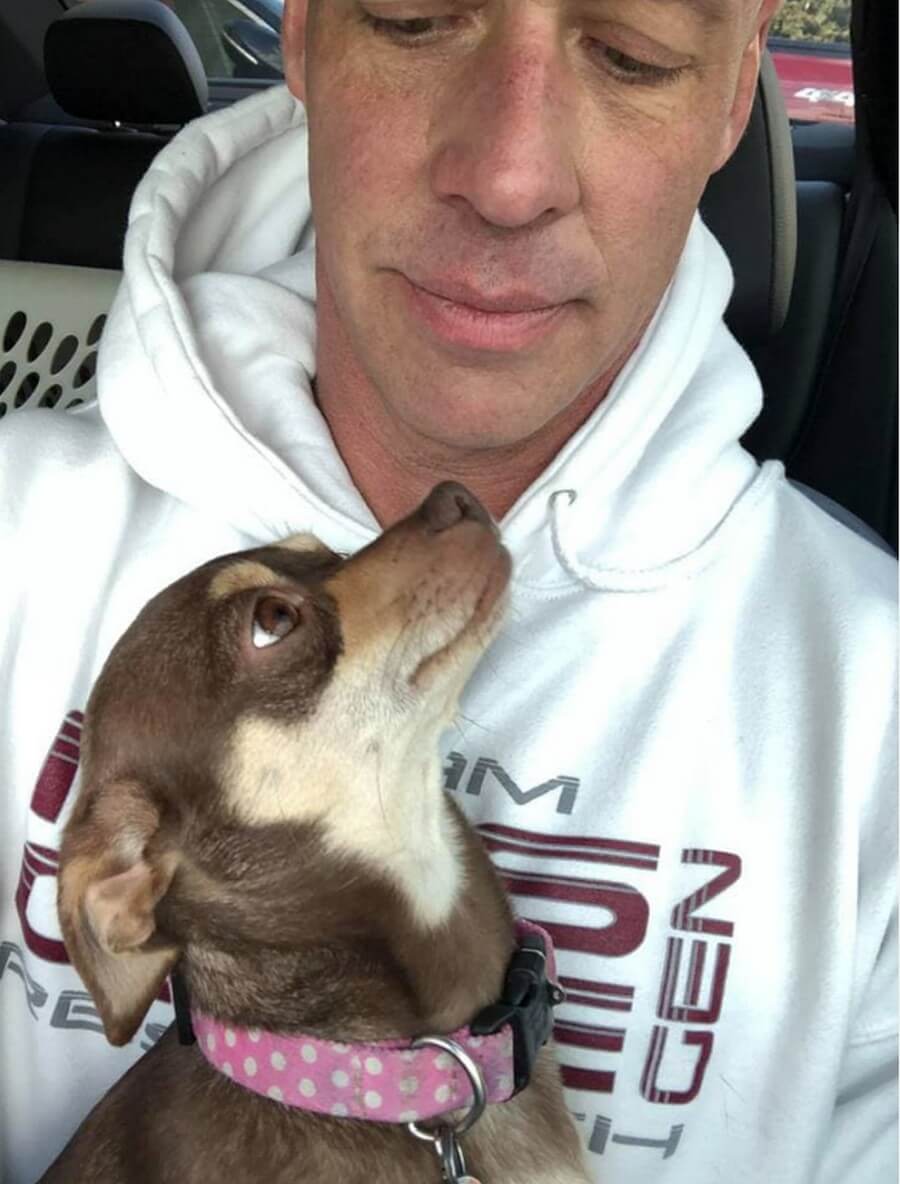 It turned out that a big soul lives in a small body. On the most difficult days, when the bodybuilder could not even get out of bed, the baby came to him, fingered, and cheered up. 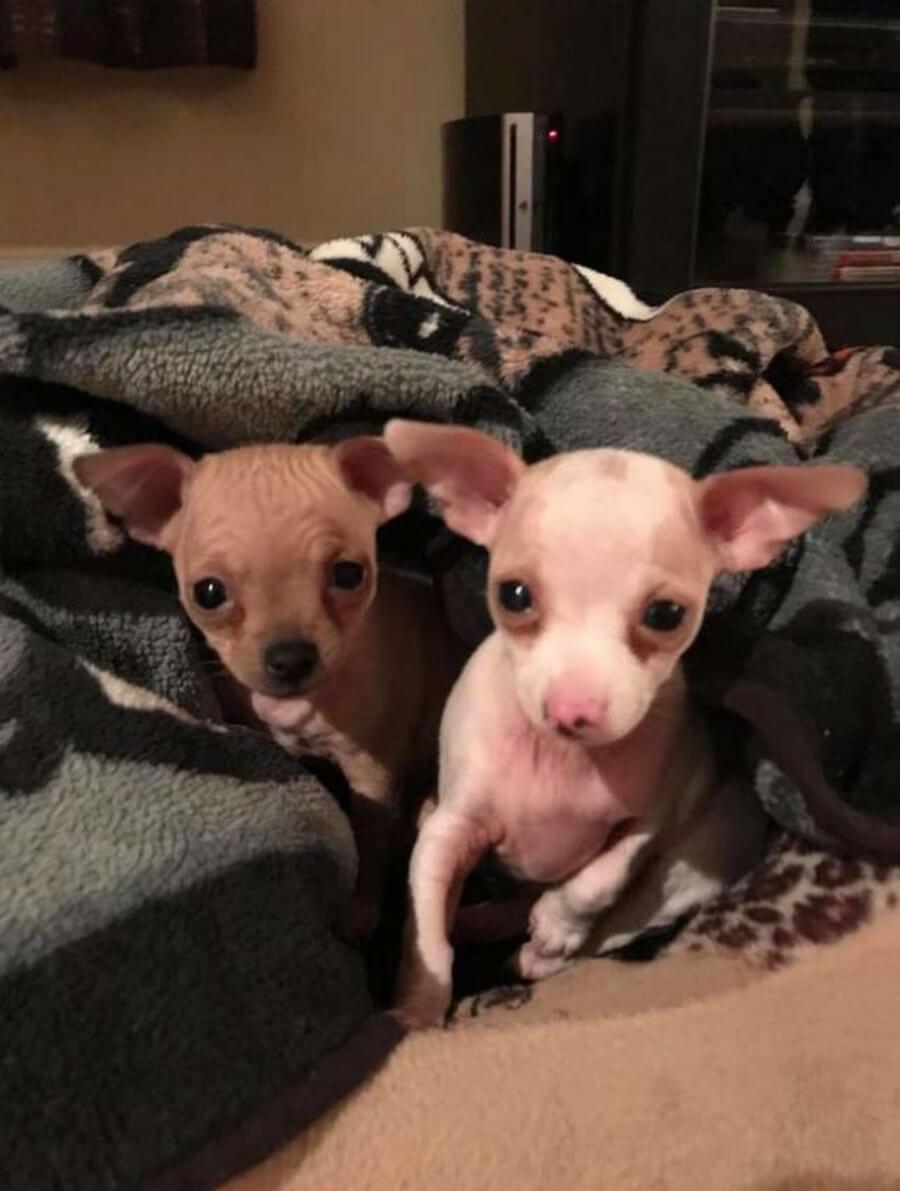 Realizing that the Lady will someday have to be returned to the owner, and he will no longer be able to remain alone, Bobby decided to have his own “Chihuahua”. It turned out to be a one-year-old Kira with food aggression. 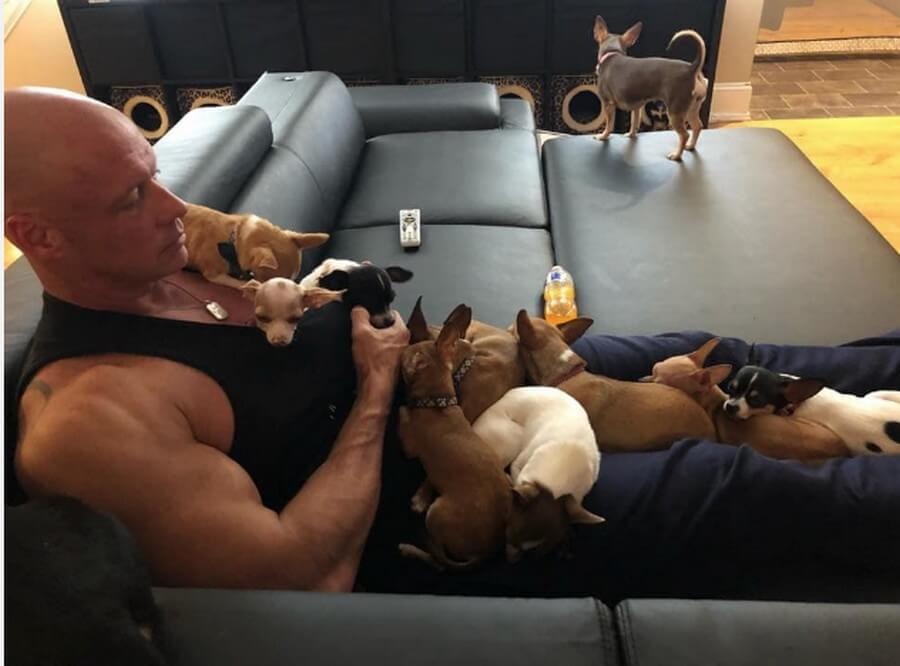 But the Chihuahua has an amazing feature: as soon as only one dog appears in the house, they begin to rapidly “grow”. This is exactly what happened to Bobby. Kira was followed by Harley and Quinn. Then Bella, who had claw problems. And every time the man was convinced that these little creatures also suffer, they also need love and support. 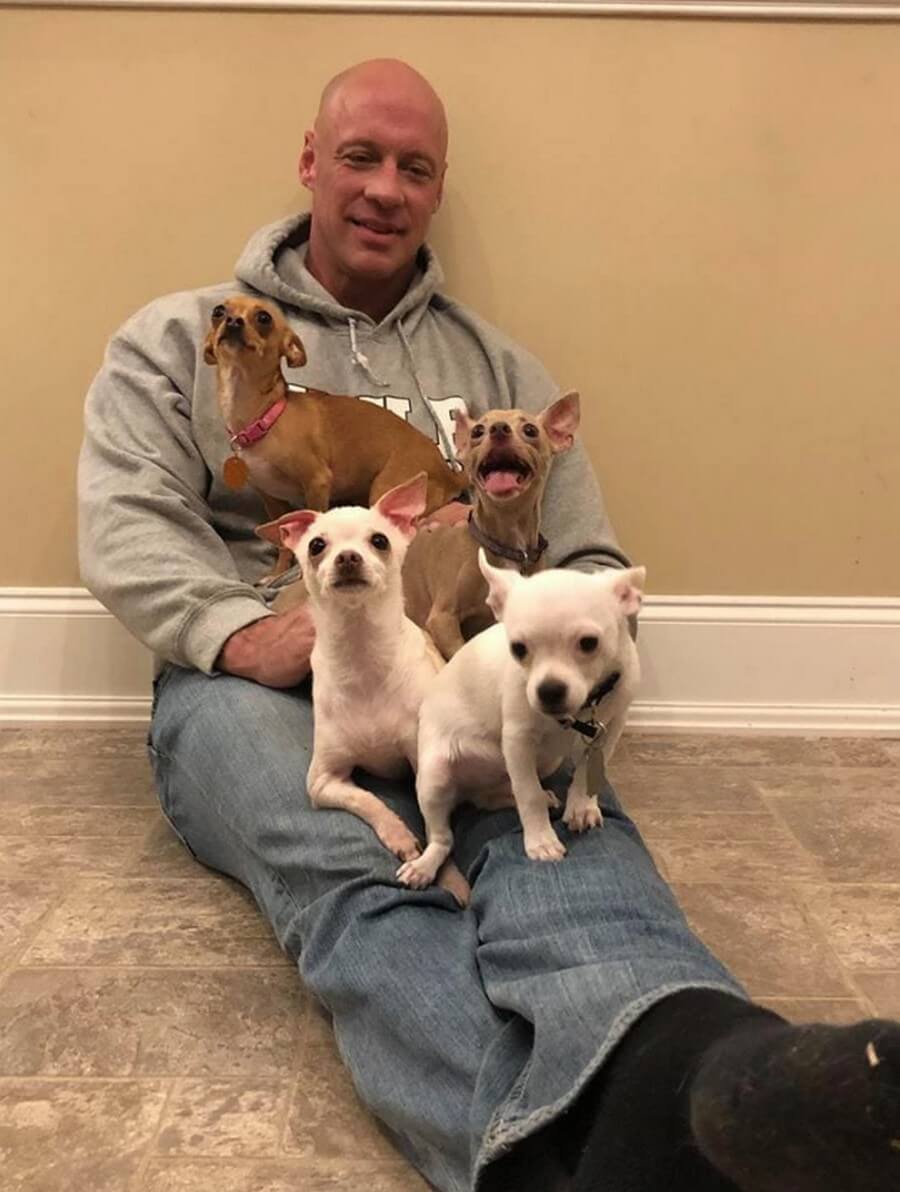 So the idea of creating a home shelter for Chihuahuas “Big Guy, Littles World Sanctuary” was born, caring for pets gave him a new meaning in life. 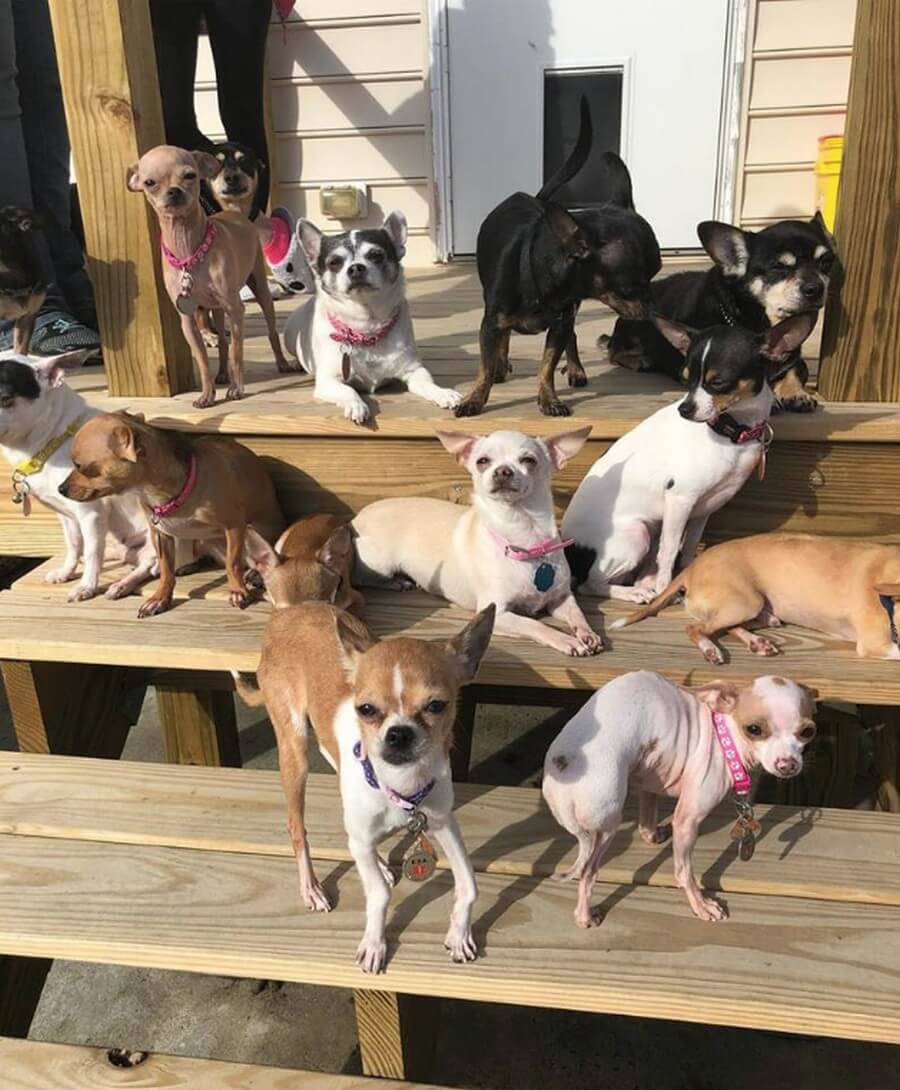 The shelter grew rapidly, over time, Constance settled with Bobby, who began to help with the pets, along with Lady. 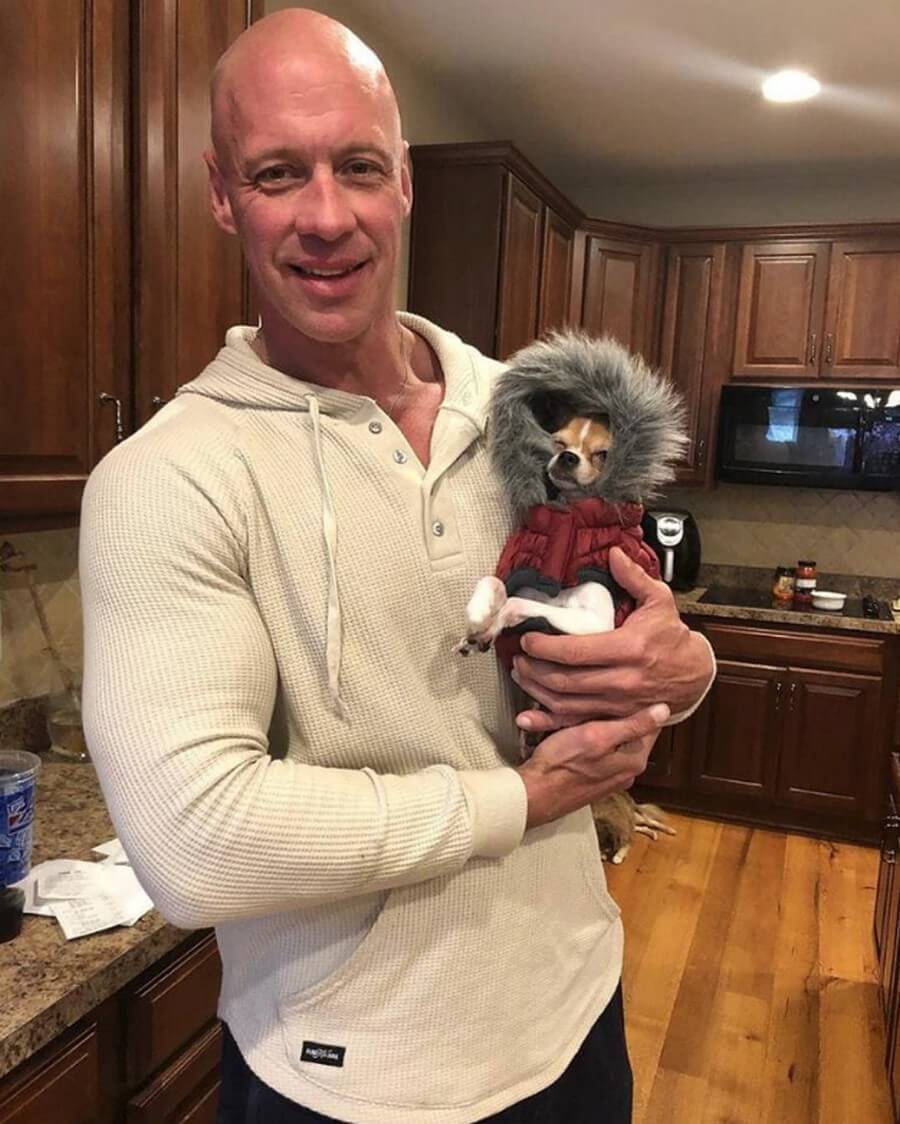 And now the big man, who categorically did not accept the small dogs, has 37 of them and, it seems, is not going to stop. 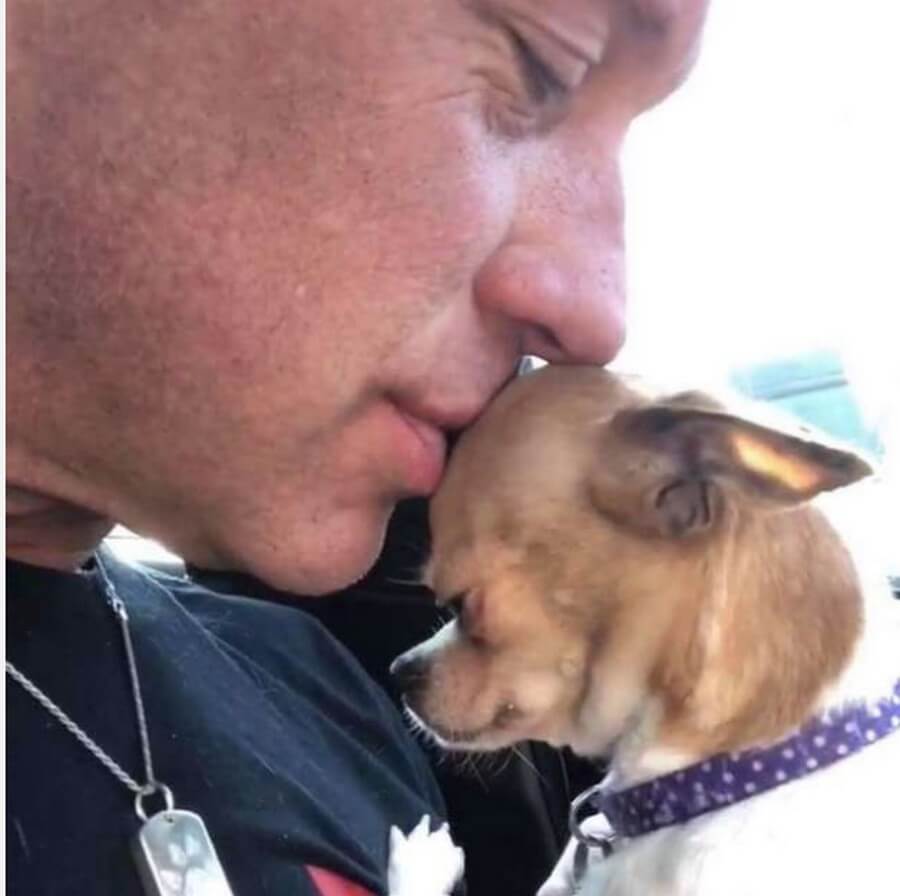 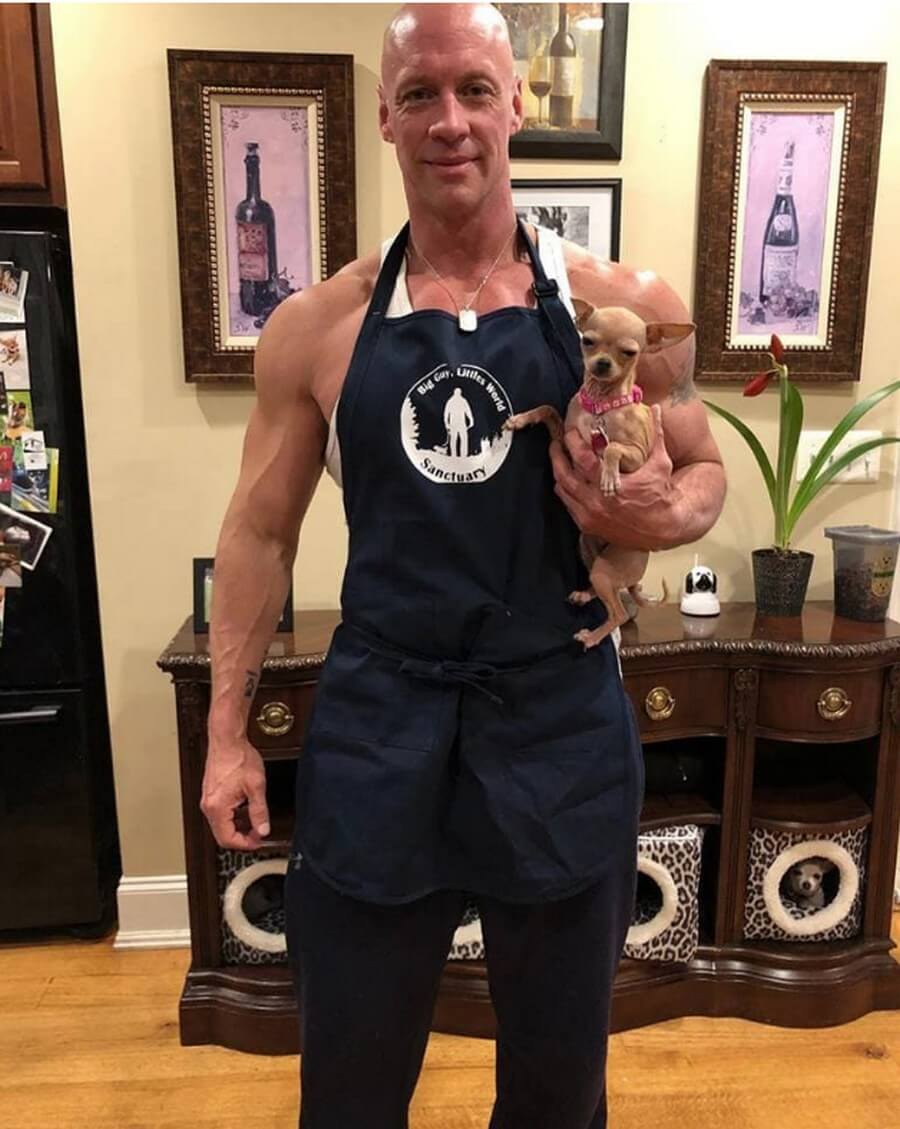 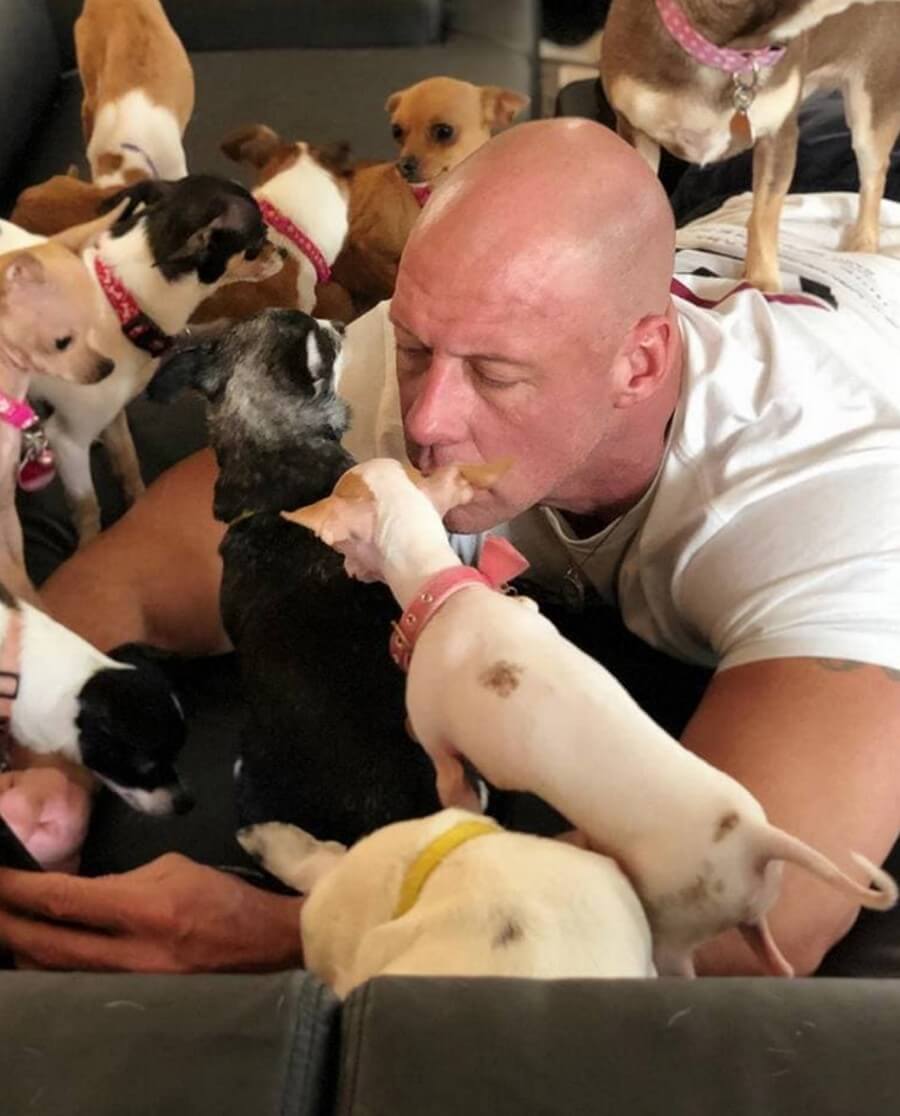 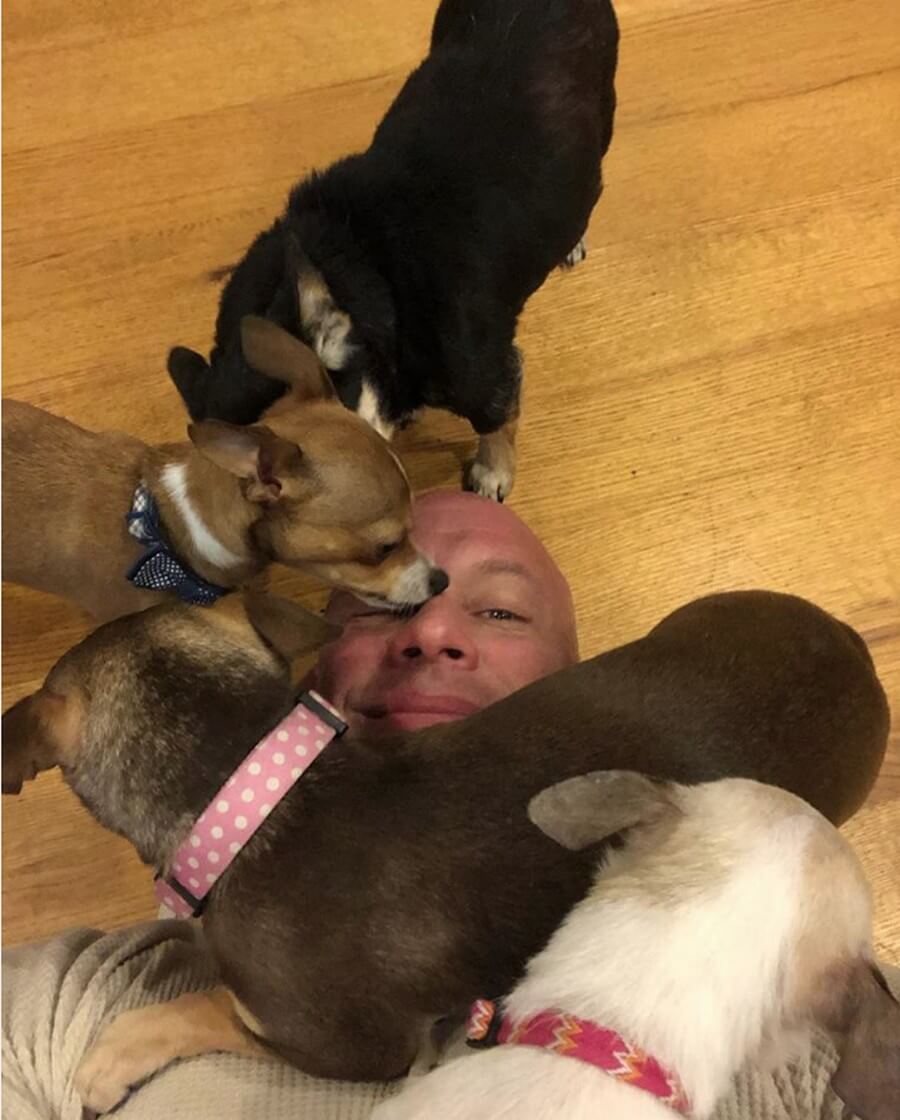 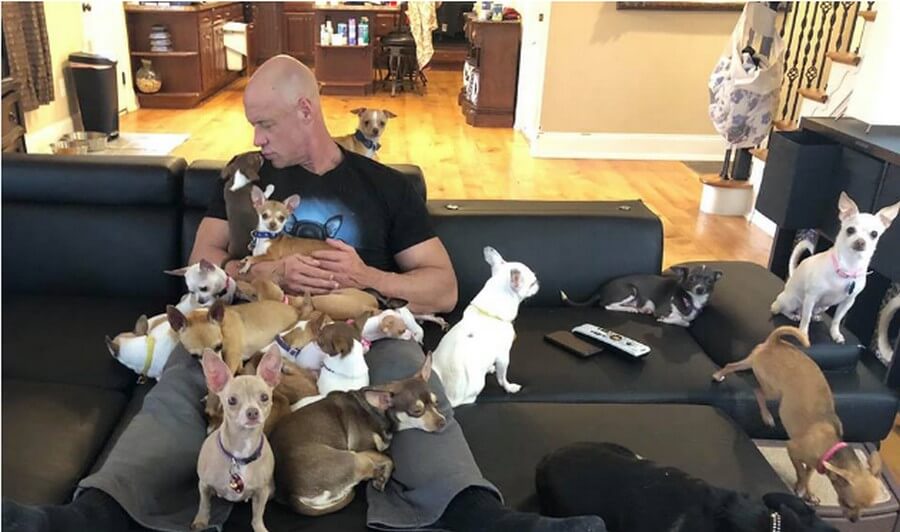