Understand “like dog and cat” – this statement does not usually imply an intimate friendship. This is not only due to the fact that animals are fundamentally skeptical of representatives of other species. Communication between the two most popular pets also has some pitfalls. We explain why this is so and what you can do to improve communication between cats and dogs.

Contents hide
1 Why There Are Misunderstandings Between Dogs and Cats
1.1 Tail wagging
1.2 Raise the front paw
1.3 Purr versus growl
2 This is How Dogs and Cats Get Along Better
2.1 Racial communication problem: hunting instinct
2.2 Learn a language from an early age
2.3 Dog & cat

Why There Are Misunderstandings Between Dogs and Cats 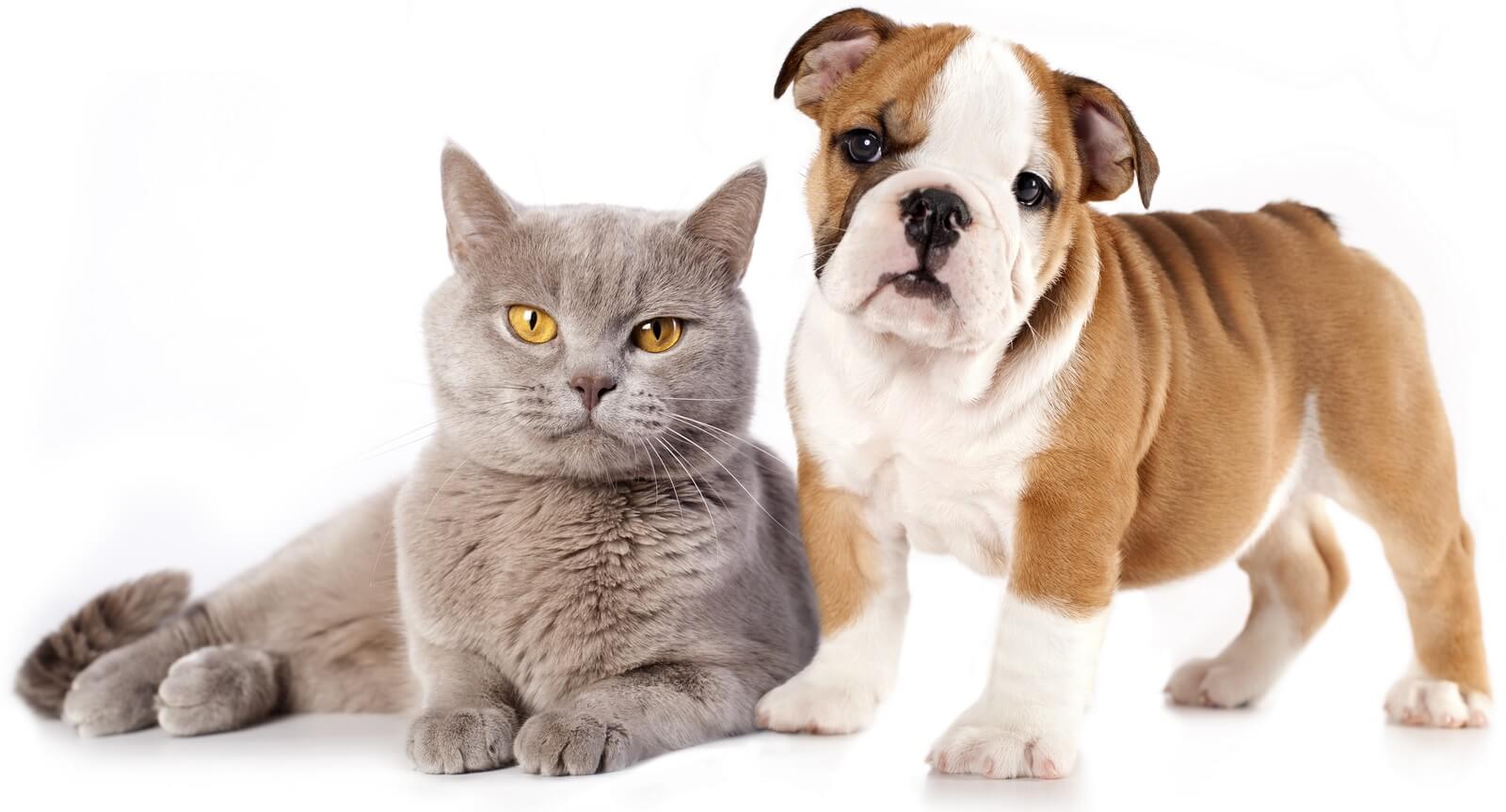 Barking and meowing – the differences between dog and cat language cannot be ignored. Apart from the fact that barking dogs are often a barking noise for the felines’ fine eavesdroppers, body language plays a very important role. This already includes that when dogs get to know each other, they prefer to dash forward to sniff each other. A no-go for cats because they take it slower. When velvet paws meet an unknown conspecific, it’s time to assess, they sneak around each other, and only much later do they sniff each other. Even before getting to know each other, there are some stumbling blocks to overcome if dog and cat are to live together peacefully. These are the main problems in communication:

When dogs wag their tails, they are either happy or full of positive expectations. So we can translate tail wagging with “yay, that’s great!” Or “come on, I’m looking forward to it!”. Cats, on the other hand, do not wag their tails but whip them back and forth when they are aggressive. Your “wagging” in front of a dog means “better not come too close to me, otherwise: attack!” If Wuffi and Kitty meet, misunderstandings can arise: If the dog happily wags its tail, the cat feels threatened. Conversely, dogs often understand the threatening posture of the velvet paws as an invitation to come closer.

The following misunderstanding occurs a little less often: Some dogs raise a front paw in direct contact with others in order to appease their counterpart. Cats that lift one front paw are far more aggressive. They also see the raised dog paw as a threat.

Cats can not only growl but also purr. Usually, the two can be clearly distinguished from one another. But for inexperienced dog ears, a comfortable purr can quickly become threatening.

This is How Dogs and Cats Get Along Better

Don’t worry: despite language barriers, dogs and cats can form dream teams. There are a number of things you can do to create a foundation for introducing cats and dogs to each other. We give tips!

First of all, it should be said: Not every breed of dog is suitable for living peacefully with cats. Dogs with a great hunting instinct are particularly problematic. If they meet cats, dangerous situations can arise before mutual understanding is even considered. Because when these four-legged friends smell potential prey, there is no stopping them. Such situations can arise when the dog approaches the cat curiously, but the cat feels taken by surprise and takes flight. In this way, she challenges the dog’s hunting instinct. “Instinct” means that some dogs can barely control the hunt. Breeds with a great hunting instinct include many terriers, pointing dogs, or typical hunting dogs such as the German Shorthaired Pointer. If you want to keep dogs and cats in a household, you should make sure to choose a dog breed with a low hunting instinct.

Learn a language from an early age

As with us humans, it is also in the animal world: if you learn two languages as a child, you will later be able to play both of them. Dogs that grow up with cats in a household have a greater understanding of the peculiarities of velvet paws from the outset. Dogs go through the socialization phase between the eighth and twelfth weeks. This is not only crucial for dealing with people, but also for future relationships with cats. If you want to socialize a dog with cats, it is best to contact breeders with cats in the same household. Of course, this also applies the other way round: Cats that grow up with dogs are less likely to flee when faced with a curious, tail-wagging dog.

If you want to help dogs and cats understand each other better in your own household, you should be patient. Cats are usually more cautious and many velvet paws are suspicious of the stormy nature of dogs. It is therefore crucial that the cat can withdraw at any time. Many raised seating options are helpful. If the dog is a danger to the cat, it should always be on a leash when it comes to encounters. A muzzle may also be necessary for safety. Dog and cats can only get involved in one another in a relaxed atmosphere in such a way that they learn to correctly interpret each other’s signals. You can have a supportive effect by radiating calm and serenity. Because whoever is excited transfers this to his own body language. The four-legged friends notice this quickly and react with greater tension. Under these conditions, misunderstandings are inevitable.