Barking is the language of your four-legged friend, which is why the sound rarely occurs without a valid reason. It is interesting that barking is rarely an aggressive expression. Find out why dogs bark here.

Why Do Dogs Bark? – Is It Just an Innate Behavior? 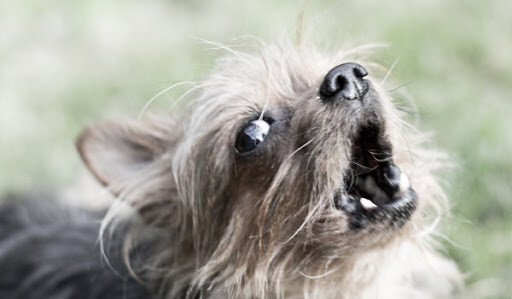 To communicate, people use the spoken word. Babies express themselves by screaming in the first few months of life. As a rule, children start speaking when they are 1.5 to 3 years old. It is similar to four-legged friends because they start to bark when they are puppies or young dogs. These typical animal noises are used by the dogs to communicate with each other. This is one reason dogs bark when they see other dogs. However, there are many other ways dogs can bark.

Barking is an innate behavior, similar to howling, that every dog exhibits to different degrees. Some races bark more often than others, but vocalizing is not only innate and race-dependent. Normally, the four-legged friend wants to communicate something in this way. As a result, the barking also depends on the environment, the situation, or the owner. If a dog barks out of insecurity, it means that he does not feel comfortable in the respective situation. Four-legged friends bark particularly often to warn the owner or simply to get attention.

If the dog meets fellow dogs, the barking has different meanings. It can be a warning or a call to play.

This behavior is in contrast to the wolf. As the closest relative of the dog, it seems reasonable to assume that they too bark. But that’s not entirely true. As a rule, the wolf only makes a short, quiet sound when danger is approaching. The question “Why can’t a wolf bark?” Can therefore not be answered unequivocally. He can, but he rarely does.

When a dog’s barking turns into extreme yapping, it is mostly related to upbringing. The four-legged friend was shaped by a certain behavior of the owner in such a way that he reacts with excessive vocalization. Professional help is often needed to break the habit of the animal.

Why Do Dogs Bark – Situations and Their Meanings?

Why do dogs bark on a leash?

Why do dogs bark at sirens?

Why do dogs bark at cars?

Why do dogs bark at their food?

Why do dogs bark at each other?

Why do dogs bark at strangers?

Why do dogs bark when they are alone?

Why do dogs bark at night?

Basically, the barking of at least the dogs is aggressive. That rarely happens. If it does happen, you should act on it. Usually barking is only aggressive when there is danger. The dog warns you or its fellow species or tries to chase the attacker away.

When is Barking a Disturbance of the Peace?

Which Breeds of Dogs Bark a Lot?

One reason dogs bark at other dogs may be their breed. Dogs that bark a lot include beagles, fox terriers, westies, and miniature schnauzers.

Oftentimes, if a very small dog is barking, it is the Yorkshire Terrier. The question of why do dogs bark when they see other dogs is quickly answered with this little guy. Because these small animals often make up for their size by paying a lot of attention to their fellow species. If you’re wondering why my dog isn’t barking, maybe it’s a breed that is fundamentally quieter. These include, for example, retrievers and bassets.

Why is My Dog Barking at Me?

The most common reason dogs bark at people is because of attention. He demands attention. In general, this dog barking sounds demanding and high. Another possibility is for him to ask you to play.

The answer to the question “What does it mean when dogs growl?” Is different. It doesn’t mean the dog is vicious. Often it is a defensive reaction because he is uncomfortable. Fear, insecurity, and pain are triggers. However, it can also be a mistake in the upbringing of the owner.

Get to Know and Control the Dog’s Barking Behavior

A barking dog becomes a problem when the neighborhood feels disturbed. People around you may not want to know the reason a dog barks. It is more important to them that the four-legged friend stop. For this reason, it is important that you get to know your pet’s barking behavior and be able to control it accordingly. The following tips are helpful: