Many a four-legged friend has distinctive features that make them even more unique than they already are. This includes, for example, an indisputably blue, purple, or black tongue. Not many dog breeds are endowed with this particular trait. Therefore, this post reveals which dogs are born with a blue tongue.

Dogs with Blue Tongues: Can That Be? 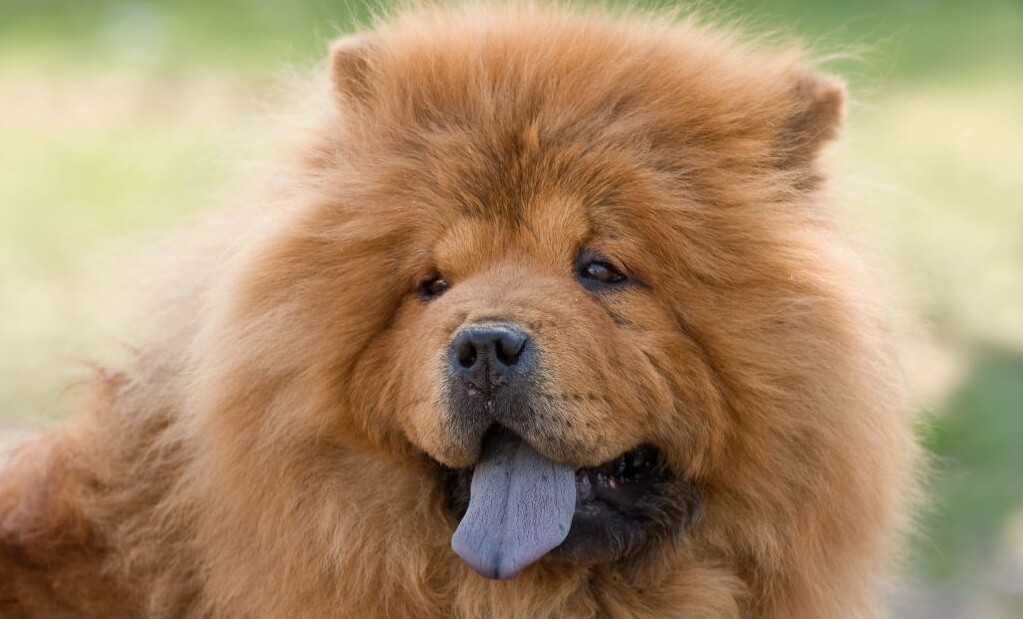 Actually, a discolored tongue is a reason for your darling to go to the vet. If the dog is born as a puppy with a blue tongue, the situation is slightly different. In the meantime, this particular tongue color has been established as the breed standard in Chow Chow, Eurasier, and Shar-Pei. There is no need to worry here because the animal is healthy.

The discolored and not pink tongue is a phenomenon that only occurs in very few breeds, but is within the realm of possibilities.

There are several reasons why dogs can have blue tongues. Experts believe that it is a genetic change. That would explain why few breeds do not have a pink tongue. Theories revolve around increased melanin production, for example. It is well known that melanin is responsible for the coloring of the skin. This could explain the blue tongues found in dog breeds.

However, this is only an unsecured assumption, and that means it could just as easily be the other way around. Too little tyrosine leads to an underproduction of melanin, which leads to skin discoloration. Furthermore, experts suspect problems with blood circulation or with the regulation of body temperature.

The Legends of the Chow Chow’s Blue Tongue

With chow chows, however, there are other ideas. Since it has a long tradition as one of the primordial dog breeds, originally from Asia and already existed in the times of the Han dynasty, legends have grown up about its blue tongue. Allegedly, the Chow Chow is said to have licked pieces of the blue sky from the earth. These fell down when the world was created and when the stars were fixed in the sky.

Another legend that surrounds the Chow Chow tells of him as a dragon dog who loved the day. So one night he decided to lick the sky so that the darkness would stay away forever. The gods allegedly punished him with a dark tongue to remind him of his act.

The Chow Chow, also known as the fluffed lion dog, is not only the most famous of the dog breed with a blue tongue. As a Chinese dog with a blue tongue, he is also one of the oldest breeds in the whole world. First representations of its shape go back to the Chinese Han dynasty.

It is interesting that the “blue gene” is so pronounced that the tongues can also be purple or black.

The cost of a Chow Chow puppy can be up to 1,000 euros. The chow is a calm dog, but he is also headstrong. He needs a lot of exercises and has a strong desire for freedom. It has a thick undercoat and the tail is carried on the back. Both a black chow and a brown fur nose are not suitable beginner dogs.

The Eurasier is also one of the dog breeds with a blue-colored tongue. However, it is often piebald, a mix of blue and pink. The four-legged friend originally comes from Germany.

He was bred by Julius Wipfel in the 1960s from the races Wolfspitz, Chow-Chow, and Samoyed. The Eurasier is very calm and adaptable. His willingness to learn and his intelligent nature makes him an ideal family dog.

The Shar-Pei has two special characteristics. For one thing, he’s also a dog with a blue tongue. On the other hand, it has an incredible number of wrinkles, which are actually its most characteristic distinguishing mark and make its fur so special.

In the past, the prices for a Shar-Pei were very high so that the breed disappeared due to a temporary breeding ban. This led to the Shar-Pei being included in the Book of World Records as the rarest dog breed in the world in the 1970s. This is no longer the case and the breed is being bred again.

The Shar-Pei loves to relax but always watches over his family. His stubbornness does not classify him as a novice dog. An experienced owner gets along well with him.

If it’s a black dog with a blue tongue, the wrinkled Shar-Pei might be just right. Its wrinkles are really emphasized by the dark color.

On the other hand, if you want a white dog with a blue tongue, you can rely on the Eurasier.