With dog dancing, you give your dog variety in training and in everyday life and strengthen the relationship with your four-legged friend. Learn all about dog sports.

Contents hide
1 What is Dog (Doggy) Dancing?
2 Is Dog Dancing a Dog Sport?
3 Which Breeds of Dogs Can Dogdancing Learn?
3.1 Can a puppy do dog dancing?
4 Clear Communication and Trust
4.1 Clicker in dog dancing
4.2 Patience yes, punishments no
5 Exercises for Dog Dance
5.1 Practice circles
5.2 Slalom through your legs
5.3 Leap
5.4 Waving
6 What is the Difference Between Heelwork and Freestyle?
7 Tournaments and Dog Schools

What is Dog (Doggy) Dancing? 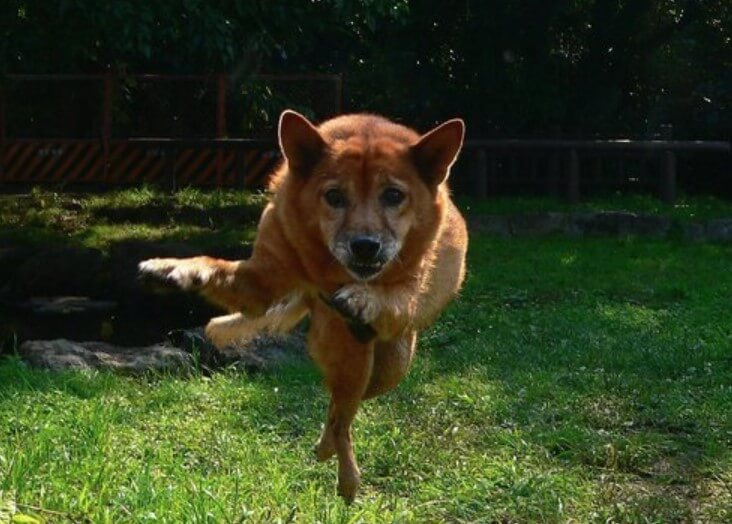 Dog dance strengthens the bond between humans and dogs. Dog sports should primarily be fun, punishments are taboo. Dancing is suitable for almost all dogs.

Dog dancing does not mean taking the dog by the front paws and dancing the tango or cha-cha-cha. Rather, dog trainers use the natural behavior of the dog, underlay them with suitable music and integrate them into a varied choreography.

Is Dog Dancing a Dog Sport?

Similar to agility and flyball, dog dance is one of the dog sports. Exercises can include simple running forwards, backward, turns, jumps, or slalom running. The partnership between dogs and humans is very important for dog dancing. The performance should be harmonious, without big words or gestures. Communication should be as invisible as possible during the presentation.

Which Breeds of Dogs Can Dogdancing Learn?

There are no limits for the human-dog team to work out a choreography. It can be tailored to suit the dog. Dog dancing is suitable for almost all dogs. They can be young or old, small or large.

The cooperation between humans and dogs is crucial in dog dancing. Dogs with physical limitations can also do dogdancing. The exercises should be tailored to the dog and its physical capabilities.

Can a puppy do dog dancing?

Be careful with puppies: their muscles and ligaments are not yet fully developed. Particular caution is also advised in dogs with severe joint problems. In this case, it is better to ask the vet first whether the dog can do dog dancing. To start dog dancing, the dog should know the basic commands. This definitely includes seat, space, here and stay.

Basically, humans and dogs should have a good relationship. If the dog does not trust its human, it will refuse to run the slalom through the human’s legs.

As with any dog sport or when dealing with the dog, he needs to know what to do. You can support him with a show of hands at the commands.

The clicker is also practical. If the dog is able to click, it will make your work easier. By clicking you can confirm directly to him if he is doing something right. When the dog is shown what to do with your hand, hold a treat in your hand. Then the confirmation can also take place immediately. When working with the clicker, it is important to keep changing hands with clickers and treats.

Very important and the top priority in dog dancing is patience. If an exercise does not work as the person imagines it, it is almost never due to the dog’s lack of talent. Rather, it is the imprecise instruction or working method of the person. People should punish themselves or scold themselves. Both are absolutely taboo towards dogs in dog sports – this does not only apply to dog dancing.

A few simple, few tricks can result in dance sequences.

The circle is a good first step. Here the dog learns to walk around his human and to sit down in front of him. The first basic step, which can be easily combined with other elements, is completed with the “chairmanship”.

Slalom through your legs

The “through” means to the dog, while the person is walking, to run in the slalom through the legs of the person. You can lure your fur nose “through” with a treat the first time. If the signal works without a treat, the next step is added, here you tempt again with a treat. The next step should not follow until the previous one is in place. If the two steps work without curls, the third follows and so it goes on step by step.

Dogs that like to jump can quickly learn to “jump” after they have “gone through”. To do this, they should jump over the outstretched leg of their human while walking. This exercise is best done against a wall because most dogs will run past their outstretched leg when they can. When practicing, place one foot very low against the wall. A hurdle is formed from the wall, leg and body, under which the dog cannot slip. If the dog knows what to do, the leg can move a little higher. Then increase the distance to the wall centimeter by centimeter until the dog hops over the outstretched leg in the free space.

A conclusion could be “waving”. If the dog can give a paw, the waving can be developed from it. Ask your four-legged friend to offer their paws, but do not take hold of them. The dog receives a reward and the new command “wave”. Another conclusion would be “parking”. The dog walks around the person and remains seated between the legs of the trainer. From there he can also “wave”.

What is the Difference Between Heelwork and Freestyle?

Dogdance is divided into two official classes. One is heelwork, the other freestyle. There are different versions and ratings for both.

In heelwork, the dog trainers and their four-legged friends show prescribed elements. This includes certain jumps and figures. In freestyle, the human-dog team is free to choose what it presents. Here the main focus is on the dance expressiveness of the team.

There are now many dog dancing tournaments, but there are no officially recognized rules. If you want to do dog dancing with your dog and don’t know how to start, you should look for a dog school that offers the sport. The sport can be practiced on the go taking a walk and with great ambitions, it can even take you to tournament sport.