According to most researchers, the birthplace of all spaniels is Spain (and the name of the breed originally sounded like “Espanyol” – in translation “Spanish”), and already from Spain, spaniels came to other countries. And if you delve even deeper into history, you can find the roots of these wonderful four-legged creatures in Ancient Greece: in the 4th century BC. on the coins of Philip II of Macedon (father of Alexander the Great), you can see the image of a dog, similar to a spaniel, with long hanging ears. In any case, the emergence of the modern English spaniel with all its positive qualities is entirely the merit of the British. In the 14th century, these charming long-eared dogs came to England and for a long time were excellent companions for falconry there – they scared away a bird hiding in the thickets and it fell directly into the hunter’s net (in those days, firearms had not yet been invented). Smaller spaniels began to be widely used as decorative dogs of court ladies. This dog is so charming and cute that the English king Henry VII, known for his harsh disposition, forbade keeping dogs at the court – all, with the exception of ladies’ favorites – small funny spaniels. 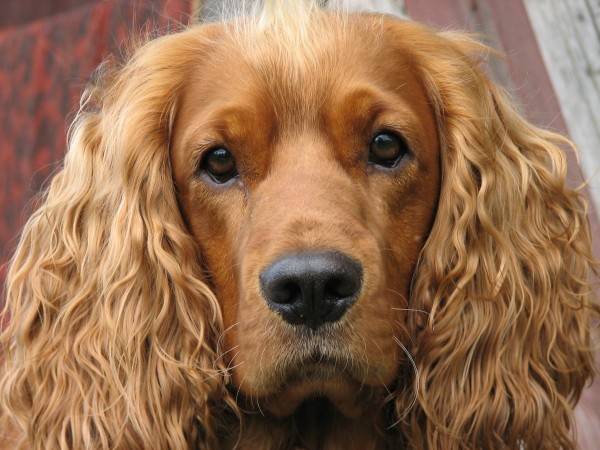 At the end of the 19th century, English spaniels were officially divided into two categories depending on weight: this is how the Cocker and Springer Spaniels arose, and the English Cocker Spaniel became the smallest hunting spaniel. His “specialization” was the frightening of woodcocks (this is a small bird from the snipe family). In English, woodcock sounds like “woodcock” – part of this word and gave the English spaniel the prefix “cocker”. In 1893, the English Cocker Spaniel was recognized by the British Kennel Club as an independent breed, and in 1902 its official standard was approved, which has now lost its force since over time, most English Cocker Spaniel migrated from the countryside to city apartments and they began to get divorced. like show dogs. The English Cocker Spaniel is a compact dog with a beautiful profile, the expression of his dark eyes is always good-natured and lively. He has cute hanging ears (do not forget to keep an eye on them and keep them clean) and a funny tail, which is constantly in motion due to an excess of joyful emotions. The height at the withers in English cockers is from 38 to 41 cm, weight is from 12 to 16 kg. This dog has a wonderfully soft and silky coat (elongated on the ears, abdomen, and limbs), which, of course, needs appropriate care. By the way, this is a very pleasant procedure for him: the English Cocker is crazy about the pleasure of being scratched or cleaned. The color of these cuties is solid black, red, chocolate, as well as tan, spotted or speckled. The passion for hunting is inherent in this creature’s blood, and the gambling English cocker will be able to hunt both small game and birds. In addition, he is an excellent swimmer and diver and can easily get his prey out of the water. And his keen sense of smell and very good eyesight make him not only an excellent hunter, but also a valuable employee in customs, police, and rescue services. In a cozy home environment, this dog looks very harmonious. 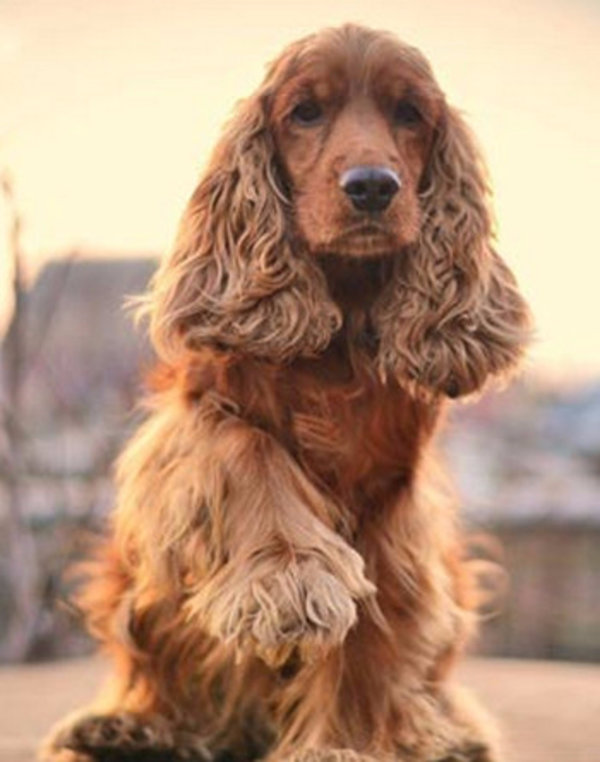 The English Cocker Spaniel is an affectionate, playful and carefree dog, he will frolic with children with joy and a real dog’s delight. This quickie can be in motion tirelessly: run, jump, play, bring slippers, look for hidden objects and do a lot of other interesting things. He is very smart and loves to follow the commands of the owner, but he does it not with dog obedience, but rather in a friendly way. But this is a very cunning creature and you yourself may not notice it, how you will already fulfill all his desires.