In the British county of Essex, an amazing relationship develops at Harlow Farm. There, horses are released daily on the pasture near the forest. And regularly a young lonely deer comes to them. 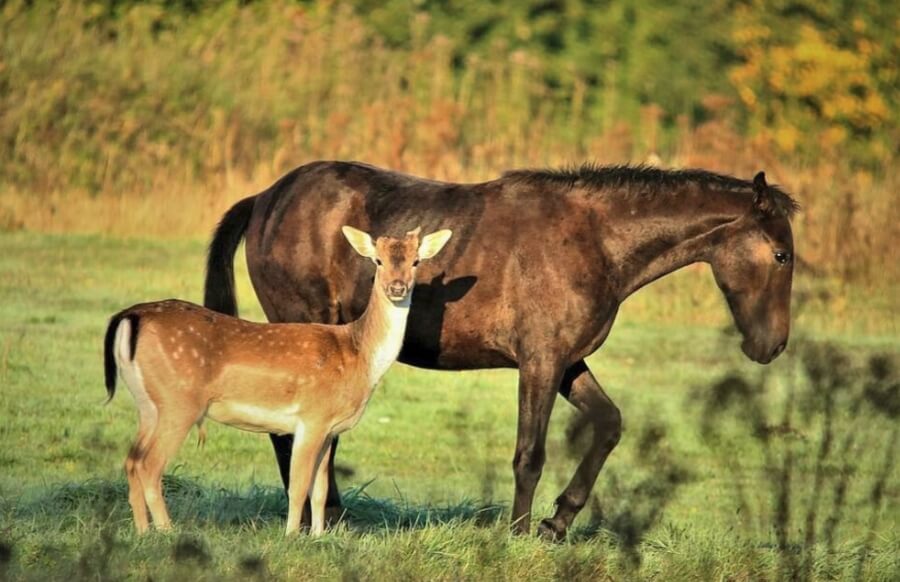 This young and wild male has been seen for quite some time. He comes alone, without a mother, although he still looks very young. Where his family went is not known. 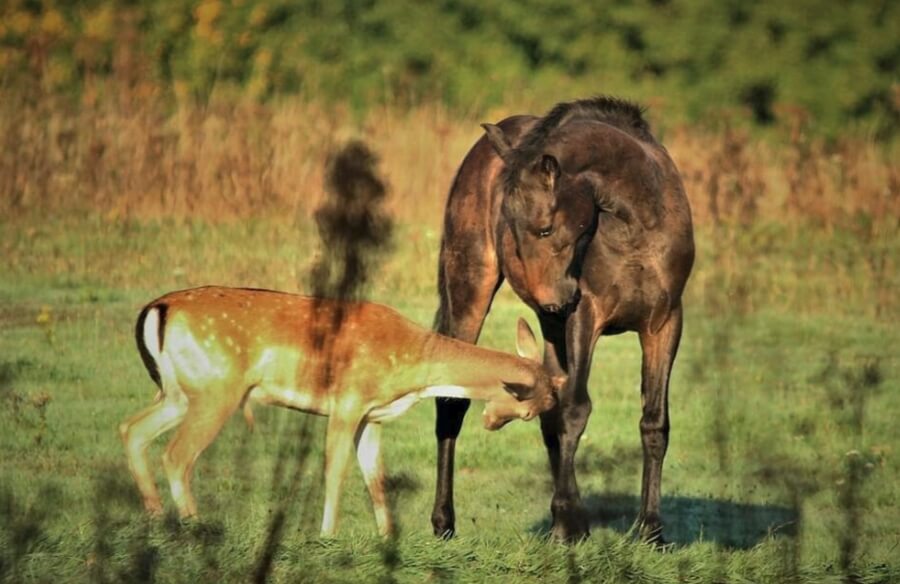 But now it looks like the fawn family has been replaced by horses. In the herd, one mare has a foal of about the same age and it is with them that the baby communicates most. They frolic with the foal, and the mare looks after and cleanses wild male like her child. 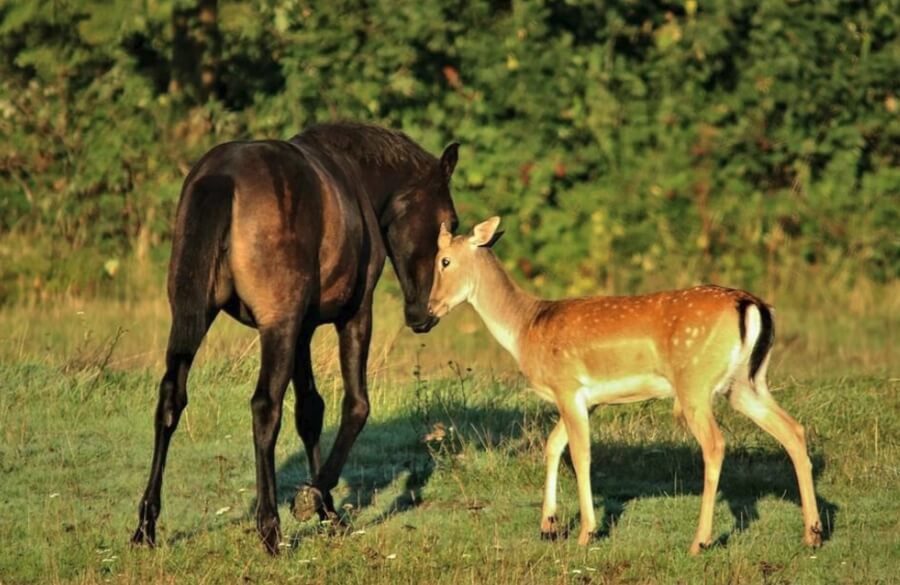 Another mare also shows signs of attention to the fawn. People saw a man with a dog walking past the pasture. The fawn was frightened by the dog’s barking and rushed to the horse, which covered him with her body from danger. 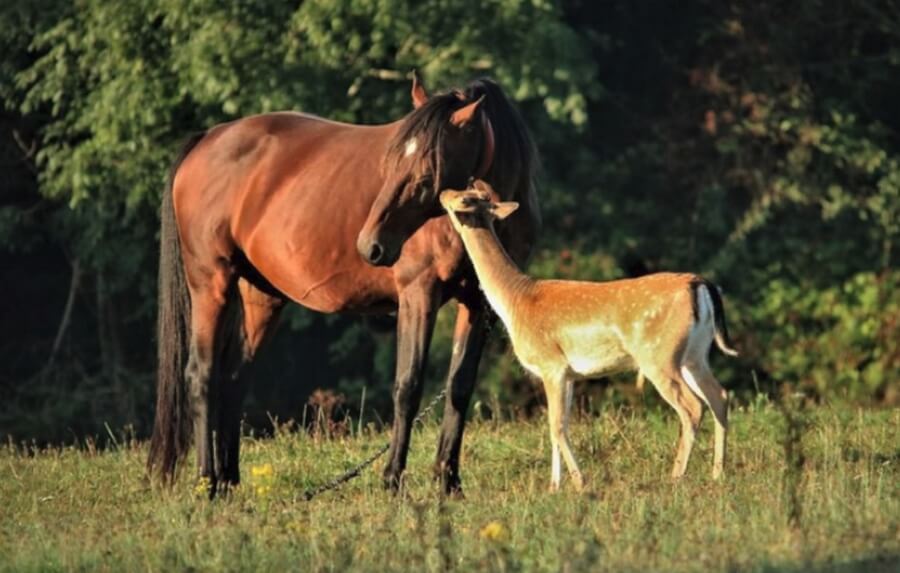