For a long time, researchers assumed that only humans show jealous behavior. But new studies come to a different conclusion: They show that four-legged friends also tend to react jealously. These can be recognized by the body language of the fur noses.

Contents hide
1 Dog Jealousy – Does It Exist?
2 Scientifically Proven: Dogs are Jealous
3 How is Jealousy Expressed in Dogs?
4 When are Dogs Jealous?
5 Dogs Jealous of Each Other
6 Jealousy in Dogs Towards Humans
7 The Dog is Jealous of the Baby or Children
8 Weaning Off Jealousy in Dogs
8.1 Clear rules:
8.2 Damage limitation:
8.3 Workload:
8.4 Time only for the dog:
8.5 Help from professionals:

Dog Jealousy – Does It Exist? 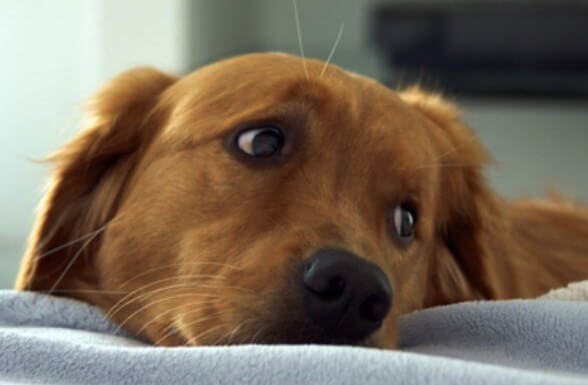 A journey to the depths of the dog’s soul: the longer we live with our four-legged friends and cooperate with them, the more we learn from each other. Dogs feel happiness, love, sadness, and pain – so far, so good.

For a long time, jealousy, on the other hand, was only assigned to humans. A study from the USA sheds light on the dark. Scientists investigated the question: Do the fuses blow in your four-legged friend when someone else gets more attention?

A scientific discussion on this topic is essential. Christine Harris and Caroline Prouvost from the University of California (San Diego) published a study in 2014, which can be read in the journal PLOS One.

In familiar surroundings, the study was carried out as follows: They observed the behavior of 36 dogs, while their owners paid full attention to a stuffed dog. The stuffed dog was equipped with a few extras. The plush faux fur nose could bark, whimper and wag its tail. The object acted as a dummy, which dogs perceived as conspecific.

In this case, 78% of the four-legged friends showed clear behaviors that suggest jealousy (more on this in the next paragraph). Interesting: If an owner dedicated himself to a lantern from a hollowed-out pumpkin, only 44% of the dogs gave jealous reactions. A children’s book with melodic sounds, to which the dog owners said loving words, only bothered 22% of the dogs.

How is Jealousy Expressed in Dogs?

A jealous dog’s body language is clear. As soon as the master turns to another person or animal, the dog is possessive. A jealous dog pees or interferes in protest. He nudges the owner several times, licks, or jumps up to draw attention to himself.

In extreme cases, the dog is so jealous that it snaps or growls at its supposed rival. With these seemingly aggressive behaviors, the dog signals that he feels neglected. Some dogs start to bark.

When are Dogs Jealous?

A dog will be jealous in various situations. Then he makes it unmistakably clear with the body language that he belongs to his owners – and no one else.

Dogs Jealous of Each Other

Sometimes the four-legged friend becomes jealous as soon as another dog joins the family. In this constellation, it is primarily about the ranking of the animals. If this is clearly fought out, there will be no disputes. But if the dog owner questions this, a dog can become jealous.

So it is an important step here to respect the natural hierarchy of animals. Of course, the second animal should not be neglected. Most of the time, jealousies are about little things anyway. The jealous four-legged friends find each other better with long walks together, sports programs, or a dog trainer.

Jealousy in Dogs Towards Humans

The fur nose sometimes reacts jealously even to other people. For example, a dog may be jealous of a couple kissing. At that moment he feels left out by his master, feels ignored, and left alone. At this moment, the four-legged friend sees its “position” within the family at risk.

But the jealousy shown is mostly only a superficial signal. In reality, the fur nose has massive fears of loss, which it tries to cover up with obvious body language.

The Dog is Jealous of the Baby or Children

A complicated case arises as soon as the four-legged friend is jealous of the offspring. There is no magic bullet here because a newborn baby needs a lot of attention. The most important rule is never to leave the possibly jealous dog alone with the baby.

Weaning Off Jealousy in Dogs

Ideally, dog owners steer against jealous behavior in advance. Because the initially cute jostling and licking can get out of hand. Therefore, dog owners should by no means encourage the dog to do so by allowing it or even rewarding the dog with their attention.

What is allowed and what is going too far? Dogs have to learn from their humans where their limits are right from the start. Consistent upbringing is required. Jumping must not be allowed occasionally and prohibited again at other times.

For safety reasons alone, it is essential to avoid tricky situations. A baby should never be left unattended with a dog. And the first meeting of the new pet takes place on neutral ground and not in your own four walls.

If dog owners fully respond to the needs of their furry friends, they are more relaxed and satisfied. In addition, dog sports such as agility or bikejöring strengthen the bond and thus take away the uncertainty of the four-legged friend.

Time only for the dog:

A new partner or offspring: These two events are undoubtedly wonderful life changes. But the dog shouldn’t be neglected. Did you always have a ritual with your dog before? For example, a puzzle game after the walk or an extended cuddle early in the morning? At best, they keep these rituals even after a changed life situation.

If there is no improvement in the dog’s behavior, an experienced dog trainer can be called in. A neutral look at the situation helps clear up misunderstandings. In addition, individual training tips can help you to improve and relax.