This disease is a constant issue for many dog owners. No wonder, because hip dysplasia in dogs is very common. There are different forms, which is why various therapy and treatment options are also possible. This article explains the clinical picture, symptoms, treatments, and causes.

Definition: What is Hip Dysplasia? 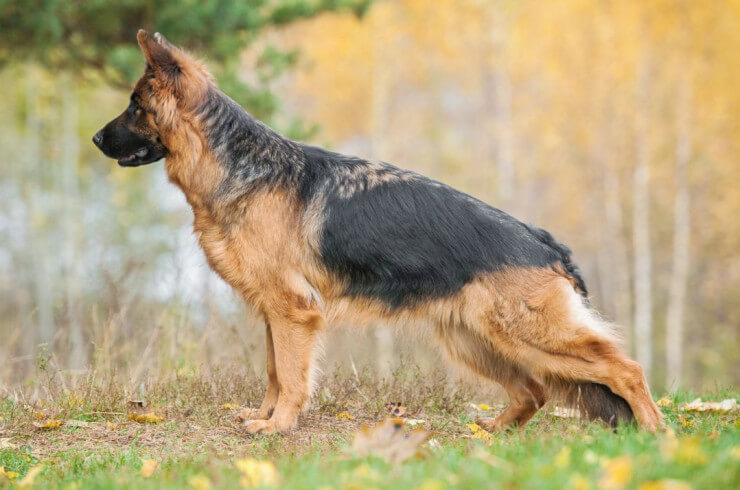 Hip dysplasia is also known as hip dysplasia or HD for short. It is a malformation, malposition, or malformation of the hip joint. Mostly this malformation is congenital. It causes the head of the femur and the acetabulum do not to fit together properly. Often in dogs, hip dysplasia develops on both sides, although one side is always more pronounced. Every movement causes the animal sometimes severe pain. The condition worsens with improper diet or improper exercise.

The disease is incurable and largely hereditary.

The classification of hip dysplasia in dogs

There are different degrees of severity of HD, which are presented below. If you ask yourself in this context, for example, “What does HD free mean for dogs?”, You will get an answer here. The HD grades:

The symptoms and signs of HD depend largely on the severity. Basically, however, these are often the following features:

Causes: where does HD come from in dogs?

Canine hip dysplasia is an inherited disease. Whether or not HD develops is anchored in the animal’s genome. Heredity is very complex here so that not every carrier of this genetic material automatically becomes ill. Basically, any race can be affected. However, large and medium-sized dogs are often affected. The first diagnosis was made in a German Shepherd, which is why this breed is often associated with HD. However, hip dysplasia can also be triggered by other factors. These include, for example, an incorrect diet, excessive and improper stress as a puppy or in a young dog, and the age of a dog. Then the HD is a sign of wear and tear on the joint.

This is how hip dysplasia can be detected in dogs

Often the first symptoms can be recognized at a young age. A dog’s gait, for example, gives the vet an early indication of a possible HD. If the puppy is hopping like a rabbit and pushing off with both hind legs, that is already an HD identifier. However, the veterinarian only makes an exact diagnosis after a few tests (Ortolani test). The hip joint is not only stressed but also stretched and moved. There is another test, but it only takes place under anesthesia. The joint dislocates, which would cause the animal tremendous pain when awake.

If you want to be absolutely sure, have your dog X-rayed if you suspect hip dysplasia. The four-legged friend is also anesthetized with this procedure. Because when taking pictures, the joint is overstretched, which is very painful for the fur nose. In addition, it is easier to classify according to the severity level. The cost of x-raying hip dysplasia in dogs varies from $150 to $230, depending on the practice.

Which Therapy is Best for Hip Dysplasia in Dogs?

Anyone wondering what helps with HD in dogs must first know that the disease cannot be cured. It is important that the treatment is started relatively quickly. This is the only way to contain pain, inflammation, and changes. Pain-relieving drugs are one way of improving the quality of life of the dog in hip dysplasia. A good solution can be found here in consultation with the veterinarian. When the dog’s hip dysplasia has progressed, all that remains is surgery. Surgical intervention can be done in different ways. In the meantime, veterinary medicine has even reached the point where artificial hip joints are possible for four-legged friends. It is no secret that the cost of an operation for hip dysplasia in dogs is not exactly low.

Tip: In order to cover the costs of hip dysplasia in dogs, we recommend that you take out appropriate insurance for your four-legged friend.

If the diagnosis is (severe) HD, master and mistress are initially shocked. No wonder, because the little darling suffers and is in pain. But hip dysplasia in dogs does not necessarily mean being euthanized. Because in addition to the therapy and treatment options mentioned above, you could also try the following tips: