Hearing, smelling, tasting, touching, and seeing – are the five senses of humans and animals. The so-called Horner syndrome affects one of these senses in four-legged friends. It is about eyesight, as a certain optic nerve becomes diseased. Find out here how Horner’s syndrome manifests itself in dogs and how it can be treated.

Horner Syndrome in Dogs: What is It? 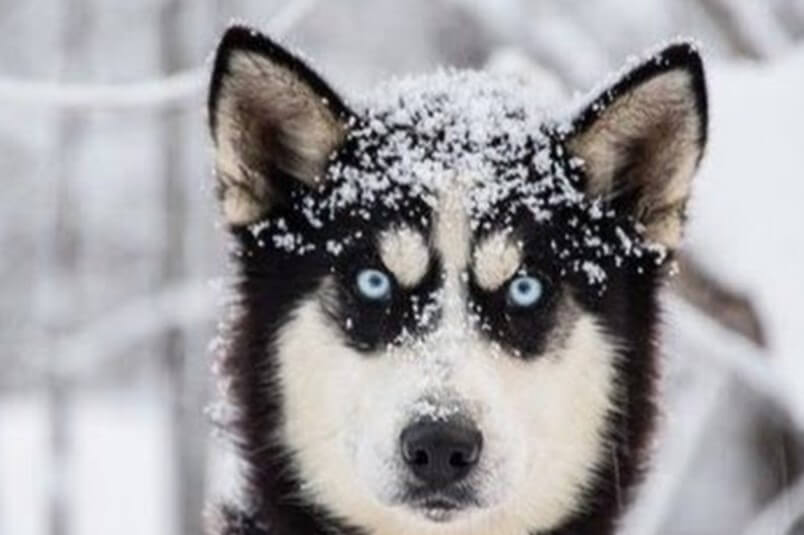 Horner’s syndrome in dogs is a disease of the so-called sympathetic nerve. For example, he not only takes care of the eye muscles but also the muscles of the pupils. This enables the eye to create both tension and movement in the upper and lower eyelids. If this nerve becomes diseased, these functions fail. This means that the eye is without muscle activity. Horner’s syndrome in dogs can be bilateral or unilateral. If the dog suffers from it only on one side, it is usually doing well despite the usual symptoms. If both eyes are affected, it is severely restricted.

Horner’s syndrome is generally caused by another illness, an accident, or something similar.

This means that it always occurs in combination and not without a reason. Unfortunately, it is not always easy to pinpoint a cause.

The reasons why there is a disease of the sympathetic nervous system are multifaceted. Damage to the cervical or thoracic spine often contributes to this. But trauma, tumors, or infections can also be possible triggers. In some four-legged friends, Horner’s syndrome occurs due to a diseased thyroid gland or otitis media. Sometimes it is enough to pull too hard on the animal’s collar. It is also conceivable that Horner’s syndrome is favored by problematic teeth or skull features. In most animals, no cause is found. Then it is said in the technical jargon that the fur nose suffers from an idiopathic Horner syndrome.

In dogs, Horner’s syndrome can be associated with pain, impaired sweat secretion, and dilated blood vessels. However, dog owners can recognize the disease most clearly from the following symptoms:

It is also important to know that the three symptoms do not necessarily have to occur together. They can also occur individually and independently of one another.

In principle, Horner’s syndrome can occur in any dog. Older animals are more often affected. Labrador and (golden) retriever breeds are particularly susceptible to this disease. In addition, Cocker Spaniels, Collies and mixed breeds from five to nine years of age are among the breeds that often develop it.

Treatment and chances of recovery

Anyone wondering whether Horner’s syndrome is curable in dogs cannot be given a clear answer. It always depends on the underlying disease. For example, while otitis media is easy to fix, the case with a tumor can be different. For this reason, it is imperative to find out what causes the disease can be traced back to. Basically, the following treatment approaches for four-legged friends should be considered:

If the diagnosis is aimed at a tumorous disease, there may be no cure for Horner’s syndrome in dogs. However, there is also no one hundred percent certainty that the four-legged friend will be completely cured with other causes.

It usually takes several weeks for improvement to appear.

Spontaneous healing can occur within several months. It also makes sense to switch from a collar to a harness to reduce the risk of injury.