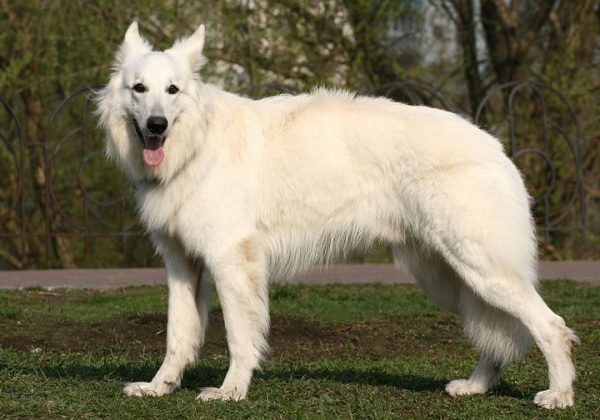 The American White Shepherd, as described by the United Kennel Club, is a well-balanced, muscular, medium-sized dog. Slightly longer than taller, with clean white hair of medium length, protruding ears, and a low-set, uncropped tail that usually reaches the hock and is worn slightly curved like a saber. The white shepherd dog is quite strong in its physical qualities, but not huge and not bulky, it should look fit. The profile of the White Shepherd Dog is smooth, not angular. When moving to a trot, he begins to move in large leaps due to a strong push with his hind legs. The hind legs move forward, under the front legs, to the place where the trail was left by the latter. The difference between the sexes is very noticeable.