Looking for the perfect German Shepherd name? In this article, you will find many ideas from A to Z that fit the athletic and noble four-legged friends.

When choosing a German Shepherd’s name, dog owners can orientate themselves on the character and appearance of the dog breed. Many dogs in this category score with good obedience, develop a close bond with their humans and are often the first choice as police dogs, rescue dogs, and the like. In addition, German Shepherds are the perfect guardians, and many make wonderful family dogs.

With regard to their character traits, names that mean “loyal” or “protective” can be included in the shortlist. It is also original to name your German shepherd after famous cousins who have been admired in films. 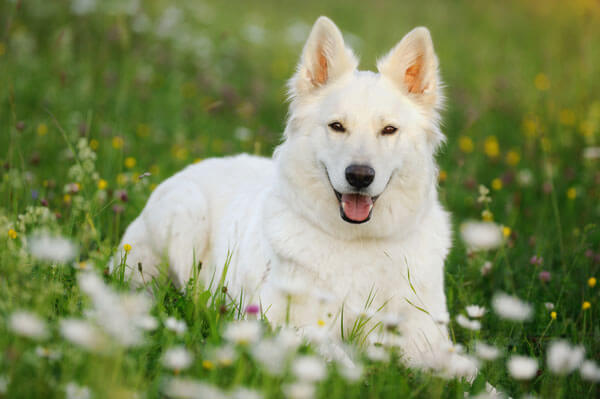 Here you can find all male dog names.

The popular name comes from Greek and means “the protector” or “the defender”. Since German Shepherds are outstanding guard dogs, the name fits perfectly.

With the meaning: “The ruler of the house”, the name Harry is just right for all German Shepherds. Plus, Harry just sounds like a best friend.

In the film “My partner with the cold snout”, a German shepherd named Jerry Lee acts as a drug detection dog. The double name goes perfectly with all-male shepherd dogs who use their nose either as a hobby or professionally.

Shepherd dog lovers agree: The four-legged friends are loyal beings who develop a special bond with their humans. The Hebrew name Kaleb means, among other things, “the dog” and “loyal”.

Shepherds are loyal four-legged friends who protect their people from danger. The name Teddy means: “The protector of its owner”.

This name expresses the deep friendship with a shepherd dog. The translation of the name Cara is: “The dear one” or “the dearest” as well as “friend”.

For all Scandi fans: Freya is a Nordic name and means “the ruler” or “the noble one”. Thus the name is tailor-made for shepherds.

Since the movie Harry Potter, the pretty maiden name has been given more and more to bitches. With the expressive meaning “the warrior”, Hermione does credit to a courageous German shepherd.

No matter if Belgian, white, German, or black shepherd bitches – all of them have something graceful due to their physique and their self-confidence. The female dog name Lady expresses exactly this sublimity.

Does a shepherd show mercy with burglars? Probably not, after all, four-legged friends in this category give everything to protect their families. As an irony, the name Mercy fits, because the English word means “grace” or “mercy”.

Sam – the short form of Samantha – is the name of the shepherd dog who appears in the film “I am Legend” at the side of Will Smith. The meaning of the name also fits the obedient shepherd dogs perfectly, because it means “the listener” or “the one who obeys”.