Have you noticed that often the dog whirls on the spot before it goes to rest? Scientists say that in this way the tailed pets of man try to “crush the leaves and grass” to create a kind of cozy nest. This is how the distant ancestors of dogs who lived in a free environment have always done. 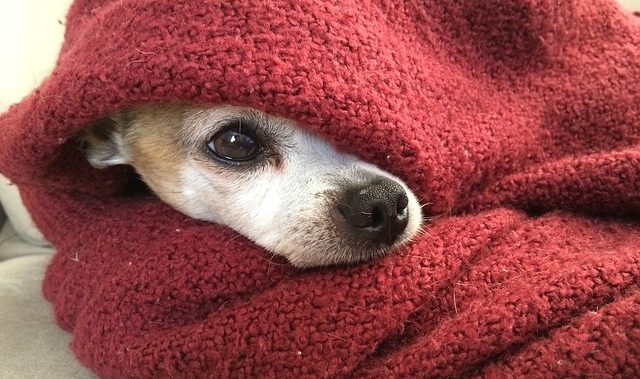 Once upon a time, while dogs were not yet tamed, they spent the night exclusively on the streets, under the starry sky. Often they did not have enough comfort and warmth. Scientists say that it was then that one smart dog decided that if he stomped on what he was going to sleep on (it doesn’t matter if it was snow or grass), it would be much more comfortable and pleasant to sleep.

Dogs also often “bury themselves” as it were. The explanation is simple – when it’s hot outside, you need to dig a hole in the soil in which you can find a saving coolness. And when it’s cold, such a pit will also come in handy – it is easier to hide from the wind in it and maintain a stable temperature.

And even if your pets living in the house no longer need such habits, they still spin in place and “bury themselves”.

But if your dog often behaves anxiously, cannot normally fit for the night, pay close attention to this – for sure he has some kind of problems with the body. If your observation has brought you conclusions that the dog is worried about something, immediately take him to the veterinarian.