I got Japanese Chins by chance, but the further I go, the more I fall in love with this breed. It is not clear to me why so little is known about them. The Japanese Chins are confused with Pekingese, Pugs, and Papillons, but this is a completely different dog. 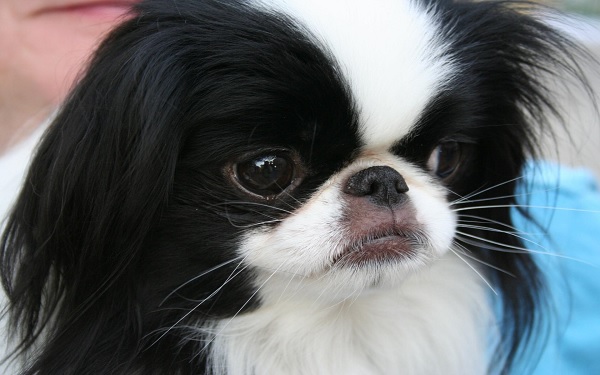 Japanese Chin can be compared to Japanese technique. This breed is not spoiled at all. Yes, they were taken out on purpose, but they were dogs, inaccessible to the majority of the population. They were taken out of Japan only by ambassadors. And until now, if you want to bring a dog from there, it will be spayed or neutered. To buy a puppy there, you need to collect a huge number of recommendations, but even they will not guarantee that the baby will be sold to you. This is a national treasure.

Breeder Observations: The Japanese Chin is a samurai dog. She is brave, perfectly guards, and will not let the owner be offended. But at the same time, they are not at all aggressive and responsive to affection.

Japanese chins do not bark, they grumble. If you do something, from his point of view, wrong, he will pout his lips and thus express dissatisfaction. The last word must remain with him.

The Japanese Chin will not be imposed. If you are busy, they are quite capable of keeping themselves occupied.
Japanese Chins are great parents. At the same time, the father takes the most direct part in caring for the puppies and often replaces his “wife” so that she can rest.
The Japanese Chin remains quietly alone during the day. He’ll just lie down on the couch and sleep. Even if you leave somewhere and leave your pet “for a nanny”, he will get bored for a couple of hours, and then he will be fed, petted – and he will enjoy life again.

From experience: It is impossible not to love Japanese Chin. For example, if our puppies leave for new owners, often already their neighbors begin to ask for a puppy.

Japanese Chins are highly trainable and can be trained in many things. For example, these dogs can participate in agility.
However, they do not need special training – they just grasp everything on the fly in the process of communication.

Breeder’s recommendation: It is absolutely impossible to punish these dogs! They understand words perfectly. But they, in principle, are not inclined to do nasty things.

Japanese Chins are very human-oriented, so contact with the owner is the best motivation for them.

Japanese chins are healthy dogs. Many fear that bulging eyes can cause problems, but this is not the case.

Despite the fact that the hair of the Japanese Chin is long and beautiful, it does not require specific maintenance. You can use regular shampoo (even without balm), dry your pet – and it looks great.

Breeder Observations: Molting is also not a big deal. They have no undercoat, and the structure of the wool is similar to human hair. Therefore, it is perfectly combed and easy to clean.

Despite the absence of an undercoat, they tolerate the winter well. You don’t need to buy any clothes, but you can dress up your pet if you feel like it.
Japanese Chins are very clean and almost odorless. My dog goes to the toilet on the street, and the “girls” are accustomed to litter boxes.

Oddly enough, Japanese chins are not very fond of meat. The most important thing for them is vegetables. They may be beggars, but if you bring them up, they will be very obedient.