The Japanese Chin is an affectionate, loyal, happy, calm, and sensitive dog. He loves to give and receive affection and most of the time he wants you to pet him. Over time, he becomes very attached to his owner. He is very friendly towards other people and he also makes friends quickly with strangers.

Japan Chin at a Glance 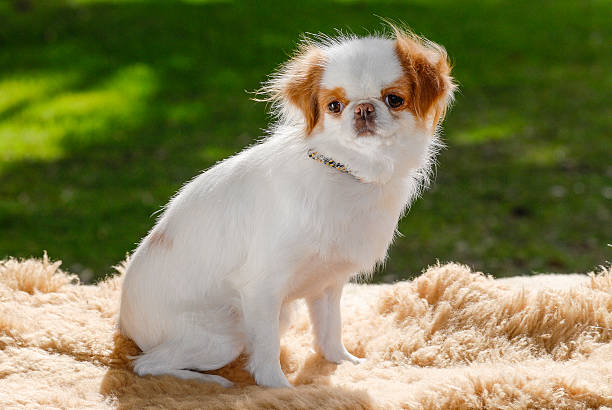 He should always be in contact with people and never left home alone. He is not an easy dog ​​to train as he is very sensitive and stubborn to training methods. His training should be gentle, loving, and patient with a lot. He is a good watchdog who will bark when strangers approach. He loves to play with his toys or romp outside in the garden. He is a typical house dog that should not be left alone. He is very sensitive to heat and humidity and can have trouble breathing in hot weather.

He doesn’t need to be taught much since he’s a couch potato. He gets along well with other dogs, cats, and pets. He is an ideal playmate for young children as long as they treat him fairly. He loves to climb up things and clean himself on the sofa like a cat. Sometimes he may snort, sneeze, or wheeze. He loses a lot of hair over time and should not be kept in a household where a lot of attention is paid to cleanliness.

The Japanese Chin is 25-30 cm tall and weighs up to 6 kg. He has a long, thick coat that is silky and straight. Its fur can be black and white, or red and white.

His fur needs to be cleaned occasionally. However, some owners brush their fur regularly to remove dead hair early. This is how they prevent a lot of hair from being spread around the house.

History of the Japanese Chin 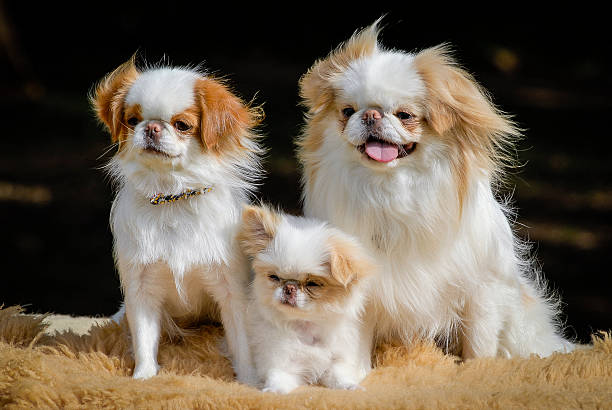 The Japan Chin probably originated in China or Korea and later came to Japan. He was bred to be a playmate for the Japanese ladies of the imperial court. In 1853 the first Japanese Chin came to England and was presented to Queen Victoria as a gift.