There are rules postulating that “walking pets should be carried out subject to the mandatory provision of the safety of citizens, animals, the safety of the property of individuals and legal entities.” 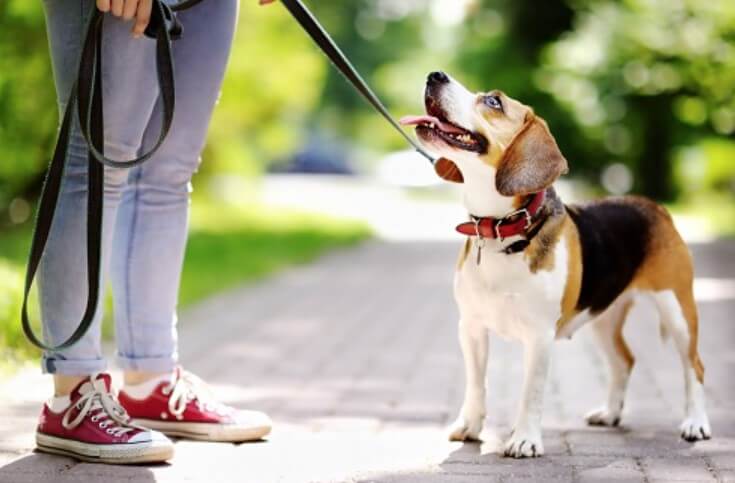 The same rules state that when walking the dog owner must “exclude the possibility of free, uncontrolled movement of the animal when crossing the carriageway, in elevators and common areas of apartment buildings, in the courtyards of such houses, on children’s and sports grounds.”

When moving by all types of land transport, the dog must also be on a leash, and sometimes in a muzzle. It is possible to release the dog from the leash only on specially designated fenced areas or in uncrowded places.

It should be remembered that a leash is not only a means of limiting the freedom of a dog, it is also a means of influencing a dog, a means of education. An owner who walks a puppy or a young dog off a leash runs the risk of teaching his pet to pick up near-food products from the ground, run far and run out onto the road, chase cats and pigeons, pester passers-by and dogs, and most importantly, ignore his commands. A command not confirmed / not approved by the leash is an empty sound.

Until a young dog has been raised, it should not be released from the leash.

If you start to walk a young dog off-leash ahead of time, he will quickly understand (differentiate) the difference “on a leash – not on a leash.” And if this happens, then your whole subsequent life with a dog cannot be called happy.

And life, and even more so in the city, is full of all sorts of surprises. The loud exhaust of a passing car, the unexpected sound of a horn, a barking dog on the opposite side of the street, an unusually behaving person, a firecracker suddenly launched on the lawn, and the first reaction of a young dog to such situations is to escape as a way out of the sphere of action of a dangerous stimulus. It is as a result of such situations that dogs are lost or killed. It is not possible to foresee them, but you can eliminate the consequences by walking the dog on a leash.

Even walking in a forest park or suburban forest, letting the dog off the leash, its owner must ensure that it will not pester strangers or dogs. And the owner’s phrase: “Don’t be afraid, she doesn’t bite” is absolutely not a polite phrase and does not resolve the situation. A person who does not want to communicate with a dog does not want to do this, because he is in a hurry, he is allergic to dogs or, despite the fact that he loves dogs, right now he does not want to communicate with them. Communication should not be imposed on those who do not want it. This is at least impolite.

And you should take your pet on a leash if they are coming towards you with a dog on a leash. And before you let your dog to another, you need to ask permission from the owner of this dog.

And the conclusion will be this: you can walk the dog without a leash by choosing an appropriate place and observing some rules.