If you remember, a dog is a highly socialized animal. That is, a peculiarity of a dog is its existence as part of a team (family, flock). And this feature is her specific need and is called the need in the group. Living outside the group is an exception, it is wrong and it is pathology.

Being out of the group for all socialized creatures – both for humans and for dogs – means experiencing social stress. Sometimes it is simply called the fear of loneliness. 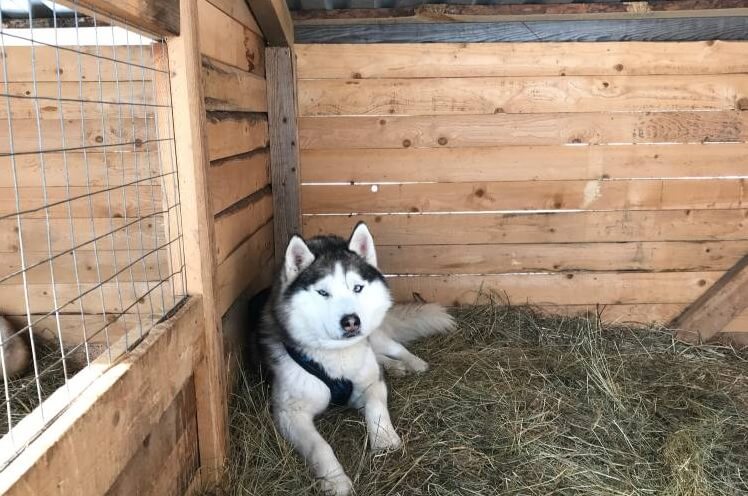 As a rule, the dog group keeps rather compact in its territory. The center of the territory is a comfortable resting place (lair), which is usually occupied by the founders of the group. They are sometimes called leaders. The further the animal keeps from the center of the territory, the lower its rank. Having reached a certain distance from the center, the subject ceases to be a member of the group. Remember this.

Puppies up to 4 months old generally keep close and strive to be as close to their parents as possible. They usually sleep huddled against each other or one of the parents.

Adult animals rest, of course, at a distance from each other. But it is not as great as the distance from the enclosure to the sleeping room in the dog’s owner’s house.

Now you understand that for a dog to live separately from a person as a founder, as a leader of a family pack means living in a state of stress.

Puppies are especially worried about this situation. In their genes it is written that they should sleep, feeling the warm sides of brothers, sisters, and parents. It means that you are in the group, it means that you are safe. And thermoregulation in puppies is still imperfect. Therefore, the overwhelming majority of puppies experience panic when they are sent to settlements, to the periphery of the family’s territory, to the border where subdominants, outcasts, and pariahs live.

Therefore, the overwhelming majority of puppies and young dogs react very violently to their sudden placement in an aviary, because this is expulsion from the family.

It is clear that dogs begin to fight stress and win. And the gain is called adaptation. You have to live. And the dogs get used to and adapt to live in settlements. The severity of stress is reduced. And everyone seems to be happy? But no! The dogs win and the owner loses.

Getting used to living outside the family, dogs begin their parallel life, relatively independent of the lives of people who consider themselves the owners of the dog. They begin to live side by side, but no longer together. Dogs may even stop considering themselves to be members of a host group. And such a way of life no longer presupposes the very love, devotion, dependence, and obedience that we so expect from a dog. Yes, you can live without conflict with such a dog, but already on the basis of equality. Somewhat aloof.

So How Do You Train Your Dog for an Aviary?

The simplest and most radical way: we take the dog into the enclosure and close the door. Whatever the dog does, we do not let him out of the enclosure. We can come to her as much as we like: feed, caress, play. But we don’t let out of the enclosure for a week. After a week, we switch to the usual mode of life: we begin to walk the dog, but the rest of the time the dog spends in the aviary. In a month, if there are no contraindications, we open the door of the aviary forever. During this time, the dog will become so akin to the aviary that it will be the safest and most comfortable zone for her.

If the first way can be called revolutionary, then the second way is evolutionary.

Even if the dog lives in the house, the feeder and drinker are only in the enclosure. And collect all the toys and put them in the aviary. And for yourself, put a chair in the aviary.

Go into the enclosure 20 times a day, feed the puppy there, play there with him, or just sit, read a book, or knit socks. You can even cover the door of the aviary. I think that in a week the enclosure will become at least a neutral room for the dog.

After a week, stop feeding the dog just like that. Divide the daily feed intake into 20 parts. They let the puppy out into the yard, and unnoticed for him went into the enclosure and poured the first portion of 20 feed into the bowl. We find the puppy, cheerfully shout “Place!” and at a gallop, we rush, dragging him along with us to the aviary. And there the puppy finds food. By the way, I shouldn’t find it anywhere else. And so 20 times a day. A week later, at the command “Place!” the puppy will run to the aviary ahead of you. During this week, the aviary will become a vital space for the dog.

Start covering the enclosure door while the puppy is eating. Offer him long-chewed bones, but only allow him to chew in the aviary. In this case, the door can be closed.

“Play” and “run” the dog until tired and send it to the aviary to rest.

In the General Course of Training, there is such a wonderful skill as “return to the place”. Train your dog to return to the “seat” and stay on it for a while. As you practice the skill, lay out the “place” in all corners of your plot/yard and get the dog to come up to it. Gradually increase the duration of the dog’s stay in the “spot”. Place the “spot” in the dog enclosure from time to time and finally leave it there with the dog.