Helminthiasis is the infection of animals with parasitic worms. So, horses of the same herd can be infected with different types of parasites and have different intensities of invasion. The causes of helminthiasis are usually rooted in hereditary predisposition, unfavorable conditions of detention, type of feeding, degree of exploitation, and care in general. 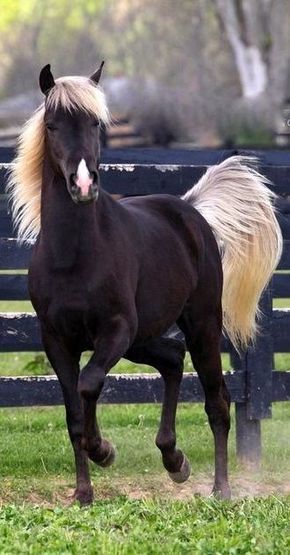 All parasites have a negative mechanical effect on the horse’s body, causing inflammation, irritation, and even tissue rupture. Also, helminths release toxins, having a pathogenic effect on the respiratory, cardiovascular, and nervous systems. Allergic reactions are also possible with helminthiasis in the form of a skin rash, urticaria, and the formation of parasitic nodules.

The most common disease. The causative agents are large and small horse piles (Strongylus and Cyathostominae), which parasitize in the large intestine, and the larvae migrate through the body.

Infection occurs through the alimentary or percutaneous route. The mobile larva enters the bloodstream through the skin. It is also possible to swallow or transfer them while sucking milk from the mother. In most cases, adult horses are only carriers, and clinical signs of the disease appear in foals between 0.5 and 3 months of age.

There are several forms of strongylosis: intestinal imaginal, extraintestinal larval, and hepato-peritoneal. With a slight invasion, the only sign of the disease is a slowdown in the growth and development of the animal. With a strong infection, strongylides cause thromboembolic colic, focal inflammation, hematomas, and necrosis of intestinal areas. In animals, the abdomen increases, appetite disappears, intestinal function is disrupted, diarrhea and alfortious peritonitis develop, the coat becomes dull, and exhaustion is observed.

This disease is also quite common. It is caused by a nematode of the ascaris family (Parascaris equorum). Animals swallow eggs of parasites together with water and food, as well as when licking feeders and walls of stalls. Therefore, parascariasis is often referred to as a stable disease.

In the horse’s stomach, larvae emerge from the eggs of parascarids, which are sent to the lungs. Then they are coughing up and re-swallowed, after which they penetrate into the small intestine, where they develop further to the sexually mature stage. Foals and young horses infected with parascaris have coughs and nasal discharge, diarrhea, and an enlarged abdomen. Animals lose weight, lag behind in development. Anemia, nervous excitement are possible. Adult horses are asymptomatic. Recovered animals develop resistance to parasites, so adult horses are most often asymptomatic.

The causative agent of the disease is Oxyuris equi (horse pinworm), which settles in the blind and large colon. Infection occurs when eggs are swallowed. Often, oxyurosis is called tail combing due to its characteristic feature – tousled hair on the tail. This is because pinworms irritate the rectum and the horse tries to catch the itchy area with his teeth. Under the tail, a gray-white mucous membrane containing parasite eggs is visible. The animal experiences constant itching in the anus, dermatitis, colitis, enteritis, exhaustion, severe anxiety is possible.

Mostly the disease affects animals kept in dirty, damp stables. The peak of the disease is observed in late winter – early spring. With herd keeping, oxyurosis is much less common. Foals under the age of 1 year and old horses are especially susceptible to this helminthiasis.

The causative agents are nematodes of the genus Habronema. Sexually mature helminths are localized in the stomach of horses and donkeys, in the larval stage – in the skin and lungs. Distinguish between imaginal and larval forms of the disease. At the first, the symptoms are mild: uneven appetite, mild colic are observed, although sometimes serious damage is recorded up to a ruptured stomach. The larval form depends on the penetration of the parasite. If flies bring larvae into wounds, then larval gabronemosis, or summer ulcer, develops. In this case, the animal experiences severe itching, bleeding, and increasing granulation that appears on the wound, and then a dry crust. In the skin, the larvae do not reach sexual maturity. If flies carry the larvae onto the mucous membranes of the mouth and nose, then they, as a rule, are swallowed and turn into adults.

The causative agents are the nematodes Parafillaria multipapillosa. They parasitize in the intermuscular connective tissue and in the subcutaneous tissue. At the head end of the parafilaria there are special formations with which they pierce the skin, which leads to bleeding. The blood attracts an intermediate host, the stinging fly. During feeding, the fly swallows eggs and parafilaria larvae with blood. After reaching the invasive stage, the larvae re-enter the horse’s body, where they live for several years.

Most often, adult herd and workhorses are infected. On their skin (in the area of ​​the withers, shoulder blades, and back), dense tubercles the size of a pea or bean is formed, on which bleeding (sections) appear under the influence of heat, which is why the disease received another name – the section of horses. Gradually, the blood coagulates and, dries up, forms crusts and scabs. With a strong invasion, anemia is found.

The disease develops when a small horse pile (nematodes of the Syngamidae family) enters the body. In the summer, sick animals have a perversion of taste, changeable appetite, diarrhea, colic. The coat becomes dull and tousled. In winter, colic intensifies, diarrhea is accompanied by bloody discharge, the animal is exhausted, cachexia is possible.

The causative agent is cestode tenia. Infected animals have impaired digestion (diarrhea and constipation alternate), colic and weight loss are observed, enteritis is possible. Some types of parasites can lead to intestinal intussusception, intestinal perforation, and the formation of parasitic tumors.

The choice of the drug depends on the causative agent of the invasion. As a rule, broad-spectrum anthelmintics are prescribed to destroy the imaginal stage parasitizing in the gastrointestinal tract. Regular planned deworming can significantly reduce both the contamination of animals and the seeding of grazing or housing areas. Insecticides and repellents are used to combat blood-sucking insects.